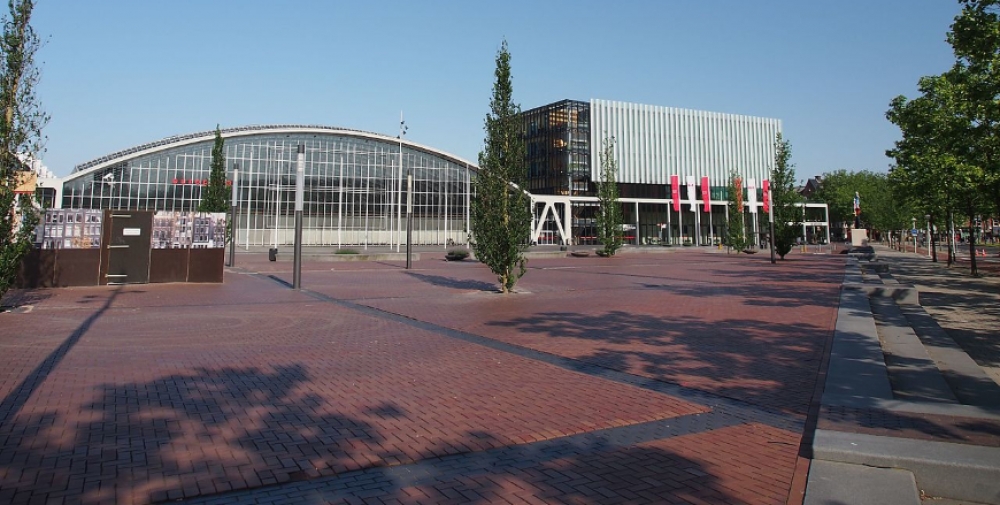 Hitachi Digital Media Group have been named a finalist in the Technology InAVation Awards 2017 in the “Technology for Small Group Presentation – under 20 people” category. The brand was nominated for it’s new LED projector technology, which is ideal for customers in the education market thanks to a range of new and exclusive features.

The Digital Divide and screen time

The more technology that is introduced into education, the more discussions are had regarding accessibility and usage. Edtech expert Nicole Ponsford takes a look at how the Digital Divide and issues surrounding screen-time can overlap.

What is the Digital Divide? Wikipedia describes it as: “an economic and social inequality according to categories of persons in a given population in their access to, use of, or knowledge of information and communication technologies (ICT).” Or you could say that the social-economic or demographic differences in access to technology is creating a gap in what skills people have and therefore what opportunities they may have in the future. What we know in schools is ‘the gap’ in attainment and progress.

As a teacher, I pride myself on thinking outside the box. Rather than going down the traditional route, I often think of more creative ways to teach lessons.

The content of the first email may have been forgettable, but when Ray Tomlinson first fizzed that message over the ARPANET between two side-by-side computers in a Cambridge laboratory, communication changed forever. That was in 1971. Since then email has remained, despite decades of technological innovations, the staple tool for communication between computers.

By rights it should be a redundant relic, rusting beneath the surging tides of technological evolution. Instead, email is more integral to our lives than ever. It is hard to imagine the most consummate maestro of instant messaging, inveterate IRC idler or turgid Twitterer considering, even for a moment, that anything short of the grim reaper himself could render his trusty email account unnecessary.

Admittedly the currents of change have shined its surface somewhat, but at its core, modern email is still the snail mail imitating, “to me, to you” messaging system that was invented almost forty years ago, before even the internet itself was established (and long before the Chuckle brothers first uttered their timeless mantra).

It is a living fossil that we could not live without. Whatever the reasons for its longevity, it can be said with confidence that if email did not exist, it would be necessary to invent it.

But what would email be like if it were invented today?

Wave is Google’s answer. Announced in May 09 and currently in an extended preview release, it is a real-time communications and collaboration tool that aims, through a fusion of the internet-based communications technologies of the last decade, to be the reinvention of email.

When you send an email, each recipient gets a copy of the message and can reply to it by sending another email. A wave, in contrast, is a “hosted conversation”: a single, living document which can be updated, edited and viewed by everyone who has been invited to participate in it.

But to compare a wave to an email is only to glimpse its glinting crest. A brief plunge into the fathoms of potential beneath (school goggles firmly attached) reveals several tantalising prospects for Wave’s application in education.

•    Real-time Collaboration
Everything within a wave occurs in real time. Participants can see changes made to a wave by other participants as they happen, character by character, with each participant’s contributions distinguished by colour. Students could work together on a wave without the need to crowd around a single computer, and could participate in collaborative assignments from their separate homes. Without leaving their desks, teachers could view students’ waves as they develop and add comments or corrections at relevant points. The promised availability of rich-text formats, including graphs, graphics and pictures, should make wave documents suitable for a variety of different subjects.

•    Playback
Perhaps Wave’s biggest draw as a collaborative editing tool is the ability to "play back" - again, character by character - a wave’s history. This eliminates the potential for version errors (which can occur when two people try to edit the same part of a document at the same time). It could also enable teachers to see exactly what each student has contributed to a collaborative wave.

•    Bots
The pace of progress in computing is both augmented and exemplified by the recent emergence of a horde of independent developers, armed to the teeth with the tools and creativity to take communication to new levels. Google hope these developers will really push their bid to make Wave the world’s preferred communications tool.

Google want independent developers to add functionality to Wave by creating “bots”. A bot is a piece of code that can be added to any wave, and that allows the wave’s participants some additional functionality. For example, if one were to add the “Rosy” bot to a wave, it would automatically translate (in real-time) everything a participant typed in English into French, and vice versa. Another bot, “Bloggy”, enables the automatic conversion of a wave into a blog post.

By providing full, open-source access to their API, Google hope to encourage huge numbers of developers to contribute bots that will make Wave the richest and most fully engaged communications tool available. With the right bots, integration with Virtual Learning Environments and the ability to export a wave to any document format could be achieved with just a few clicks.


The preview version of Wave has received its share of criticism, and it’s true that the interface is quite cramped and feels unnatural - shortcuts are confusing, and when more than two or three people reply and re-reply to different segments of a wave, it can become very complex, very quickly.

For this latter reason in particular (and, obviously, because of decades of habit), it’s likely that we’ll see waves used in exactly the same way as emails – new waves created as replies to existing ones - for some time yet, and so long as this is true, Wave cannot convincingly claim to be the reinvention of email.

But if Google address the feedback of their users and developers before the product's full release, Wave could certainly become a new stage in email's evolution – and a powerful tool for collaborative work.