Jacqui is the editor of a technology curriculum for K-fifth grade and author of two technology training books for middle school. She wrote Building a Midshipman, the story of her daughter’s journey from high school to United States Naval Academy midshipman. She is webmaster for five blogs, an Amazon Vine Voice book reviewer, a Cisco blogger, a columnist for Examiner.com, and a weekly contributor to Write Anything. Currently, she’s editing a techno-thriller for her agent that should be out this summer. Contact Jacqui at her writing office, WordDreams, or her tech lab, Ask a Tech Teacher.

If you’re interested in technology textbooks for K-5, visit Structured Learning. You’ll find the tech curriculum Jacqui Murray and hundreds of schools across the nation use.

Website: askatechteacher.wordpress.com Email This email address is being protected from spambots. You need JavaScript enabled to view it. 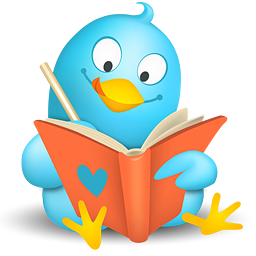 Twitter can easily be dismissed as a waste of time in the secondary school classroom. Students will get distracted. Students will see tweets they shouldn't at their age. How does one manage a room full of Tweeple without mobile phones? Is it even appropriate for years 7 and 8?

Here's some ammunition for what often turns into a pitched, take-sides verbal brawl as well-intended teachers try to come to a compromise on using Twitter (in fact, many of the new Web 2.0 tools-- blogs, wikis, websites that require registrations and log-ins, discussion forums. You can probably add to this list) that works for all stakeholders:

You learn to be concise

Twitter gives you only 140 characters to get the entire message across. Letters, numbers, symbols, punctuation and spaces all count as characters on Twitter. Wordiness doesn’t work. Twitter counts every keystroke and won’t publish anything with a minus in front of the word count.

At first blush, that seems impossible. It’s not, though. It challenges you to know the right word for every situation. People with a big vocabulary are at an advantage because they don’t use collections of little words to say what they mean, they jump right to it. All those hints your English teacher gave you–picture nouns and action verbs, get rid of adverbs and adjectives–take on new meaning to the Twitter afficionado.

A blank white page that holds hundreds of words, demanding you fill in each line margin to margin is intimidating. 140 characters isn't. Anyone can write 140 characters about any topic. Students write their 140 characters and more, learn to whittle back, leave out emotional words, adjectives and adverbs, pick better nouns and verbs because they need the room. Instead of worrying what they'll say on all those empty lines, they feel successful.

Social networks are all about netiquette. People thank others for their assistance, ask politely for help, encourage contributions from others. Use this framework to teach students how to engage in a community--be it physical or virtual. It's all about manners.

Students learn to be focused

With only 140 characters, you can’t get off topic or cover tangential ideas. You have to save those for a different tweet. Tweeple like that trait in writers. They like to hear what your main topic is and hear your thoughts on it, not your meanderings. When you force yourself to write this way, you find it really doesn’t take a paragraph to make a point. Use the right words, people get it. Consider that the average reader gives a story seven seconds before moving on. OK, yes, that’s more than 140 characters, but not much.

Here’s an idea. If you feel you must get into those off-topic thoughts, write them in a separate tweet.

Start a tweet stream where students share research websites on a topic. Maybe the class is studying Ancient Greece. Have each student share their favorite website (using a #hashtag -- maybe #ancientgreece) and create a resource others can use. Expand on that wonderful skill they learned in kindergarten about sharing their toys with others. Encourage them to RT posts that they found particularly relevant or helpful.

Writers call this the title. Bloggers and journalists call it the headline. Whatever the label, it has to be cogent and pithy enough to pull the audience in and make them read the article. That’s a tweet.

Tweets need to be written knowing that tweeple can @reply

Yes. This is the world of social networks where people will read what you say and comment. That’s a good thing. It’s feedback and builds an online community, be it for socializing or school. Students learn to construct their arguments expecting others to respond, question, comment. Not only does this develop the skill of persuasive writing, students learn to have a thick skin, take comments with a grain of salt and two grains of aspirin.

Create #hashmarks that will help students organize their tweets. #help if they have a question. #homework for homework help. Establish class ones to deal with subjects that you as the teacher want students to address.

Students learn tolerance for all opinions

Why? Because Tweeple aren't afraid to voice their thoughts. They only have 140 characters-- why not spit it right out. Because the Twitter stream is a public forum (in a classroom, the stream can be private, but still visible to all members of the class), students understand what they say is out there forever. That's daunting. Take the opportunity to teach students about their public profile. Represent themselves well with good grammar, good spelling, well-chosen tolerant ideas. Don't be emotional or spiteful because it can't be taken back. Rather than shying away from exposing students to the world at large, use Twitter to teach students how to live in a world.

Breaks down barriers when talking to other people

Students are less worried about typing 140 characters than raising their hand in class, all eyes on them, and having to spit out the right answer. With Twitter, students can type an answer, delete it, edit it, add to and detract from, all before they push send. Plus, it's more anonymous than the class, with no body language or facial expressions. Just words--and not many of those. Students have their say, see how others respond, have a chance to clarify. What could be safer.

Twitter is exciting, new, hip. Students want to use it. It's not a boring worksheet. It's a way to engage students in ways that excite them.

Consider this: You're doing the lecture part of your teaching (we all have some of that), or you're walking the classroom helping where needed. Students can tweet questions that show up on the Smartboard. It's easy to see where everyone is getting stuck, which question is stumping them, and answer it in real time. The class barely slows down. Not only can you see where problems arise, students can provide instant feedback on material without disrupting the class. Three people can tweet at once while you talk/help.

I tried this out after I read about it on Online Universities and turns out, it works as well for year 9 students as it does for years 12 and 13. Springbarding off student engagement, Twitter can act as your classroom notepad. Have students enter their thoughts, note, reactions while you talk. By the time class is done, the entire class has an overview of the conversation with extensions and connections that help everyone get more out of the time spent together.

Inspiration doesn't always strike in that 50-minute class period. Sometimes it's after class, after school, after dinner, even 11 at night. Twitter doesn't care. Whatever schedule is best for students to discover the answer, Twitter is there. If you post a tweet question and ask students to join the conversation, they will respond in the time frame that works best for them. I love that. Thats a new set of rules for classroom participation, and these are student-centered, uninhibited by a subjective time period. Twitter doesn't even care if a student missed the class. S/he can catch up via tweets and then join in.