Every teacher surely thinks of Robin Williams’ character, John Keating, in Dead Poets’ Society, who said, “There’s a time for daring, and a time for caution, and a wise man understands which is called for”, who then dreams of standing up on the desk and generally being truly inspirational in an effortless, lesson-plan-thrown-out-the-window kind of way (or is it just me?). That sort of maverick behaviour is perhaps possible when it’s the last few weeks of the summer term, or when the government inspection has just finished and nobody is looking to observe anything beyond the speed limit on the driveway out of school. But surely the rest of the time is ‘a time for caution’, right?

I have never thought about myself as being a ‘disruptor’. At least, I hadn’t until I handed out some whiteboard marker pens to my Year 9s and asked them to write examples of their assigned descriptive device on the desk. They looked absolutely horrified – the Dettol spray and J cloths only mildly mollifying them. It was when I did this that I felt a little thrilled at the thought that they were doing something educational that made them feel a bit naughty - and I was the cause of it! And they were writing. Lots.

I’d picked this idea up from somewhere on the internet, but it got me thinking. I made them write on windows. Whiteboard marker pens and Dettol spray were played harmoniously through our descriptive writing symphony. I could hear Williams’ voice resonating in my ears, conducting our creativity: “Carpe diem, boys!” Actually, it was probably the Year 9 boys’ voices telling me to “stop spraying smelly Dettol”, but you get my point. In the end, they thought it was pretty cool (although I paraphrase and they have reliably informed me that nobody says ‘cool’ anymore, except me.)

So, who fancies being a renegade? Maybe some of the following quick and easy ideas will persuade you:

1. Literature analysis with balls of wool

Using wool, the pupils then have to make connections from one of the quotations to link it to the characters involved in the quotation – who said it, who they said it to, who it was about etc – and then they use more wool to make connections to which themes are involved in the quotation. This works well as both a whole group activity or as group work. The key thing is making it big, so getting outside on a calm day or in an assembly hall works best. The key purpose is to show how to infer a lot of meaning from a short quotation, and the whole group discussion or feedback from groups is so important in helping all pupils to grasp this. They can then take photographs of this task for revision and/or to stick in their books. 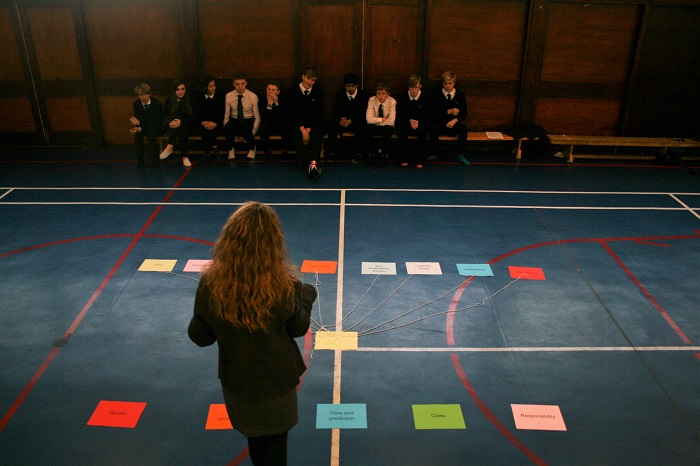 I’m pretty sure many teachers have used the game Penalty Shootout for quizzes about any subject they are teaching. To add that extra element of competitiveness (that isn’t ‘fixed’ by a computer game), I like to take the pupils to a real goal post with a real football. The teacher can be in goal, or the pupils can nominate a team member to be ‘goalie’. The point is allocated to the team who answers the question correctly and then scores a goal. If they don’t score, they don’t get the point. Questions can be devised by the teacher (remember to have one for a sudden death situation!), or prepared by the teams in class before going outside. If you don’t have a goal post, go old-school and throw some school jumpers, mats or bags on the floor. Don’t forget your red card! 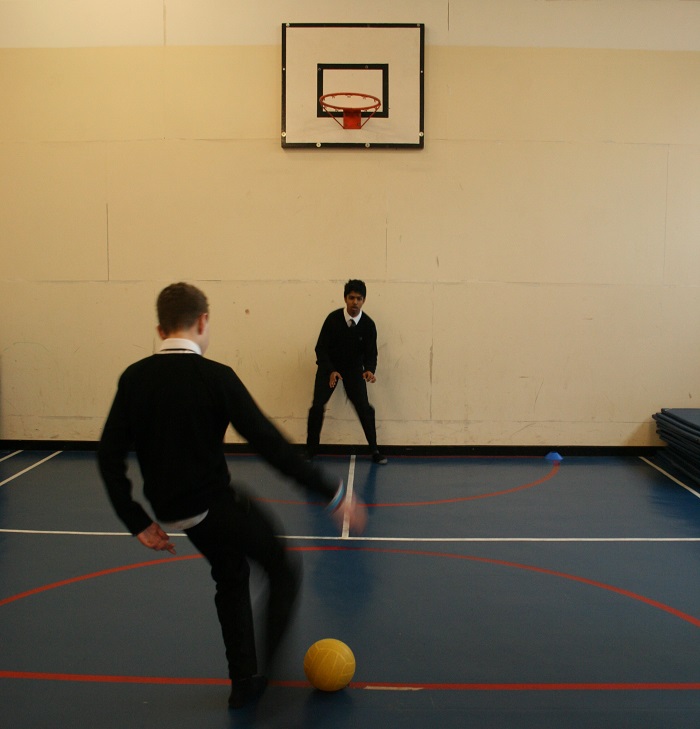 Not many of my pupils are the stature of Michael Jordan, but they soon dream of his success when doing a quiz and using the basketball hoop for scoring. As with Penalty Shootout, it is another fun way of keeping score that includes that extra competitive edge to the occasion. 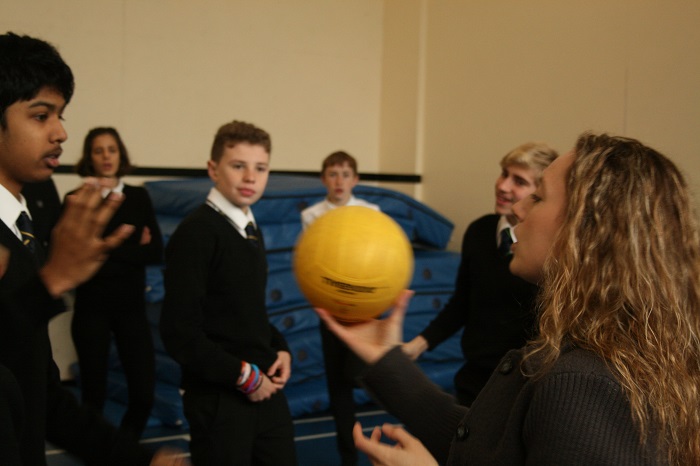 This one is inspired by Paul Ginnis’ The Teacher’s Toolkit, where he uses a hula hoop for his Centre of the Universe activity (another immediately engaging task that requires very little preparation, if any!). I use a hoola hoop for challenging pupils to answer as many questions as they can in the time they can hula hoop for. This might be a fairly quick event, but the catch is they have to answer the one question before they start hula-hooping in order to start their challenge. That way, everyone still has to answer a question! 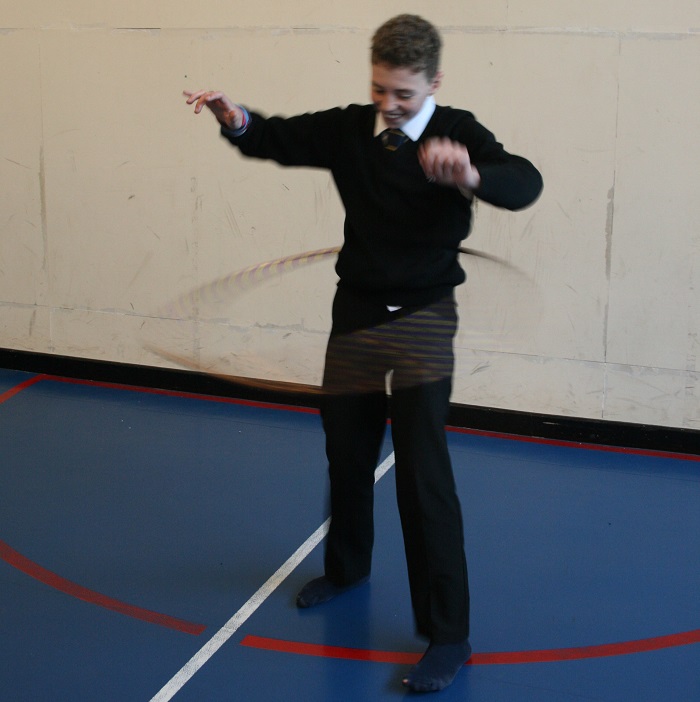 I read about this activity somewhere a couple of years ago. You can wrap questions up with a prize in the middle, but if you’re short on time as I always am, a tub with folded paper is equally effective - so long as you have the prize on standby for the person who’s answering the last question, and smaller edible treats for all involved! The thing I have discovered that really makes the moment is playing Justin Fletcher’s Pass the Parcel song from YouTube. If you do this, be sure that you will be serenaded with the song for lessons to come.

Remember, I gave you fair warning! 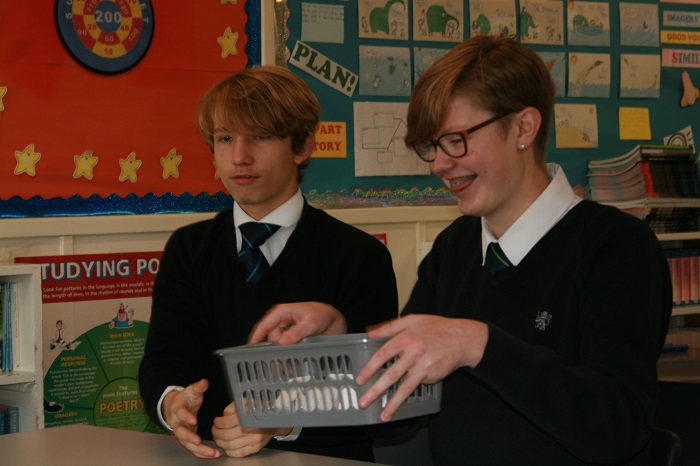 Sometimes, getting ideas flowing is half of the battle for children, and using a human writing chain is a way of showing how ideas link together in this tactile activity. You can give the pupils a topic to ‘write’ collectively about, although this is a verbal exercise. One pupil will start the story or poem with a sentence, and then the other pupils have to jump in and connect by linking arms and say a sentence that follows on from the previous one. Some pupils enjoy jumping in (and getting it over and done with). Others hang back; if they do, they need to make sure that the last line finishes the narrative or poem in a coherent way. It’s a bit like ‘consequences’, except they do know what is preceding their input, but it can still be really funny and challenges them to get started on being creative in a low-pressured way. Taking them outside for this can work well as they can then use what is around them for inspiration. This activity could also be made cross-curricular by giving a breakdown of the stages of an experiment from memory in Science, for example, or having a conversation in a foreign language. 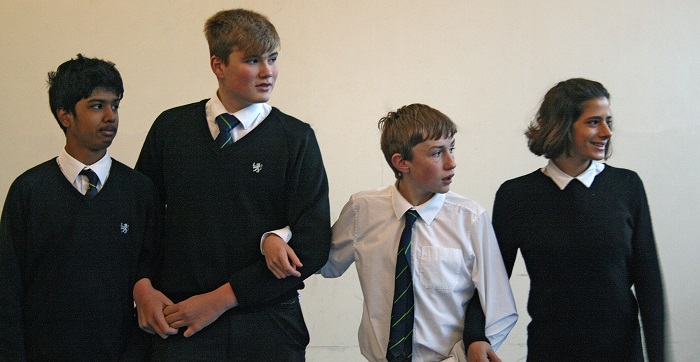 All of these activities make me feel a little daring. There is the risk of possibilities for error and, as with any taught lesson, you have to be prepared to manage the situation. But in the end, if you feel like you’ve broken the mould, the pupils have had fun and learnt something, then surely that makes ‘the wise man’ amongst us feel a little bit more inclined to ‘carpe diem’? And maybe we are in fact a little bit more like Keating than we actually think?