Cyber-bullying – How headteachers can help

Julia has over 30 years’ experience working in the education sector as a specialist and advisory teacher for SEND and mental health. Previously a Local Authority Coordinator leading on educational projects and community learning in the public, private and voluntary sectors and freelance writer. She is a specialist teacher for children with dyslexia and an Advisory Teacher for children with mental health issues and medical and health needs. 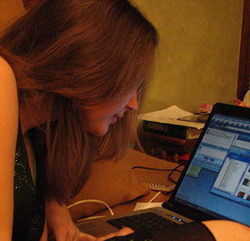 Anti-bullying week is upon us and schools will be taking action to highlight the effects of bullying and, more importantly, offer some solutions as to what pupils and staff can do about it. Helping individuals to understand that bullying is a serious form of abuse encourages them to speak out sooner, to seek help and to protect themselves and others from the devastating effects of bullying.

The more traditional forms of bullying are still prevalent but in recent years there has been a huge rise in cyber bullying. Cyber-bullying can come from individuals or groups, via the internet through social networking sites, and targeting the victim direct through texting and e-mailing. The initial findings of a study conducted by the National Society for Prevention of Cruelty to Children (NSPCC), worryingly highlight the extent of bullying, cyber-stalking and unwanted sexual attention online. In these instances, bullying can also include aggressive language, threats, blackmail, racism, sexism and homophobia - often causing victims to self-harm and, in the worst cases, to take their own lives.

The NSPCC (2013) report that there are a large number of children under the age of thirteen using Facebook, YouTube, Twitter and other social networking sites despite these networks often setting a minimum user age of 13. Safer technology expert Claire Lilley says the charity is "particularly worried about the impact of the risks on younger children". The study found that one in five children claim to have been victims of cyber-bullying and that 10% of children aged 11-16 years are targeted daily by internet ‘trolls’. An internet troll is an abusive user who anonymously frequents social networking websites, news sites, blog sites, discussion forums and gaming sites enabling them to make public comments, promote arguments, post inflammatory, inappropriate or insulting messages causing disharmony and upsetting people with the deliberate intention of provoking an emotional response.

Individuals often feel isolated and don’t know where to turn. The charity has called for a proper strategy to protect children from cyberbullying and Prime Minister David Cameron has urged operators of websites that allow cyber-bullying to show some responsibility.

The myth that headteachers can do nothing about cyber-bullying, which takes place outside the confines of the school arena, is simply not true. In fact, The Education and Inspectors Act 2006 gives headteachers the power to regulate the conduct of pupils when they are off school premises. As long as the school’s behaviour policy makes it clear that disciplinary sanctions may be imposed even in relation to conduct which takes place outside of school. This enables headteachers to respond to actual or perceived abuse. There is no reason why the headteachers cannot take action against a pupil who goes online using a home computer, mobile phone or tablet to bully other pupils or staff members.