eSafety: The balance between filtering and monitoring

E-Safety has been a passion of Alan Mackenzie’s for a long time. He loves technology and the huge benefits that can be realised through global connectivity and collaboration, and is a strong believer that e-safety is an enabler, not a showstopper.

Alan became a CEOP ambassador in 2006, “which was a great starting point, but there is far more to e-safety; the world is changing and technology is diversifying at an extraordinary rate”. He works with hundreds of schools and other organisations including the Police, voluntary and charity sectors, and also with commercial entities, allowing him to keep at the frontline of this ever-evolving area.

Website: www.esafety-adviser.com Email This email address is being protected from spambots. You need JavaScript enabled to view it.

As published in the March 2013 edition of our magazine. 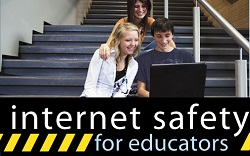 Debates about internet filtering in schools may never go away - at least not so long as pupils and teachers are prevented from accessing online curriculum resources, and draconian policies are pursued by local authorities or other education bodies. I have visited schools that block as many websites as they realistically can, so afraid are they of the risks to pupils. Ofsted itself frowns on this practice (although I have yet to visit a school that has been asked a question about how they manage internet filtering).

There are three very good reasons why we limit internet access in schools: to safeguard children, to protect the school against liability, and to ensure that pupils use the internet for the right purposes. For the first two of these, a filter - a piece of software that blocks pupils’ access to certain internet content - works reasonably well. Modern filters are relatively good at reducing access to illegal and inappropriate material, and are becoming more difficult to bypass.

For the third purpose, filters are less effective. Even sophisticated filters can end up inadvertently preventing pupils from accessing internet content that is harmless and useful. An innocuous website about biology, for example, might be blocked if the filter identifies certain words or terms on the site.

Sites can be manually removed from a filter’s blacklist by an administrator, but this is a time-consuming process, requiring the pupil to contact a teacher, who would then either have to log in himself to enable the pupil to see the site, or contact the school’s IT staff in order to have the site unblocked.

Moreover, the appropriate use of the internet is a complex and contentious matter. There are myriad opinions on what pupils should or should not, and can or cannot, be prevented from accessing online at school.

Monitoring can help with these problems. In simple terms, a monitoring system - rather than preventing access to internet content - reports pupils for potentially inappropriate activity on the internet and any part of the school network. (This is an important point to note: not all inappropriate activity involving IT takes place via web browsers.)

In our biology website example above, monitoring software would not have prevented the pupil from accessing the site, but would have highlighted his having done so by, for example, sending an email to a member of staff.

It’s important to note that monitoring and filtering are not mutually exclusive: a site can be blocked and the attempt to access it reported. Indeed, in many cases some combination of filtering and monitoring is probably the best solution.

Consider the following example. A very worrying modern trend is that of pro-anorexia and pro-bulimia sites: that is, websites that openly promote these conditions.

Let’s say that one of your pupils searches online for a pro-anorexia site. The search engine gives some results. If your school has an effective filtering system, but no monitoring, the student will click on a link and be prevented from accessing the site.

However, staff would not be alerted to the pupil’s attempt to access the site. They would only find out about it if someone frequently read through all the recent internet activity records of each pupil at the school - a process that could well be prohibitively time-consuming. Meanwhile, the pupil may well have accessed the website outside school, unbeknownst to her teachers and parents.

If, however, an effective monitoring system had been in place, this would have identified the pupil’s attempt to access the site as potentially inappropriate, captured a screenshot of the attempt and immediately emailed this (along with details of the pupil’s account) to a teacher in charge of pastoral care or a head of year. There would be clear evidence that the pupil - or someone using the pupil’s account - had attempted to access the site, including the time and date of the attempt and the search term used - which might in this case have been “How to hide effects of anorexia from parents”.

The school would know that it had a safeguarding concern and could quickly take an appropriate course of action. With a filtering system in place as well as the monitoring one, the pupil’s access to the site could have been blocked as well as reported to the relevant staff member.

It is beyond the scope of this article to consider what internet content should be filtered (blocked) as well as reported by a monitoring system and which should simply be reported. Moreover, no monitoring software is perfect. However, by highlighting pupils’ attempts to access potentially inappropriate online material, monitoring systems give schools some scope to filter less aggressively. Their presence alone may well deter pupils from engaging in any inappropriate activity on the school network. And those pupils who do misuse the network are more likely to be found quickly, whereupon they can be dealt with in accordance with the school’s behaviour and disciplinary policies.

The primary purpose of eSafety measures must be to protect children. But they should also, as far as possible, give schools the freedom to benefit from IT and the internet. Realistically, this requires a balanced combination of filtering and monitoring. In some cases, a measure of human monitoring - the checking of certain pupils’ network activity and internet logs by a member of staff - may also be necessary.