Close your eyes and picture this: endless blue skies, heat shimmering in waves off the ground, the sound of cockatoos screeching at each other from the nearby palm trees, and a pine tree covered in tinsel and Christmas decorations. Something of a contradiction to most, but the only kind of Christmas I knew for a quarter of a century. The Christmas you see in the movies, with the snowy cottages and open fires and everything happening in the dark still doesn’t seem real to me.

But it’s not all barbecues and beach cricket (besides, we spent most of our Christmases in the pool at my parents’ house). Santa’s got it tough in the tropics; that red suit that works so well up in the North Pole has been known to leave him on the verge of heatstroke where I’m from. True story. 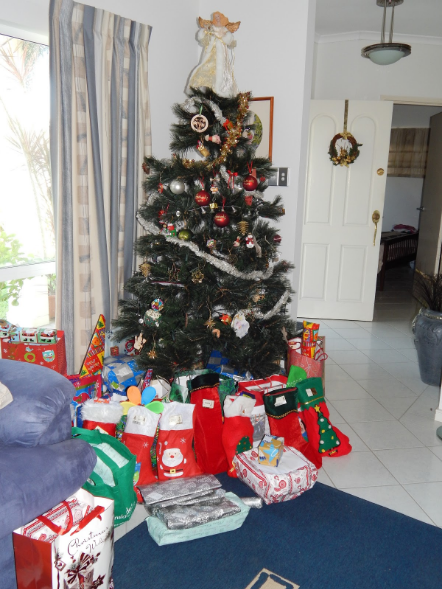 How do I bring that into my classroom? Perhaps more importantly, why should I? The community that I teach in is fairly insular. It’s an urban area, but the sphere of experience that my students have is fairly limited. Like many other teachers, I see part of my job as teaching students about the wider world and about the life experiences of others. My students struggle with the idea of time zones, that when I’m teaching them it’s not only night time where I come from, but it’s the future. The idea of Christmas being in the middle of Summer? Mind = blown.

We teach our students about Christmas in other cultures in all the usual ways. The different names for Santa Claus, the different foods “Last year several form groups got together and donated lots of Advent calendars.”that are traditionally consumed, the different ways to say ‘Merry Christmas’ in however many languages we can Google. We teach them various traditions and songs - Aussie Jingle Bells will forever be a favourite of mine. For me, once I get past the time zones, the fact that Christmas is in Summer (and funnily enough, that’s not July!), and that no, we don’t all spend it at the beach, students come to realise that the traditions we have are much the same. Sure, we cook everything from the turkey to the vegetables on the various barbecues my dad has, but that’s about not wanting to heat the house up further than it already is. But other than that, Christmas is about family, about spending time with each other, about good food and good company.

We used to video chat with my parents every year with my Year 7 students so that they could chat to them ‘in real life’ and try to understand the idea of Christmas in the tropics. I’m not really sure who enjoyed it more - the students, my dad, or the staff who would inevitably drop in on the pretext of needing a favour.

I tell my students about the years I spent helping my mother organise and run the children’s Christmas party at the hospital she worked at. This was a rural hospital that had outreach clinics every week for children who lived in remote areas. We’d start fundraising and shopping for it in January - it wasn’t a fancy party with big sponsorship and expensive presents for the children; it was a lot of selling raffle tickets, searching online for bulk deals on cheap toys, and volunteers running the whole event. It was about 180 children, mostly indigenous, all seriously ill, none of whom you wanted to get in the way of when the call came out that Santa had arrived. For some reason I always got landed with face painting duty. I have trouble with stick figures, but it was my responsibility to paint Christmas trees, Santas and the odd Spider-Man logo.

These children had so little, and the little we gave them “The idea of Christmas being in the middle of Summer? Mind = blown.”was so big to them. Give them an iced lolly, a bag of sweets, a bit of face paint and a cheap toy, and in return you’d get the biggest, stickiest grin you’ve ever seen. The reason Santa nearly got heatstroke was that once they finally got to the front of the queue, the children didn’t want to leave him. It wasn’t unusual to have to fetch Santa a cold drink and a wet towel to cool him off!

In recent years we’ve carried on the tradition of giving something to those in need at Christmas in a variety of ways. As a school we donate goods and create hampers, which are then distributed to the elderly and vulnerable, and often lonely, members of our community. Last year several form groups got together and donated lots of Advent calendars, which we passed on to our local food bank to distribute to families. It’s a tiny donation from each student, but quite a gift to many children. It’s something I plan on coordinating again this year, as we know that some members of our community rely on food banks more than ever.

For me, Christmas will always be about people, not presents. Whether I’m on my own in the cold, dark world that is England in Winter, or whether I’ve sold my soul to afford the flights home to paradise to enjoy it in person, it’s about what we can give, not receive. That’s the message I always try to get across to my students and to get them take part in. Now if you’ll excuse me, I’m off to dream of seafood and pavlovas… 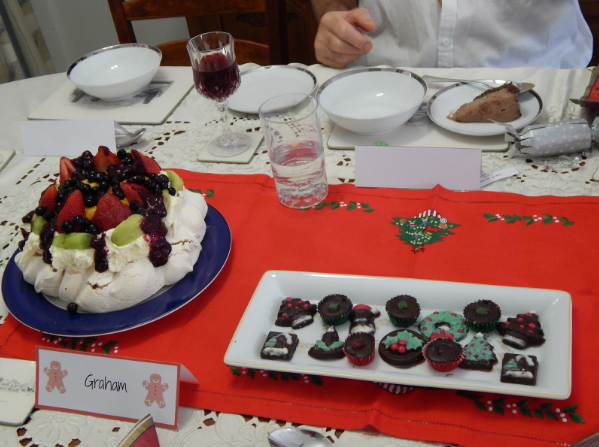 Are you an expat teacher? Share your Christmas stories below.