Standing in the street as a costumed Suffragette throwing reasoned arguments during a ‘Votes for Women’ dramatization, I remember encountering a curious mix of responses. A melting pot of confusion (understandably, it’s not often a Suffragette march passes you by in 2013), interest and awe, but also criticism; “What are you complaining about? Women have the vote! What a pointless protest.” Accurate as it may be that British women have the right to suffrage, annual events such as International Women’s Day continue to highlight that equality for women is still a very real issue that transcends political rights, cultures, religions and geographical borders, and will forever remain an invaluable part of modern education.

Why is it valuable to focus on gender equality in History lessons?

An evolution of societal attitudes – in all areas

I began my career in an all-boys school in a working class area which taught a very traditionalist curriculum, with content delivered from a gendered perspective. War, gore and how men had carved the pathways of time. However, new topics meant different content and interestingly a new specification brought with it the concept of revolutions within society focusing on a broad demographic range; the advent of the teenager, moving towards multiculturalism and the evolving role of women. We explored concepts such as stereotyped advertising through to the Equal Pay Act, equal marital rights and the extent to which women were experiencing an improvement in access to higher education. 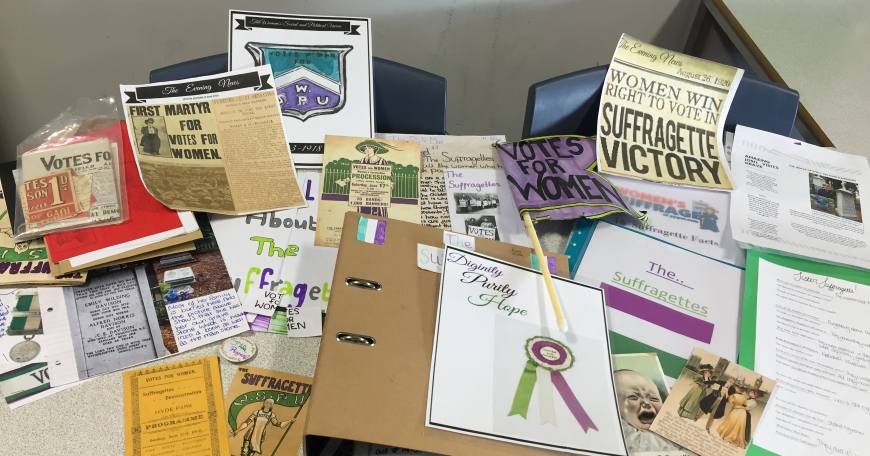 The perennial conclusion drawn by the students was that things had begun to progress but equality had not yet been attained, drawing upon contemporary gender pay gap measurements as evidence. When asked as to why they thought this could be, they were able to articulate that change is not instant, there is no sudden volte-face, and that for society’s expectations to change there must be a period of time through which new laws, education and frameworks play their part as agents of change. For these factors to be effective, there must be a sustained focus on addressing the imbalances that exist. The boys confessed, that they had not fully appreciated the impact and scale of female inequality. They were also shocked at how recent some developments had been. They felt empathy and understanding, and could then also apply those concepts to a greater range of elements of society who to may be experiencing marginalisation, such as religious or ethnic groups.

So, to the heckler on the street corner who questioned why we must still “bother to bang on”, the simple reply is that society must continue to reflect in order to progress. We must look back at starting points, gauge the current situation and push for development. Unless students are taught to measure progress and embrace questioning “expected norms” in order to challenge inequality (in whichever form), attitudes could suffer the fate of stagnation, ignorance and even worse, regression. So, by empowering them with the knowledge and example of the evolutionary path of a woman’s role in society, students can continue to help society progress towards even greater tolerance.

It is no uncommon fact that STEM subjects experience less female uptake and that as a result, the profession has an imbalance of genders taking up roles. Positive recruitment campaigns aim to redress this and provide opportunities for more girls to explore their potential within this, and other, curriculum areas. Linking to the idea of evolving attitudes, I think back to my own childhood with very gender-specific toys and clothing colour choices. Today, I believe there is an attempt to create more gender-neutral items, which is a more positive step towards preventing the embedding of stereotypical during infantile development resulting in misconceptions that future pathways are pigeonholed by gender. That is where teaching equality in History can play a key part in co-constructing mind-sets.

Offering a diverse range of topics which showcase the different roles played by both men and women can help students to explore the full spectrum of opportunities open to them. Brunel was a renowned engineer. So too were women like Lady Parsons and the key women who established the Women’s Engineering Society (1919). Pioneers and trailblazers? The Wright Brothers and Amelia Earhart provide great case studies. What about advances in science and medicine? Why not draw upon both Alexander Fleming and Elizabeth Blackwell? Equally so for traditionally ‘female’ roles there are historically influential nurses such James Derham and Florence Nightingale. If we can, as educators, teach about role models from the past, we can help to avoid role traps and provide tangible, inspiring examples for both genders. Resultantly, students can collaboratively shatter notions of ‘spheres of influence’ and glass ceilings, waving goodbye to gender stereotyped occupations, pastimes and pay scales. 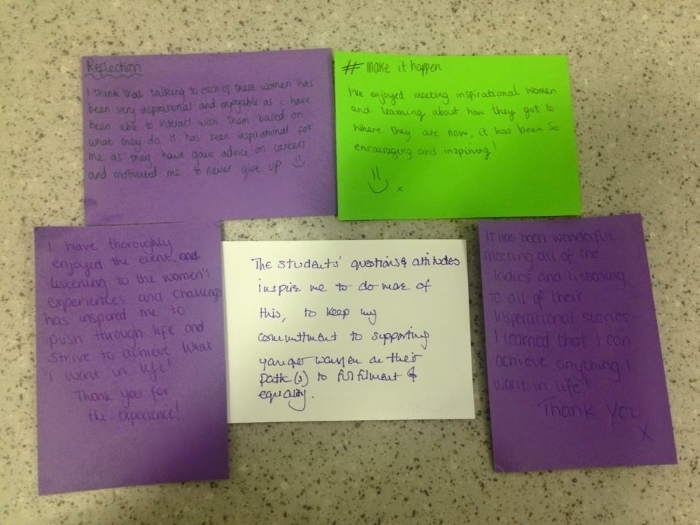 Celebrating and cherishing our rich history

Would you ever sit down with a book and choose to solely read the odd numbered pages? Then why should History be equally selective in its content? The past is like stepping through the wardrobe into Narnia. Contained in the past is a complex range of interesting, inspiring, shocking, profound and ground-breaking moments that help students to understand how society has changed through the course of time and come to exist as it does now. To teach a gendered perspective of this would be to deny students the opportunity to appreciate half of the fibre that makes the framework in which we all coexist. Women such as Marie Curie, Anne Frank and Elizabeth all played pivotal roles in the forming of our world and our later understanding of the past. Female History, in tandem with male History, should be equally taught just as all past achievements, events and experiences were jointly felt.

Germaine Greer? Those who chucked flour at Bob Hope? Women smashing shop windows on Black Friday? Certain examples do provoke a polarisation of opinion. To some, feminist groups can appear like alien and radical groups and so can provoke fear through a lack of understanding of their meaning, their experiences and purpose. Through History lessons, we able to fill the gaps in awareness and provide historical context as to why groups have emerged and cast light on the value of their interpretations and chosen campaign methodologies.

The women campaigning during the Miss World Pageant were doing so out of concern of the objectification of women and their drive to challenge this. So too with that, we have the opportunity to empower women with the history of female strength and their ability to be forces of positivity within society. To support this, it is important to balance out stories of female persecution (the ‘witch hunts’), villainy (‘Bloody Mary’) and certain positions or roles (the wives of Henry VIII) followed by a sudden jump to feminist groups, such as the Suffragettes. This is to avoid students learning a ‘victim-centric’ perspective of the past mixed with a sudden apparition of ‘radical’ women.

Whilst it is valuable to study those topics, it is key to also include examples of strength that contribute to this historical tapestry; Rosa Parks, Harriet Tubman and Malala Yousafzai. There lie examples of how women have sought to overcome persecution and why feminist groups evolved and campaigned as they did. Teaching the wider spectrum of female actions and motives avoids black and white perceptions of such polarising examples (for example, my students are shocked that the Suffragettes campaigned on issues such as education and children’s welfare, and not just female suffrage). This enables girls to feel female empowerment and for boys to share in that perspective, avoid a lack of awareness and to support those campaigns. After all, men too marched alongside groups who campaigned for women’s suffrage in Britain.

Whilst there has been a shift in the curriculum focusing on women through history, the inclusion of ethnic minority women is largely neglected by the curriculum. As a Muslim, female trainee teacher of Bangladeshi descent, upon reflection of my own time studying History at school, the curriculum neither reflected my ethnic background nor my faith. I can now claim that it was only through my undergraduate studies in History that women from ethnic minority backgrounds were finally represented.

During this time, we looked at La Malinche and her role during the Spanish conquest of the Aztec Empire, the poetry of Sarojini Naidu, an activist for Indian independence, and the abduction of women during the sectarian violence that followed the partition of India. This was the first time, through studying individual women and women from different ethnic backgrounds, that I felt closer to their cultures. History lessons allows students to learn about difference, different countries, cultures, political systems and religions. Thus allowing them to broaden their understanding of the multi-cultural society in which they live.

Breakthroughs have been made in introducing cultural diversity within the History curriculum; the discussions among my Year 8 students regarding the importance Rosa Parks’ bus boycott was testimony to the fact that there is a place for ethnic minority women in History lessons. This reflects the wider cultural initiatives occurring at the moment, designed to promote an understanding of the multi-cultural society in which we live, such as the Visit My Mosque day. But there is clearly room for progression in terms of filtering in diverse ethnic minority women within the History curriculum. Advances in technology have broken down global boundaries, making the world a smaller place. Students should, therefore, be able to engage with the diverse global cultures and their rich histories.

Do you bring issues of equality into History lessons? Let us know below!