‘History Mysteries’: How not knowing leads to great knowing!

One thing that always interested me about History was the growing realisation that even the supposedly simplest and most straightforward facts are quite often shrouded in a mystifying narrative; a trail of sources that leaves the true story open to a range of opposing interpretations and outcomes. Whilst we may think we have answered all the questions and arrived at the correct conclusions about the sequences of events, a differing theory or discovery of a contradictory source can suddenly debunk the accepted.

That is what makes learning History so fascinating; the mysteries. The definite mysteries that we may never solve or we can see evolving into an answer as decades move forward, or the certain chronicle that suddenly finds itself turning into a cryptic puzzle as later evidence emerges. Within us all is a person who wants to know the answers when challenged by the unknown, and to embrace the exhilaration of cracking a Sherlockian case. Instead of a just a ‘Whodunnit?’, exploring history mysteries involves a wider spectrum of narratives and therefore can offer a far more rich tapestry of skills including analysis, questioning and the evaluation of places, events and persons. Follow me down the rabbit’s hole into the wonderland of history mysteries.

History Mystery Approach 1: The beauty of a good story… with an unknown ending!

As History teachers, we are blessed with a subject that has a wardrobe full of (metaphorical and real) skeletons. Students, like us, love a good mystery with no obvious answer, and there are a range of events and people who offer us the opportunity to engage our students in super sleuthing their way through assumptions and facts. You can even roleplay a character, or ask other students to role play characters to introduce it. Some of the best mysteries to base lessons on include:

History Mystery Approach 2: Mysteries based upon real events or themes

As a trainee teacher, I was introduced to what became the course favourite go to book for activities and strategies, ‘Thinking Through History’ (Fisher, Wilkinson, Leat, 2000). Within this book are a series of historical mysteries supported by an underlying narrative, based upon factual events or themes. Using clue cards, students are encouraged to hypothesise, identify prominent clues, challenge assumptions and fish out red herrings to get to their final judgement(s).

The marvellous thing about these types of activities is the open ended nature to them, that there are a range of possible answers, most of which could be correct, which can ignite debate. This supports the students in their rationalisation that sometimes events have more than one cause or that blame cannot be solely attributed to one thing, and that questioning the conclusions drawn by others based upon the same evidence is imperative. What is really fascinating about these mysteries is that in that with each class or in differing years that I deliver a mystery, no two classes come out with identical conclusions. It is worth recording these and then presenting them to classes in later years so that they can see what their predecessors determined and whether they agree. The most popular ones I have found include:

Had it not been for foolishly believing at a young age my father’s regaling tale of King Tut’s mummy’s curse and the fate of Lord Carnarvon et al., I had originally fancied that I might become an archaeologist. Who says that we can’t still realise our own Indiana Jones dreams and nurture budding archaeologists? Waiting, hidden in sand, stone, ephemera or archives, are buried nuggets of history, waiting to be uncovered. By digging deep (literally) into the past, a student’s curiosity can be awoken and the thrill of uncovering the past brought to life. There are a range of different ways to approach buried treasure in History, and many different themes and events can be used as a backdrop. Such approaches could include: 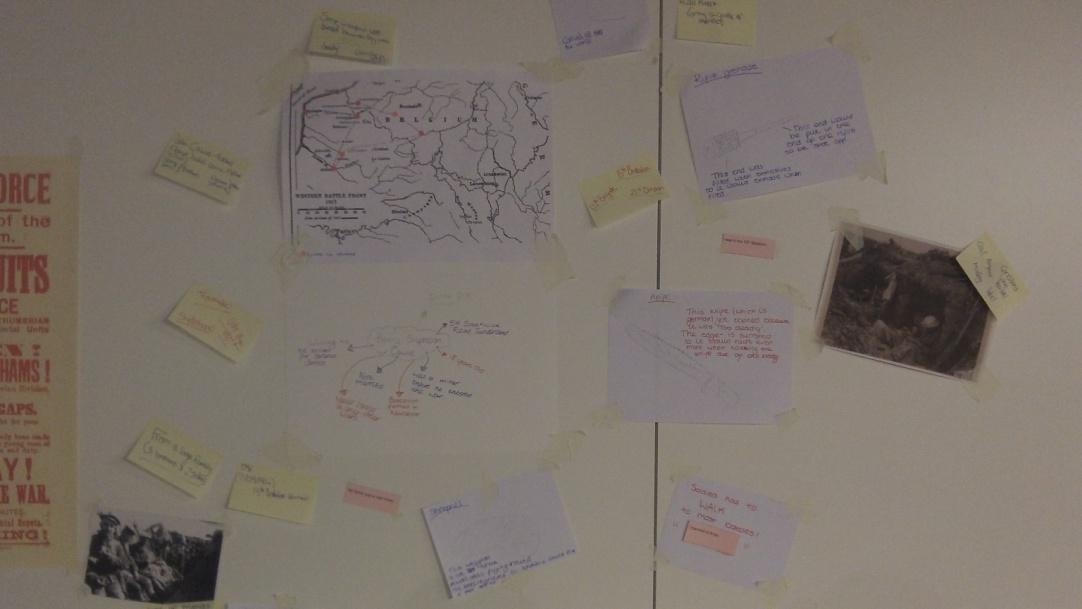 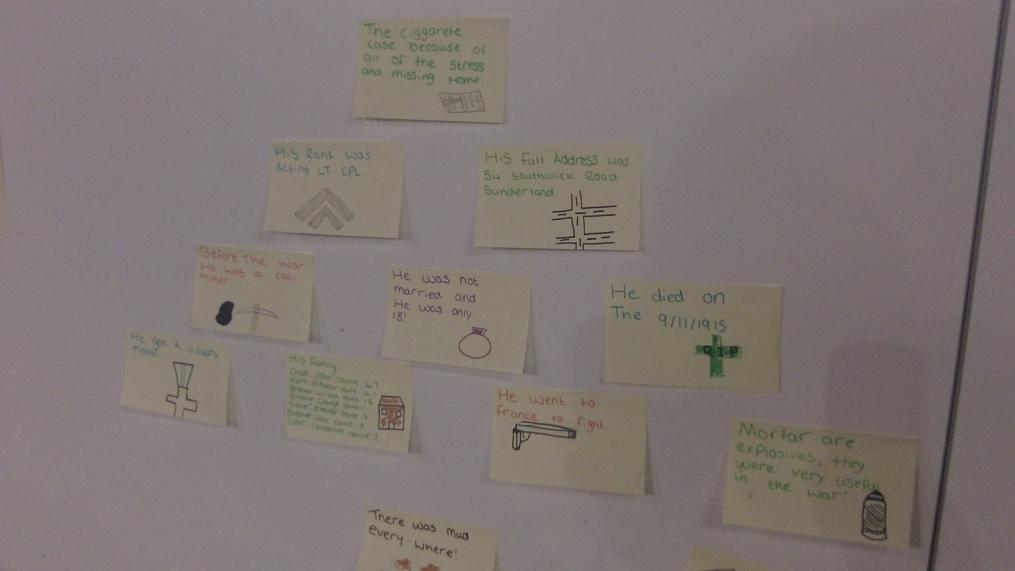 History Mystery 4: The props and objects

History is quite often perceived as a difficult subject which involves a lot of essay writing and the use of written or visual sources found in textbooks or printed on paper; a one-dimensional discipline. Cast that assertion aside by allowing the students to have a hands on approach to History and learn how to use a range of differing sources to unlock mysteries.

I once worked in a living history museum. It became really clear that rather than just reading about History, people wanted to touch it, taste it and experience it, and that in order to do so there were other types of sources which could do that. How did diet contribute to such a high mortality rate amongst the working class? Try the watery porridge (milk was a middle class luxury) or bread and jam (sugar to give poor children and workers sufficient calories). What can Victorian toys tell us about children at this time? Explore the toys and advertisements. The tangibility of objects and the use of props which can engage a range of senses and unlock the past. 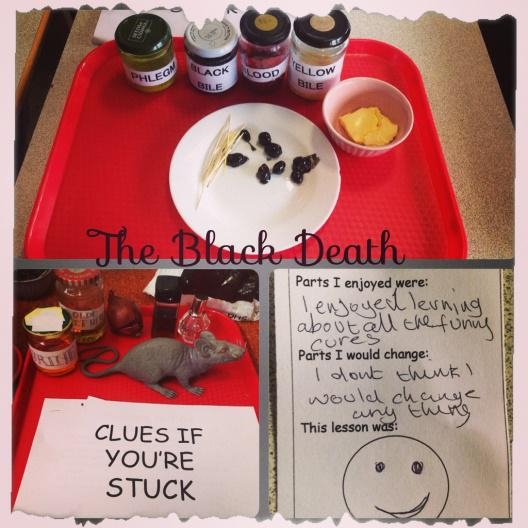 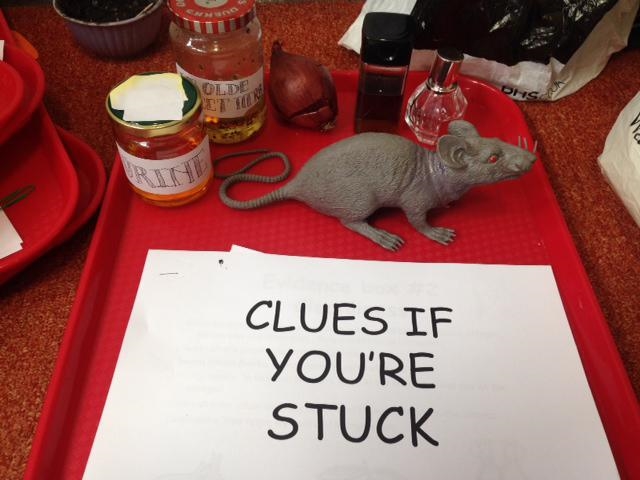 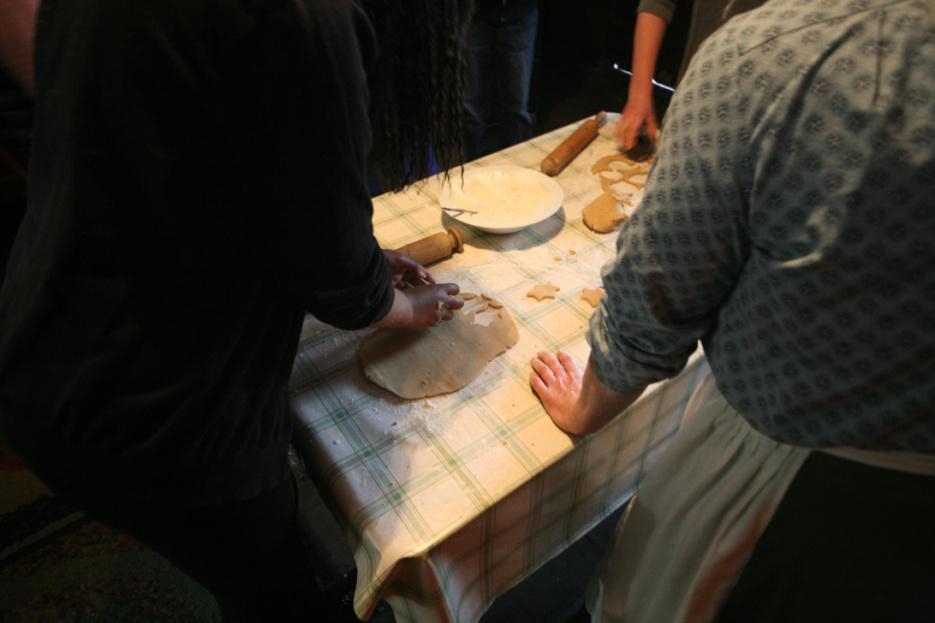 If I could put one student comment into Room 101 it would have to be “it’s a photograph/film taken from the time so it must be true.” My common response is to put a snapchat image of myself up on the board with the latest filter or a photoshop image of me with Queen Victoria. Whilst the more daring of the class exclaim “Miss, are you really that old?” (at thirty, that hurts), the more astute begin to understand that what we may see may not be what happened, it’s nature origin and purpose can affect what it reveals to us…. And chooses to change or hide. Images don’t always have to be doctored or staged examples. It is also good to do things picture reveals or analysis of images to encourage students to unlock the past by looking deeper at the hidden clues in the images. Good examples for setting up mysteries using images can include:

Have a great year, full of history mysteries. Enjoy supporting the creation of a host of historical super sleuths and spending time in shops hunting down items to make faux leeches. The student to really value it and it makes for an interesting lesson! I look forward to hearing any other or other stories or strategies that you might like to share. Oh, and if anyone does know who really shot JFK, don’t tell my Year 9 class, I intend to keep this debate going until they leave for university or employment in later years!

How do you embrace a mystery in the classroom? Let us know below!