How French is being introduced to St Helena

Alison Laycock, an accredited Mindfulness and Compassion teacher and Founder of ‘Being the Best You Can Be’ combines her 20+ years of teaching with her Mindfulness experience. Having taught languages across the Education sector abroad and in the UK, Alison is now working with school communities offering helpful and practical Mindfulness and Compassion tips and techniques for teachers, students and school staff. Please visit the website to find out more.

Website: www.beingthebestyoucanbe.org Email This email address is being protected from spambots. You need JavaScript enabled to view it. 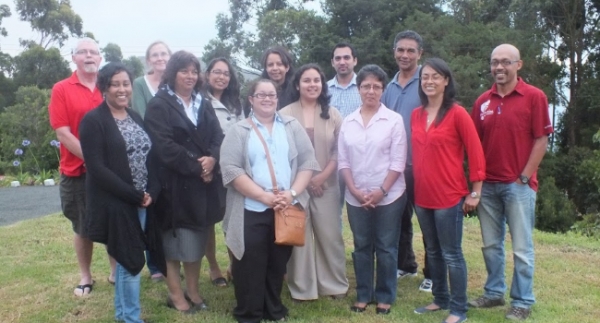 It’s amazing that people are learning French on St Helena, especially with the islands Napoleonic links and the regular influx of French tourists wanting to see where Napoleon was exiled in 1815 and later died on the island in 1821. The language was consistently introduced to the English-speaking St Helena from September 2014, when Years 7-10 in the secondary school, Prince Andrew School started lessons within the set timetable following the British National curriculum. Since that time, French has also been introduced to the three Primary schools on the island, with years 3, 4, 5 and 6 accessing French lessons each week.

"Staff should be confident to deal with queries from their tourists."

With sustainability in mind, part of my role also consists of training staff in the three Primary schools to also be able to teach French to younger students in the schools. This applies to those classes which I can’t fit into my timetable at the moment, and once there is no expat French teacher on the island, it is essential that students continue learning French.

In Secondary school, we now have Year 11 students who will sit their GCSE exams in May 2016, as well as Year 9 students who are sitting their French Foundation Certificate of Secondary Education (FCSE) course this year so that they will have a language qualification for their future careers. The decision to introduce an FCSE for Year 9s was made because once students chose their options, with languages not being compulsory, they find it difficult to opt for French due to the timetable restrictions. With the airport on St Helena due to open in 2016, it is more likely that students will be mixing more often with foreign visitors, and therefore they need to be linguistically and culturally prepared. The FCSE will hopefully provide all students with such a qualification whichever level they achieve.

This year I am pleased that top sets in Years 7-9 have French twice a week rather than just once, as it was last year. This allows students to progress quicker and to develop their confidence more rather than them having a week between lessons.

In addition to the school lessons, adult students have also joined French lessons from September 2014, which I have been able to increase this year to also introduce Spanish for the adults. The French students from last year are continuing their lessons, and are this year studying towards a FCSE French course for which they hope to gain a Pass, Merit or Distinction, like the Year 9 group.

We have also added the 10 week beginner courses in Spanish and French for adults in order to engage more people on the island. I am pleased to say that we had 10 students (which is good on St Helena) completing the Spanish Beginners course and receiving their certificates at the end of November 2015, and we have now started a French Beginners course. These courses have proven to be very popular, and it is pleasing to see the enthusiasm among the adult students especially those who stop me in the streets in Jamestown to check when the next course will start.

The tourist office staff are also involved in language learning. This is essential to their role, especially as they are hoping to welcome an increasing amount of tourists once the airport is opened and up and running in 2016. At the moment they deal with tourists from the RMS St Helena, and the cruise ships which arrive between October and April. Last year, staff took French lessons every Wednesday afternoon, which are continuing this year as well as Spanish lessons for new staff. This means that staff should be confident to deal with queries from their tourists and be able to offer excellent customer service to French and Spanish-speaking tourists as well as the English speaking tourists. I am continually proud of their efforts in trying to make the linguistic connection with their customers. 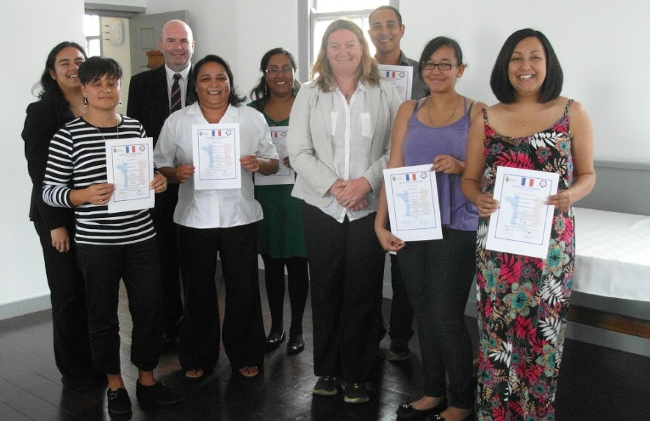 All lessons, whether they are with the Primary, Secondary or adult, learners have an element of fun within them, and my hope is always that the students enjoy learning a language whether they feel they are good at it or not. Language learning is always worth promoting, as it develops much more than just linguistic skills as it promotes social skills, builds confidence of those students who don’t necessarily wish to speak out in class, and allows students to develop with a more open minded and accepting attitude towards different cultures.

There are lots more ideas I would love to introduce. However, as the only member of staff teaching French across the island, some aspects naturally have to wait. This provides a way of ensuring we are only introducing the most necessary of initiatives so that I don’t waste time and effort on those areas with only a small return.

"Staff should be confident to deal with queries from their tourists."

I would love to take the French GCSE students and the Primary teachers who are learning to teach French abroad, to a French-speaking country so that they can improve their speaking and increase their confidence. It would also be great to have more French listening resources, however budgetary restraints means these are unlikely to happen in the near future.

The support of parents has been amazing. The students have certainly enjoyed learning something new. They seem happy to use it as they shout their greeting to me in the streets, and some even try to teach their parents. Going forward I hope there will be many more wishing to learn a language, especially as it’s extremely useful to those involved in the tourism industry and who hope to establish or improve their businesses ready for the airport opening.

All students have certainly proven themselves to be very capable despite struggling with speaking French, as unlike students in the UK, here in the South Atlantic Ocean we are far away from Europe and hearing French being spoken.

Having said that, we do have our own part of France here, due to Napoleon having been exiled here in 1815 and died in 1821. In October we commemorated the arrival date with events to mark the bicentenary, and students certainly impressed French visitors with their speaking skills. 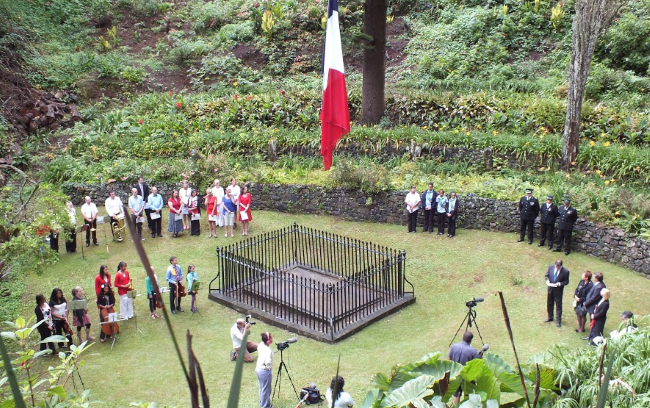 There is certainly much scope to take language learning forward on St Helena, and I look forward to seeing exactly where the future takes us as after the airport opening, St Helena and its needs will certainly adapt in some way. I imagine this will all be for the positive, and that the island and its people will continue to grow as well as retaining their own culture.

Have you introduced a language to another community? Share your experiences below!