How to handle bullying in your school

Suzie Hayman is a spokesperson and trustee for Family Lives, the UK parenting charity, and contributes articles and appears in a variety of podcasts on their website. She is a trustee of The Who Cares Trust for “looked after” children, and contributes to Who Cares?, the magazine for kids in care produced by The Trust. She makes frequent appearances on national and local television and radio on programmes such as BBC Breakfast, You and Yours, PM and Women’s Hour and is a regular on BBC 5Live, BBC Scotland and BBC Wales as well as many local BBC and commercial stations.

Website: www.bullying.co.uk/ Email This email address is being protected from spambots. You need JavaScript enabled to view it. 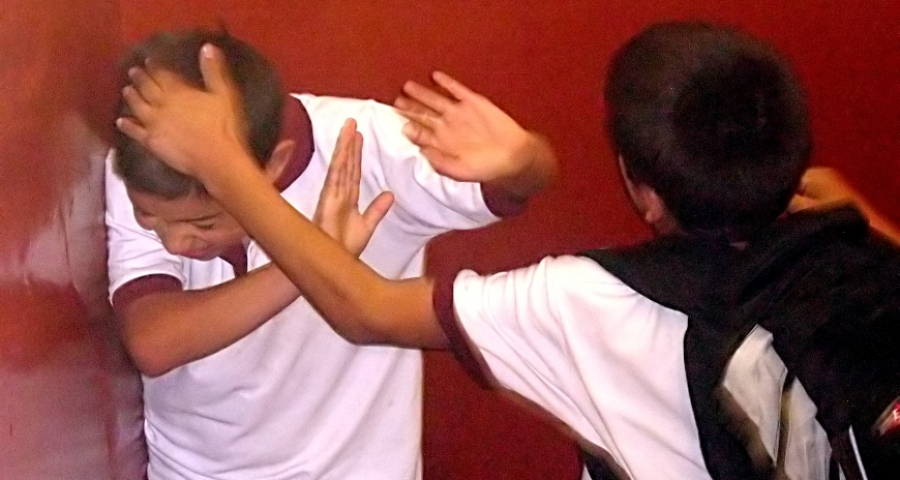 When supporting a pupil who comes for help, it's important to follow the school’s anti-bullying protocols. A pupil may be anxious, upset and cautious of repercussions so will need reassurance. If a pupil tells you they are being bullied, avoid drawing attention to it and talk to them discretely out of earshot of other pupils. If that isn't immediately possible arrange, to meet them to discuss privately later.

Reassure the pupil that you will take the complaint seriously and that you will look into it. Ask the pupil to write down exactly what happened and who was there so that you can speak to other people. The more information you have, the better you will be able to address the issue. Assure them that you will be back in touch as soon as you have completed your investigation and that if there are any more problems in the mean time they must let you know immediately. Try not to set an unrealistic time frame if you know you might not be able to meet it.

How will you investigate the complaint?

Explain how you will investigate the complaint, who you will be talking to, that you will need to hear both sides of the story as well as the account of the person they are saying has bullied them. Sometimes pupils are teased due to a learning impairment. Asking for input from the pupil support department at the LEA the school SENCO would be helpful. You could arrange for a bullied pupil to have a playground buddy and in the longer term you could think about setting up a peer-support scheme to benefit the whole school. If pupils complain that particular areas of school are unsafe - for instance the toilets or isolated parts of the school playground or buildings - staff could set up extra patrols.

Upon learning that their child may have been bullied, some parents may approach the school and become confrontational, aggressive or abusive. Politely and calmly excuse yourself and find a member of the senior management team to sit with you. If emotions are too high, bring the meeting to a close and ask the parent to put their complaint in writing and make an appointment. Make immediate notes about what took place and officially record them. Always keep written notes of any conversation so there is an accurate record of what you were told and the action you’ve taken.

This not only stops misunderstandings at a later date, but also protects you from accusations that you were told about bullying but didn't take any action. If you feel directly threatened then report this to your superior and if need be, the police should be informed of threats or abuse. Some parents may have unrealistic expectations and expect or demand that pupils who have bullied their child to be expelled. They may be distressed or angry when you explain that this is unlikely to happen but they do need to know that exclusion is a process governed by rules and how the system operates. School support staff play a vital role

Ask lunchtime supervisors to look out for pushing and shoving in the queue, or ask for playground supervisors to enquire why pupils are spending a lot of time on their own. Can they pre-empt and resolve minor conflicts during break or games which could escalate into more serious incidents? Ensure they involve the appropriate teacher or head of year if a pupil comes to them in distress saying they have been pushed over or hurt. What may appear to be horseplay could be happening repeatedly and could be considered bullying. If a child has nobody to be with, could you find them a playground buddy?

What can cause a child bully?

Often children engage in bullying behaviour because of sudden changes or chaotic experiences within their own life. While much of the focus of anti-bullying work is rightly on preventing bullying before it occurs, there is also a need to focus particular attention on children who perpetrate bullying behaviour. Doing so can help prevent hurtful behaviour towards others in the future, can avoid the expense and trauma of exclusion.

Families with children who bully often feel isolated and unable to ask for help, but these are the families we need to work with. With the support of a dedicated parent support worker, schools can turn a child’s life around and help divert children as young as six years old away from an almost inevitable path to permanent exclusion. In many cases, the families of children who bully want and need help to turn their child’s behaviour around. These families do not feel that anti-bullying help is available to them, and particular support and interventions must therefore be designed to ensure that these families can access the information and support that can help them to work with their child’s school and change their child’s behaviour. The right support now can help prevent costly problems in the future.

How do you tackle bullying in your school? Let us know in the comments.