Phoning it in: Classroom fun with phonics

Angela Colvert is senior lecturer in English Education at the University of Roehampton with particular expertise in using digital games to develop children’s literacy. Alison Kelly is a freelance educational consultant working with teachers and trainee teachers. Most recently, Alison and Angela have acted as phonics experts in developing the ‘Teach Your Monster to Read’ online phonics game for the Usborne Foundation. Teach Your Monster to Read 3:  Champion Reader is a new free online reading game to help young learners further develop their reading skills.

Website: www.teachyourmonstertoread.com/champion-reader Email This email address is being protected from spambots. You need JavaScript enabled to view it. 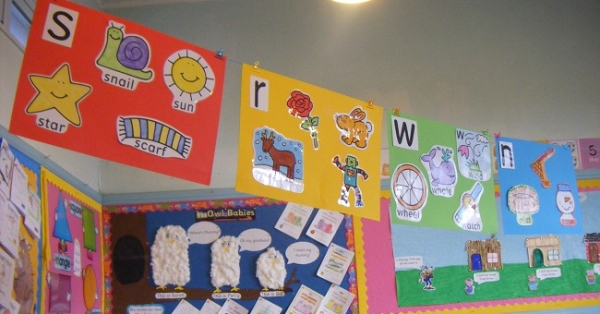 Teachers have used phonics as a method for teaching reading since Victorian times! Look at a photo of a Victorian classroom and you will see rows of children being taught to sound out letters to make words such as ‘cat’. Move forward to the 21st century and you still see children sounding out phonemes (sounds) and blending them to read (or the reverse - segmenting the phonemes and turning them into graphemes to spell).

So what's changed? First and foremost, we know a great deal more about how children learn and, specifically, how they learn to read. Victorian teaching was governed by behaviourist ideas with imitation and reinforcement at its heart: drilling was the order of the day. More recent learning theory (drawing from the work of Vygotsky, Bruner, Mercer and Alexander among many others) has taught us that children need to be active in their learning, that learning is essentially social. The importance of the teacher has not diminished but s/he is there to scaffold children's understanding rather than drill facts into children who were viewed as empty vessels waiting to be filled with knowledge.

The teaching of phonics in the 21st century is still based on the idea that children need to be able to crack the alphabetic code. In the case of English, it's a tricky code because we have more phonemes than we do letters. The linguist David Crystal traces the reason for this: the alphabet we use was not originally intended to fit English sounds, and dates back thousands of years to the Middle East where a north Semitic language very similar to Hebrew was spoken.

This was passed from the Phoenicians to the Greeks and Romans. When Christian missionaries arrived in this country in the sixth century they brought the Roman alphabet with them. To address the resulting misfit between symbols and sounds, some letters have to work overtime to address this (digraphs and trigraphs such as ch, sh, ai, igh).

As well as developing their understanding of the alphabetic code, children today must learn that reading is a wonderfully rewarding activity: they need to know that time spent cracking the code is worthwhile. Hence the amazing efforts that teachers make to provide engaging and welcoming reading classrooms. A teacher can be the best teacher of phonics in the world, but if the children are not motivated to read, then all their efforts have been for nothing.

While children in the Victorian classroom were typically learning words by rote for testing, there is much more emphasis now on applying phonic knowledge to real, authentic reading. This is why phonics is often taught today using a four-part lesson structure: ‘Revisit and Review’ (running through previously learnt knowledge); ‘Teach’ (learning a new grapheme-phoneme correspondence); ‘Practise’ (practising it in a word - either reading or spelling) and ‘Apply’ (applying the new learning in a sentence).

What else is different? Well, it's how we teach. Teaching phonics today can be fun, active and multi-sensory. Children are not passive recipients of phonic knowledge; they should be engaging actively with it. It's for this reason that teachers make use of a wealth of games in delivering a four-part phonic lesson. Here are just a few examples:

Children also need plentiful opportunities to practise and apply their knowledge outside the four-part lesson. Skilful teachers leave out props and materials used in the lesson for the children to play with later. And playing is good: it reinforces understanding and supports the new learning. Watch children uncovering buried pebbles with graphemes on them; shooting grapheme ping-pong balls down a chute and returning another one with the same phoneme but different grapheme and playing teacher with the grapheme and picture cards used in the session. This playfulness is key in enhancing all the rigour of the phonics lesson itself.

Do you teach phonics? Share your experiences and tactics below!