No more boys and girls? [Interview]

In August 2017, BBC Two aired a two-part series looking at the role of gender equality in Primary education, with much of the action taking place at Lanesend Primary School on the Isle of Wight. Here, IMS editor James Cain and programme star (and Lanesend leader of learning for Years 3 and 4) Graham Andre discuss how attitudes towards gender have changed at the school.

Last year you featured in the BBC Two programme 'No More Boys and Girls: Can Our Kids Go Gender Free?' - how did Lanesend Primary become involved with the project?

Well James, the school received an email in November of last year with details of a documentary project that Outline Productions wanted to film, based on the excellent ‘gender-neutral’ approach to education that has been so effective in Sweden. My head asked if I would be interested, and not knowing much about gender-neutral teaching and the impact it can have on our children, I said yes. We had several visits from the production team with interviews, filming, and so on. Then, in February 2017, they contacted us to say that they would like to work with us. It felt a little like winning the lottery. 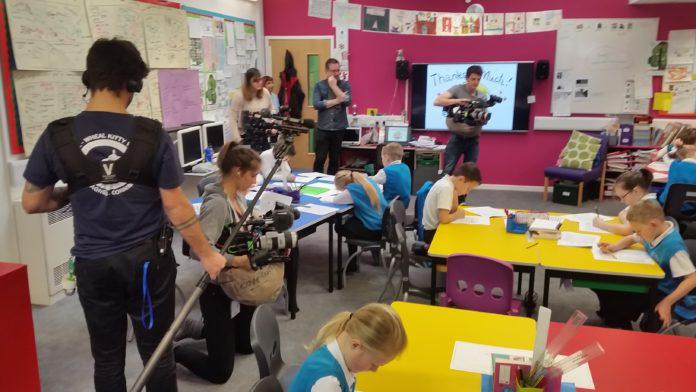 As someone who strives to be a ‘gender-neutral champ’, what do you think can be gained by making schools more gender-neutral?

From my own experience - and I am a novice at this compared to many others - it can have a huge impact on children and their life choices. We don’t want boys and girls to think that they can only pursue typically ‘male’ or ‘female’ careers, when we could have the next top male ballet dancer or female scientist. I have also seen it give the girls in my class a greater confidence to speak out, which is something that’s big in the news at the moment, and it has allowed my boys to better express their emotions; although this is still a work in progress. The expectations of boys not to cry or show emotions other than anger are ingrained even at the age of seven.

Tell us about the key changes you've made after being involved with No More Boys and Girls.

The main change has to be my own expectations and language. My use of terms of endearment were highlighting that there were differences between the boys and girls every time I used one. With girls it was that they were “sweet”, and boys a “mate”. Luckily, it wasn’t as hard as I thought to change my language, and I have not seen a difference in my relationship with the children, which I thought it would impact. I now also plan looking at gender within topics. For examples, when we did India we looked at the roles of men and women in India, and with Harry Potter we looked at strong female individuals such as JK Rowling and Emma Watson. 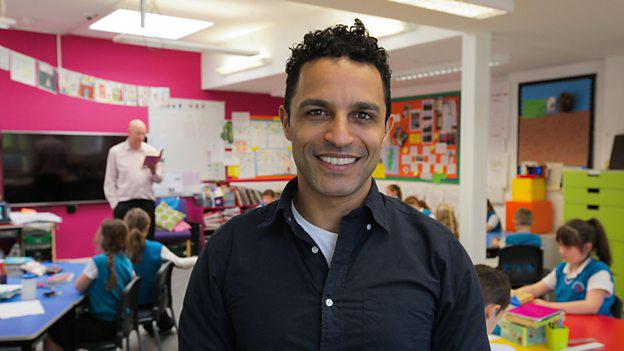 A promotional still for No More Boys and Girls, with presenter Dr Javid Abdelmoneim (foreground) and Graham Andre (background).

What are the main tips you'd give to schools looking to concentrate on gender equality?

My first tip would be to do it! It has such an impact on our children; real progress comes from girls growing in confidence and be able to speak up when they are not happy with something, or boys being able to talk about their emotions and knowing that this is alright. These are things that need to be ingrained in our children to allow them to be better adults, and then hopefully their children will benefit from this and we can have a more gender equal society.

I would start simply by looking at language used by teachers and TAs. Use of the positive gender messages is a small thing, but that constant exposure to them does have an effect. I would then start to look at literature - do you have a good selection of books that challenge the usual gender stereotypes? Be sure to challenge storytelling. Fairy tales are great for this; is it right that Sleeping Beauty is kissed by a handsome prince and is then expected to marry him without getting to know him first? What does this tell our children? 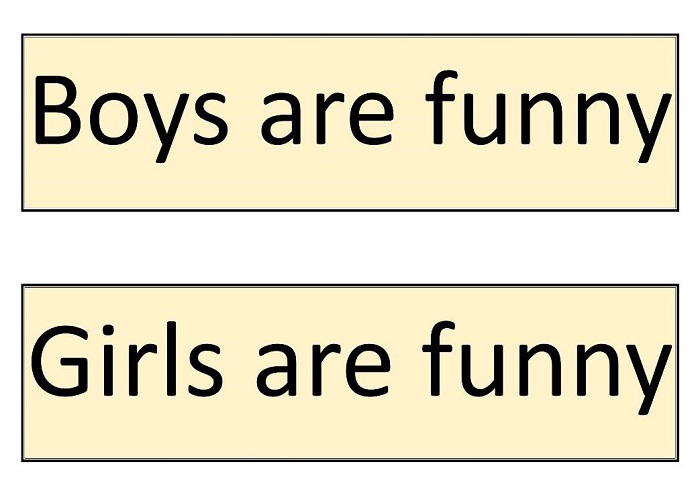 On social media you're very keen to point out examples of everyday sexism. What can teachers do to prepare pupils for this?

It’s funny, James. Before taking part in the documentary it wasn’t something I thought about, or realised had such an impact on us. From clothing to toys, literature, adverts, media, films... they all have a message. This is starting to change, and great organisations such as Let Toys be Toys and WomenEd are having a huge influence on this. Plus, celebrities such as Robert Webb - please read his excellent book How Not To Be a Boy - and Russell Howard are raising awareness, but we need everybody to be on board and realise things must change if we want the best for future generations. Share good and bad examples of everyday sexism with pupils, let them talk about it. What can we do to make a change? Get them writing to toy stores, clothing shops, local MPs... apply pressure and make a change. If you can, make it relevant for your children - they will want to make a difference. There are some useful resources from a group of gender-neutral collaborators on Twitter that we can link to.

How are you going to be developing gender neutrality and equality throughout 2018?

I want to continue to spread the word through conferences, teachmeets, blogs and Twitter - it is something that I have grown very passionate about. My dream would be to have gender-neutral teaching as a part of our school curriculum. It should be taught as part of literacy, numeracy, Science, DT, PE... it should become part of the fabric of the school. I would love to create a gender-neutral scheme of work that could be used with children from EYFS to Year 6. I am going to pretty busy I think, James!