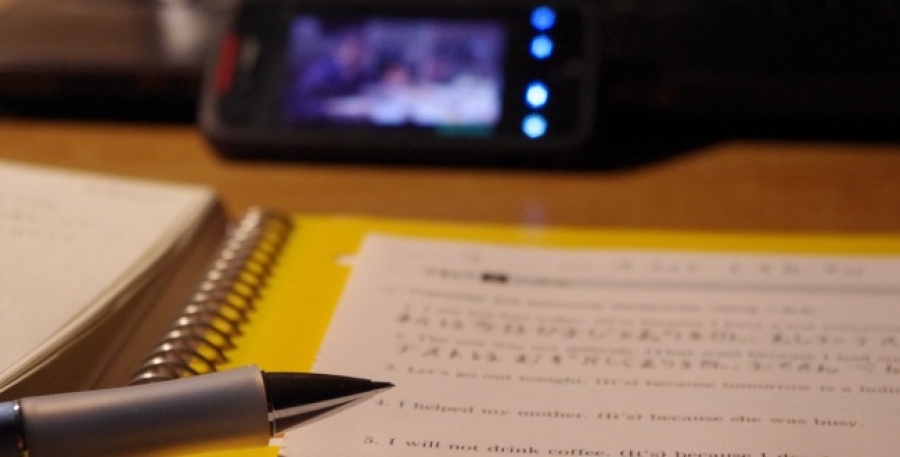 If someone was to ask me what my favourite educational technology is, the answer would be easy: screen capture technology. I first saw the technology at the BETT conference in 2000 and I remember being amazed and thinking “This is going to be a game-changer”. I was right.

"Remember, screen capture software allows you to record whatever you do on the screen."

Screen capture technology allows you to record the screen of your computer as if you had a video camera pointing at it. It also records your voice. So you could open up a PowerPoint presentation, turn on the screen capture technology and record yourself talking through the PowerPoint. You could then send the resulting video to your students. A teacher could do the same with say a graph, a table or in fact anything they wanted to open up onto their screen and record themselves talking about.

The technology is all over the internet these days; most how to videos use screen capture, the content on the Khan Academy was produced using screen capture and literally every online course includes screen capture videos.

In 2006 I came up with a use for screen capture technology that generated enormous publicity and was quickly incorporated into practices in Higher Education. I realised that if students sent teachers their written work on a word processor (like Microsoft Word), said teacher could open it up onto their computer screen, mark the corrections and feedback they wanted to provide, then turn on the screen capture software and record themselves correcting the student’s work. The teacher could then send the resulting video to students who would receive a recording of them correcting their work, where each learner could both see and hear their teacher going through their work.

One of the great things about the idea is just how versatile it is. Research in Norway has shown that the idea can be used across a whole range of subject areas (Mathison, 2012). Remember, screen capture software allows you to record whatever you do on the screen, so if you closed down the student’s essay, opened up a website you thought the students should look at while you were recording, then that would all come out in the video.

Sometimes I provide direct feedback onto the student’s work, but at other times I have experimented with writing out a number of key points and then recording myself going over the points. For example, I can watch a series of students giving feedback on their presentations and then open up Microsoft Word to write out a few key points that I wanted all the students to think about. I’d then record myself talking through the points. This is really helpful, since here I’d only be making one video for the whole class rather than videos for each student. It also means they can play the video the next time they give a presentation to remind themselves of the mistakes they previously made. We often refer to this as feed forward feedback (JISC, 2012).

The initial idea generated a lot of interest, and has led to a number of pieces of research including shifting the use of screen capture over to the students and getting them to use the technology for peer feedback and self reflection (Serror, 2012). Distance-learning organisations immediately became interested in the idea since it helped to build a bridge between the students and the tutors who normally don’t see each other (Guardian, 2012).

The following key points emerge from nearly all the studies that have been undertaken:

Most of the early experiments were done with tools like Techsmith Camtasia or Adobe Connect. These are quite expensive tools though they do an excellent job. More recently, tools have emerged that are either free or cheap to buy. If you write the words ‘Screen Capture Software’ into Google, a whole range of choices will appear including Screen Cast-o-Matic, JING and SceenR, all of which free. However, after working with a whole range of tools, I have settled with SNAGIT. The tool costs $30 but it is a one off payment and you get a lot for your money. You can save your videos immediately onto your computer, or at the click of just one button you can upload the videos onto YouTube. This is ideal for generic-based video feedback, and feedback where you are going over a series of points rather than opening a specific student’s work onto the screen.

The tools you are very easy to use. You normally just mark out the area of the screen you want to record and then press a button and start recording. Most systems allow you to pause while recording and the paid tools normally allow you to do some editing too. You normally need a USB headset with a microphone but it doesn’t have to be anything expensive. My headphones cost about £15.

Remember, this is the same technology that is used to create ‘How to’ videos, blended-learning content and much of the material you see in flipped classroom scenarios. So the technology itself can be used for a huge range of solutions. My advice would be to start with a free tool and then if like what it does, you can spend a few pounds on something a bit more sophisticated.

It’s now 16 years since I first discovered screen capture technology, and it has survived the test of time. There are hundreds of new technologies on the market and there are many that I really like including Edmodo, Adobe Connect and Google Forms, but for me personally, screen capture technology is still the technology that has had the most impact on my teaching and learning and particularly the feedback idea, which really can be a game changer in the way we provide feedback to our students.

Do you use this technology in your teaching? Let us know below.