By Carmel Bones and Nathan Ashman

Carmel Bones is a member of the Historical Association’s National Secondary History Committee. She has just written BBC GCSE History Bitesize content, and is Hodder Education's consulting editor for the new GCSE AQA Dynamic Learning materials. She is currently developing History Flashsticks for linear exam use. Carmel is a GCSE and A2 examiner, former AST and HOD with 20 years teaching experience. Carmel directs carmelboneseducational.co.uk, helping teachers across all subjects who are leading on teaching and learning.

Nathan Ashman is lead teacher for New Technologies at St Wilfrid's Academy in Blackburn, a 1:1 iPad school. He has been a new technologies excellence practitioner and a curriculum leader for Film and Media Studies, and has led New Technology enquiry groups at previous schools. Nathan has been involved in the direction of teaching and learning through focus groups, coaching and mentoring roles at whole school level. He is excited about new technology, although not necessarily in how the technology works, but what opportunities it brings, in all aspects of education, leisure and communication. 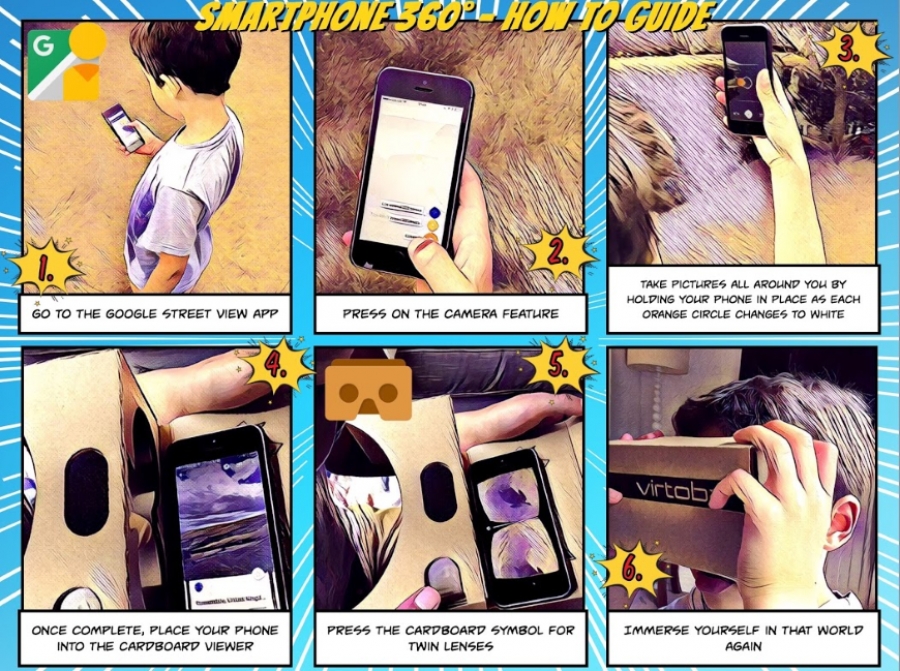 How do you rev up your lessons without even starting the minibus? We’ve been trying some of the latest educational innovations with the intention of exploring their use in the classroom to enhance or improve the learning experiences of children and young adults.

Virtual Reality (VR) is a term that has been utilised in the gaming industry for the past three decades, and found its origin in science fiction writing three decades before that. The ability to immerse the user in a multi-sensory alternative world is an appealing concept, not only to those craving escapism, but to educators wanting to facilitate memorable discovery of environments outside of the classroom.

Google Cardboard is a low-tech creation for new tech innovation. Released in 2014, it was created as a VR platform to inspire app developers to make functional immersive experiences for smartphones. By displaying 360° photos and videos on a smartphone and placing them into the cardboard viewer, the user is given an intense sensory vision of an alternative environment to the one they are standing in. As you turn your head to glance about you, you are surrounded by a new world. This up close and personal approach makes for a relevant, engaging and visual lesson.

With advances in 360° digital photography, we can access real world locations. The Google Street View app is key here, enabling tours of the Google photographic map of the world as if you are there. This app also has a nifty 360° camera option built into it where you can upload your own images for others users to see. This allows students to home in on and share new and surprising findings. One approach could be to start with the familiar: the school, the railway station, the local church, war memorial and so on. This helps you encourage learners to make meaning of the features, forging links to develop their contextual knowledge and a sense of place.

To combine accessible technology with purposeful curriculum content there are apps like Within that contain an array of extra special VR/360° story-driven experiences, from music videos to documentary filmmaking under the sea. Google Expeditions is available on Google Play, and this will allow you to explore the surface of Mars or Coral Reefs. YouTube and Facebook have recently added 360° functionality to their respective apps that allow the user to move a mobile device around and imagine that they are in the picture or video that has been shared.

ThingLink for Education have been helping teachers to make interactive images for some time. They have now delved deep into the 360° VR sphere, with tools allowing you to tag different places with the image that will take you to media rich content. You can prompt your students to journey through a landscape, and enhance their discovery by unearthing information in the form of informative text, web links, videos, sound bites, images.

Why not pack a suitcase of Google Glasses as a class or departmental set and see where your new school year adventures take you? Send us a postcard from your travels!

Examples of Thinglink 360° resources - all are best viewed on mobile devices: [Embed if possible]:

Do you use immersive tech in your classroom? Share your experiences below.