Tanya is the Learning Experience Designer for Robotical, creators of Marty the robot. Marty is a real robot designed to help teach coding to kids, for the price of a smart toy. 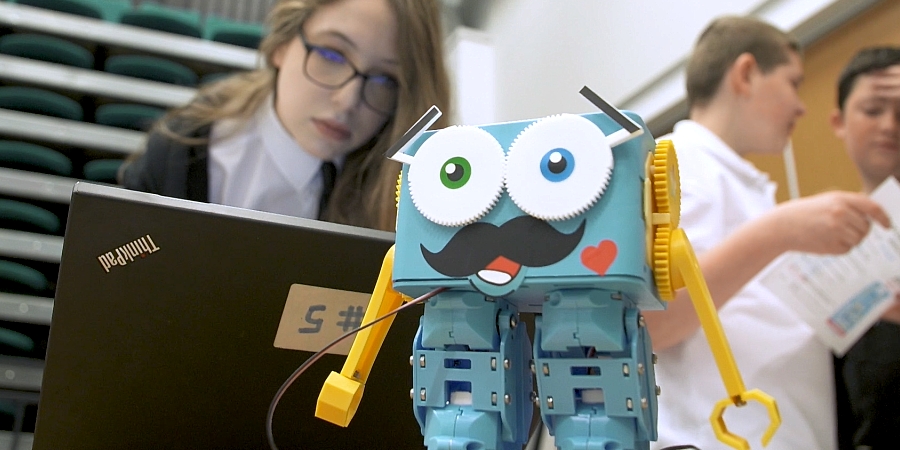 I don’t need to quote the statistics for you to understand just how problematic these issues are and will be. If we don’t have enough women or individuals from under-represented groups coming into the field, then we’re going to have zero diversity in our engineering teams. We need groups of people who come from different backgrounds and have different experiences for the best possible range of ideas and solutions to be designed and developed.

My mum is a computer engineer, so I have been extremely lucky in the sense that I have always had a strong female role model in my life that I am close to, who just happened to work in technology. Although not obvious at the time, this has definitely had an impact on how I saw the world of technology whilst I was growing up. I didn’t see it as a thing for just boys because my mum worked in that area, so how could it have been?

Thinking back now, there were so many more boys than girls in my computing class in high school. The unbalanced world of technology, however, only really became obvious to me when I started university. The girls in my computer science course made up 10% of the overall cohort in first year. 10%!

Worse yet, I’ve had conversations where people have said that 10% wasn’t that bad. That 10% was actually, all things considered, quite good. Early on in my degree, I realised that things had to change if we wanted the technology sector to continue to successfully develop and grow. I didn’t want my little sisters or any young female to feel like this wasn’t a path available to them. 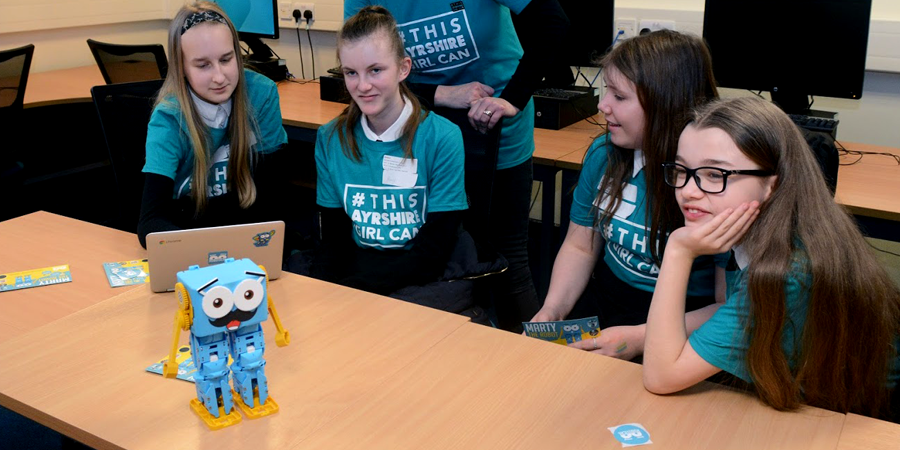 I began doing a lot more outreach with the university, and started up code clubs in my spare time. Those experiences are what have brought me to the role that I have today.

As of the end of last year, I became the Learning Experience Designer for a start-up in Scotland called Robotical. We make an eyebrow wiggling, dancing, programmable robot called Marty. My role at the company is to create learning materials for teachers so that robotics is a subject that people aren’t scared to teach - and in turn, inspiring their students by allowing them to see and interact with some of the latest technology in the field.

The best part about my job is when I get to go into schools and run workshops for young people with Marty. The excitement in the room from the students is contagious. Everyone gets involved and you can see even the most nervous and quiet members of the class confidently talking about their program and how it works.

I really do believe there is value in giving your students the opportunity to not only see but explore and use technology like robotics. Technology is such a fast-paced field, and there are more and more robots coming onto the scene. Working with real technology and solving real world problems gives students a taste of what working in this sector could be like, and I think that is key to engaging young people, particularly girls. 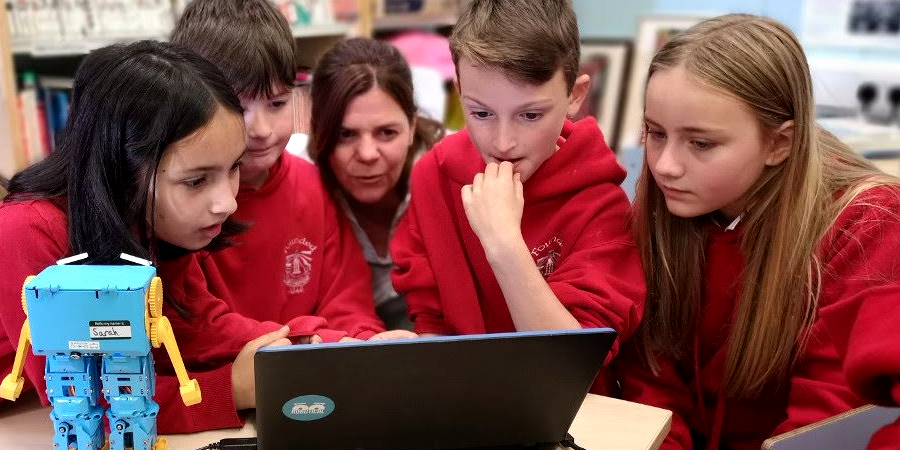 I’m not saying that introducing robotics is going to solve all of the problems mentioned at the start of this post. There isn’t just one solution that’s going to fix it. There are so many amazing and inspiring individuals and organisations out there doing a lot to engage young females. But I think it’s important we start with looking at the basics – why isn’t computing an attractive subject to girls?

Again, there’s no single answer to that question. Maybe students aren’t getting the opportunity to have a hands-on experience with technology, and maybe we aren’t introducing technology at an early enough stage. Personally, I think it’s both of those reasons along with a few others.

We need to make sure that computing is exciting and makes use of new and upcoming technology that students can actually use, not just hear about. This is where I really do feel like educational robots are fantastic at engaging everyone – not just the boys.

Marty is currently available for an exclusive 6 week classroom trial and 15% discount through Edtech Impact.