Written by  The Digital Citizenship Summit

The Digital Citizenship Summit is about safe, savvy and ethical social tech use. It is a unique hands-on conference that brings together ALL stakeholders involved with improving social media and tech use: students, educators, administrators, organisations, community leaders, and industry professionals. The event is focused on promoting positive and practical solutions, and allowing participants to be an active part of this important global conversation.

Website: www.DigCitSummit.com Email This email address is being protected from spambots. You need JavaScript enabled to view it.

On Saturday 23rd January, Bournemouth University will host the Digital Citizenship Summit UK, a free-of-charge conference organised to promote “positive, practical, and action-based solutions towards safe, savvy and ethical technology use”. An event that began as a Twitter conversation, #DigCitSummitUK is the British evolution of the Digital Citizenship Summit, who enjoyed their inaugural gathering in Connecticut during October 2015.

“This is an international event, with speakers coming from Singapore, Ireland, United Kingdom, Spain and the United States,” said Dr. Marialice B.F.X. Curran, an American educator and recognised digital citizenship leader. “It is a remarkable testament to the connected educator community and grassroots movement, and demonstrates what educators are capable of when there is a culture of trust and collaboration.

Digital Citizenship Summit UK has been organised by a group of volunteers within two months, and is shaping up to be an exciting event where people can truly influence the global conversation around social media and tech use.” 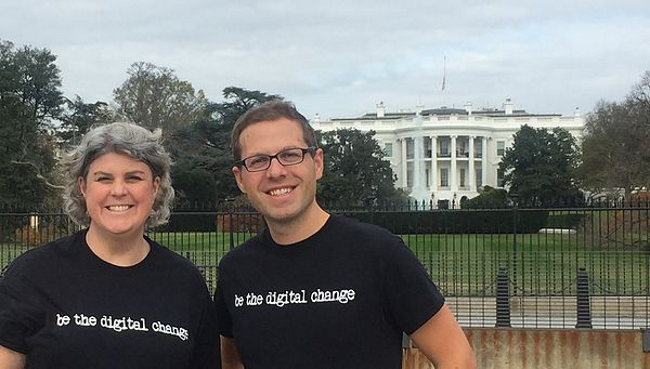 “Digital Citizenship Summit UK is suited for educators, senior managers, parents, students, industry, and organisation leaders,” said William Jenkins. “The day will include four sessions of speakers, a student panel discussion, coding playground provided by Barclays, and ample time to network with others from across the UK, Europe, and the United States that are involved in improving student social media and tech use.

“The all-day event (9 AM until 5 PM) is free. We hope to see you on the 23rd January in sunny Bournemouth.”