Disrupting code education, one kitten at a time

Written by  Erase All Kittens

E.A.K. teaches children to code in a totally new way. Instead of just learning computational thinking, girls and boys learn to code by building and fixing real levels as they play online. As the game progresses, children will learn how to use their new skills to build their own simple creations on the web. E.A.K. currently teaches HTML syntax, and once purchased, will be updated regularly - teaching HTML, CSS and JavaScript.

Website: www.eraseallkittens.com Email This email address is being protected from spambots. You need JavaScript enabled to view it.

Although the new Computing curriculum was transformed to become more relevant to 21st century students, learning to code and create on the web is still generally perceived as being ‘difficult’ and ‘dull’. It’s considered to be more appealing to students who are better at Maths and Science, and not those with an interest in languages and the arts.

We love to categorise, but the truth is, there’s not much point in a student learning to code if they can’t think creatively. Contrary to what most people think, coding isn’t really a subject like Maths or Science meant for computer geniuses - it’s simply a tool with which to deliver creativity. 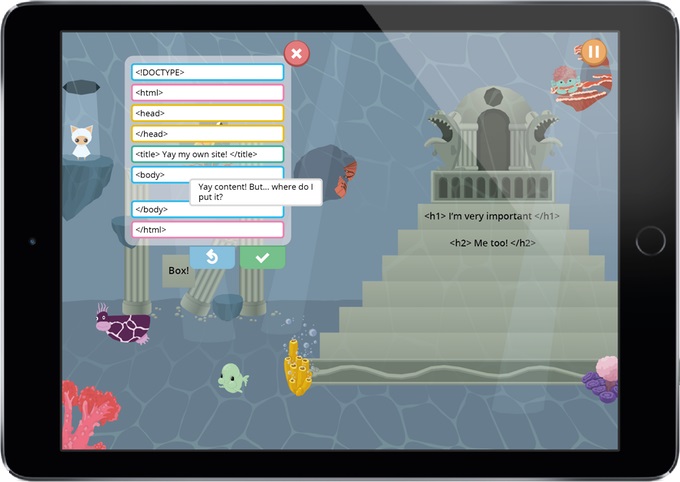 At Erase All Kittens, we have spent the last two years trying to devise a solution to this problem. During research with hundreds of students we came up against the same issue time and again: the huge misconception that coding ‘isn’t creative’. That means there is still a ‘self-selection’ bias: many of the students learning to code outside of school have chosen to do so, and the majority of them are boys. We also learnt that the biggest drop-off in interest for students is after the age of twelve.

One likely reason for this is that most coding tools only adhere to the curriculum, without taking into account the influx of digital technology or focusing on applying practical, creative skills. So, how do we keep students interested and engage more of them - girls in particular? Creating tools and lesson plans which are engaging to students - and specifically designed to harness new skill-sets effectively for life after school - would be a good start.

Our approach has been to design a game that girls genuinely love. One that places a huge emphasis on creativity, and feels more like a mainstream game than a coding tool. There are different ways to progress; girls can see instant results as they code, and learning is seamlessly blended with storytelling. We are also aiming for our platform to provide a spark of inspiration to the next generation, to learn digital skills, think creatively, and address challenges facing the world right now with tech for good.

Dee Saigal and Shwetal Shah share their exciting, new resource that is encouraging young women to code! Read the full article at: www.innovatemyschool.com/news/disrupting-code-education-one-kitten-at-a-time

For the love of kittens

To make the game engaging, the team decided to use the ultimate weapon for inspiring mass-affection: ­kittens! Called 'Erase All Kittens', the game calls on players to save these fluffy animals from getting murdered by other animals inhabiting the Internet universe.

It is a Mario-­style game created for children aged 8+, through which the founders intend to introduce their target audience to professional coding languages. As players progress through the levels, they can edit the real code governing the game environment,­ building and fixing levels as they play. The game is based on HTML, and the team has plans to introduce CSS and Javascript in the near future. 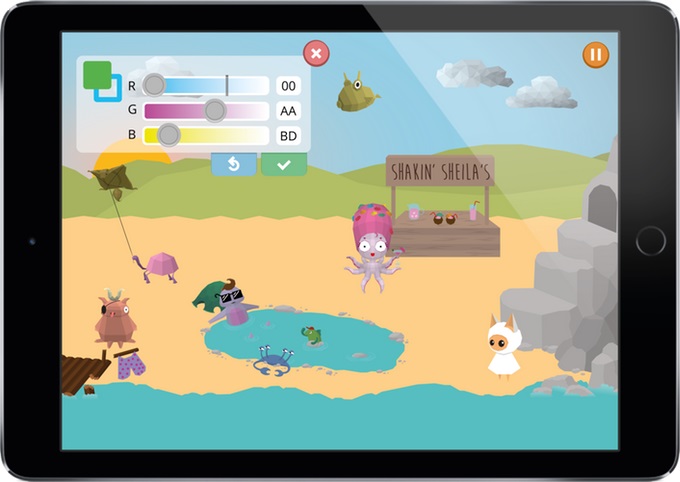 The game has already amassed over 120,000 players in over 100 countries. Amazingly, 55% of all those players learning to code are girls (average is only 18% for other coding tools and clubs). What’s more, 95% of all our players have said they want to learn more.

Visit www.eraseallkittens.com to get your pupils playing!