Driftwood Software designs intuitive applications for use on iOS Devices. With a background in radio, TV and theatre, the company’s applications are designed to bring professional features to a broader audience. The latest version of FX Live - a powerful sound cue playback application for the iPad - was developed from scratch using the latest technology from Apple and packed with new features. 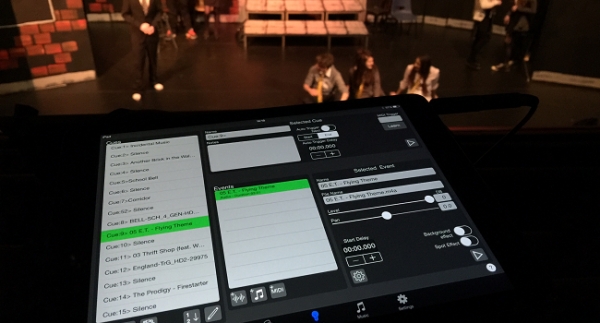 Driftwood Software have announced the release of an all-new version of FX Live, the popular sound effect playback application for the iPad. This app allows teachers to run multiple effects simultaneously, with fades and transitions all being handled by the iPad at the touch of a button. The entire production can be designed and built in advance, making the running of the performance a simple operation.

Computer-controlled sound has revolutionised professional theatre, and Driftwood Software want schools to know many of these features are now available for the iPad at a fraction of the cost.

"Sound in school productions is very much the Cinderella of the technical disciplines, and is often reduced to nothing more than a CD player or computer playlist with some music and perhaps a few effects," said Ian Fletcher, FX Live product designer. "But the importance of sound in bringing a production to life cannot be over-estimated. Today we are all used to the extensive inclusion of music and sound effects in movies and computer games and, with FX Live, many of these techniques and production values can now be applied to school theatre productions.” 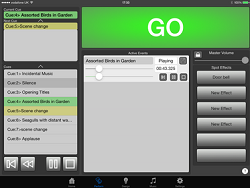 Thinking about and designing the sound for a performance is an ideal way of involving those pupils whose interest lies more on the production side. FX Live is a powerful application used by amateurs and professionals alike. The intuitive interface makes it ideal for school productions as it can be easily understood and operated by both staff and pupils. The application is fully documented, and features a vibrant Facebook community plus online video training resources. Driftwood Software is highly proactive, and always on hand via email for support and assistance.

A demo version of the app can be downloaded free of charge to allow users to try it out with a limited number of cues. The unrestricted version is available by in app purchase. An iPhone version is also in development and will be released shortly.