In June this year, 1500 7-11 year olds, teachers and parents will get to see their youngsters' work on the British Film Institute (BFI) IMAX’s cinema screen as part of a new initiative to improve literacy using filmmaking. The Lit Film Fest, featuring films written, performed and filmed entirely by Primary school pupils, is soon to hit Britain's biggest cinema screen. Powered by A Tale Unfolds and supported by Innovate My School, the festival will premier at the BFI IMAX Cinema in Waterloo, London, allowing children aged 7-11 see their work showcased on the 20 x 26 metre screen!

Taking place on Monday 19th June, schools up and down the country are now being invited to write and produce a short film choosing from four different categories.

All categories are supported by comprehensive teaching resources made by A Tale Unfolds which have tripled literacy progress and been used in over 3000 classrooms, both up and down the country and internationally. 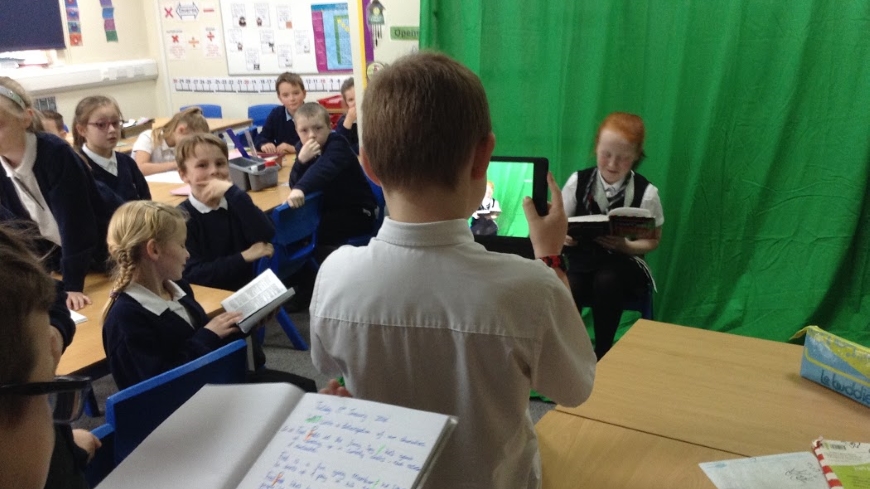 Dominic Traynor, Primary teacher and founder of A Tale Unfolds, said: “When we started out back in 2012 to radically improve KS2 English & filmmaking, we never dreamed that we would be in this position. It has been a humbling experience to have now been used in over 3000 schools and for teachers to tell us that our resources have tripled their pupils’ literacy progress!”

The winners in each of the four categories will then be invited to shoot their films professionally at YouTube’s Creator Space and the BFI in London. Both winners and shortlisted schools will then attend the IMAX on Monday 19th June 2017. As well as the four screenings throughout the day, as many as 25,000 children are expected to be involved in the event through well-established partnerships with social and print media organisations such as First News, CNN and Innovate My School.

When submitting their films, teachers will be asked to provide evidence of written work as well as a link to their film. The festival is about raising standards in writing, the message they deliver and their presentation skills rather than slick video editing. Special effects or professional editing will not make an entry more likely to be chosen as a category winner.

The deadline for submissions will be Friday 19th May 2017. Winners will be notified and invited to film their entry professionally shortly before the event on Monday 19th June 2017 at the BFI IMAX in Waterloo, London.