Established in 2012 as a division of Discovery Books Ltd, Fiction Express for Schools is an innovative and unique platform for publishing fiction, allowing readers to determine the course of the plot. The ebooks are published in weekly episodes each Friday. Each episode ends with a cliffhanger, and readers are given voting options to decide where the plot should go next. Pupils vote online by 3 pm the following Tuesday. The option with the most votes is then passed to the author who writes the next episode, live and in real time, for Friday publication.

Website: www.schools.fictionexpress.co.uk Email This email address is being protected from spambots. You need JavaScript enabled to view it.

Ludlow Junior School is a medium-sized school with an above-average proportion of disadvantaged pupils. Focused on raising literacy levels, staff introduced various strategies including TA-led intervention groups and restructuring the library to introduce Accelerated Reader. However, the resource that generates the most excitement in the classroom, and which all the pupils want to talk about, is ebook website Fiction Express.

Having invested heavily in digital tools, including laptops, iPads and Smart Boards, staff were determined to embrace this technology in their literacy strategy. Fiction Express delivers ebooks online in weekly episodes which can be read on any Internet-connected device. Each gripping episode ends with a cliffhanger, and voting options to decide where the plot goes next. Professional authors write each new episode live, every week, according to the pupils’ most popular choice.

“Fiction Express really gives children lots of different experiences,” said Year 6 teacher Nicola Grant, “but one that’s crucial in lots of schools is introducing them to ebooks. That’s the way of the world now, and Fiction Express is a really nice way to introduce them to books at their level, but in a digital form. 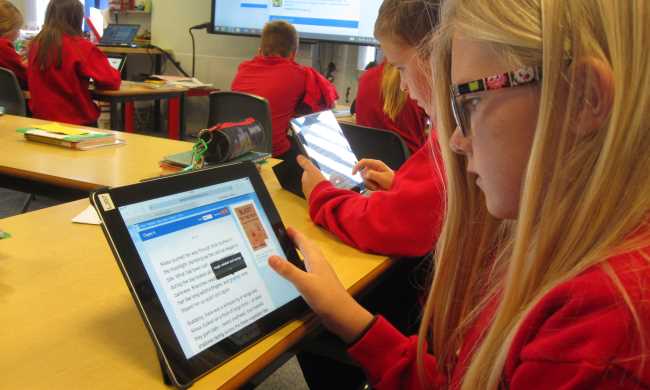 “One thing that is very motivating is the voting aspect,” says Nicola, “[Having] a choice in which way the story goes really keeps them wanting to read the next chapter and the next.”

Year 6 pupil William said: “I really enjoy voting and then waiting to see what people all around the world have voted for, and see if my vote won.” His classmate, Eleanor, adds, “I like voting because me and my partner Callum always vote for different things and have a little competition.”

Fiction Express is designed with limited teacher-time in mind, and the resource is seen as ideal for those daunted by the idea of of setting up a new resource in their school.

Nicola added: “I was a little apprehensive, but it was so easy – it took about 10 minutes to familiarise myself with it. The children set their accounts up themselves, so there were no login issues. We set it up on the Friday and starting using it the following Monday and it was brilliant.” 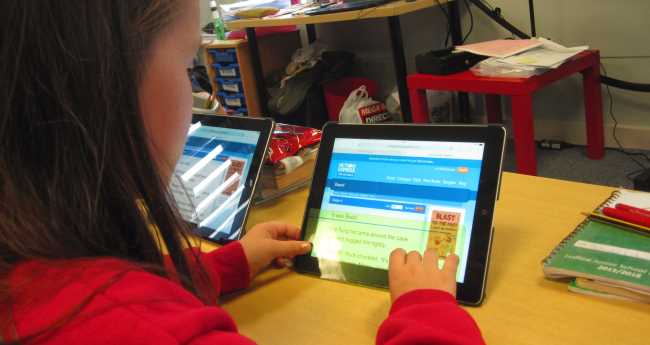 The proportion of Ludlow Junior pupils with SEN is well above average. Fiction Express has been a vital tool in engaging them and in fostering a love of reading. Users are able to change the font and its size – which has proved incredibly popular among pupils, especially those with SEN, such as dyslexia.

Reluctant reader Carra said: “I like Fiction Express books more than normal books because they’re on the iPad and they’re more exciting.” Her peer Sadie added: “I like the way it’s on the laptop and not in a book, because you can change the font.”