Written by  University of Leicester

University of Leicester's research plays an important role in a changing world. From the invention of genetic fingerprinting, pioneering space explorations through to their search for King Richard III, their work is world leading and impactful. The University’s Global Challenges are a way in which this work comes together to really make a difference to everyone involved in the process and the world beyond.

Website: www.le.ac.uk Email This email address is being protected from spambots. You need JavaScript enabled to view it. 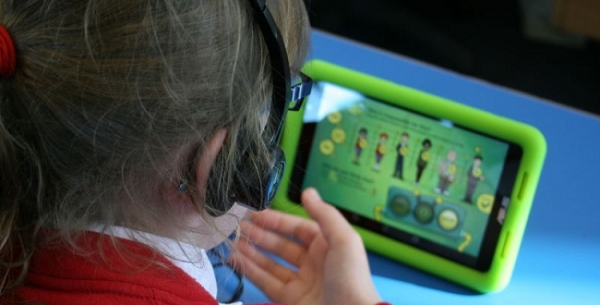 Academics from the University of Leicester have been working with local Primary schools to research and develop pupils’ understanding of the law. Law in Children’s Lives is being touted as the first research project of its kind, and aims to explore children’s “understanding and opinions on issues such as gender equality, bullying, consumer rights and duty of care”. Researchers hope to use results to influence government policy in these areas.

Pupils are getting involved by way of playing a digital game, which were designed with the help of kids from three Leicestershire schools. The research team has visited a further eight Leicestershire primary schools where classes of children aged eight to 11 were provided with tablets, complete with headsets and microphones to record their views.

The game, Adventures with Lex, involves a cartoon alien called Lex coming to Earth and asking the children to show him their lives. It takes place in four familiar worlds – a school, a park, a shop, and a friend’s house.

Pupils are shown several scenarios, including a woman hitting her child in public, a friend being left home alone, and a dilapidated playground. They are asked questions such as “who is responsible?”, “is this ok?” and “what can you do?” Lex, then asks the children to explain the reasoning behind their choices out loud, which is recorded by the tablet.

“One of the most important of children’s rights is the right to be asked about things that are important in their lives, and that’s what we’re doing here,” said Dr Elee Kirk, a research associate at the University’s School of Law.

Project head Dr Dawn Watkins said; “We had to find a research method that made sense to the children, and that gave us insights into their own individual perspectives and decision-making. The everyday situations featured in the game include having a say in and out of school, gender equality, consumer rights, being bullied, smacking, being left home alone,and being injured or having possessions damaged by another person.

“Although the subject is serious, it’s been a huge amount of fun for the children who take part. It’s really brilliant to see a whole class of children absorbed in their games and chatting away to Lex the alien.”

The project can be followed on Twitter via @LICL_lex.