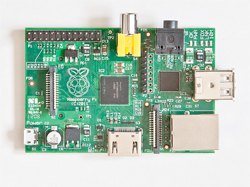 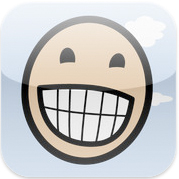 An engaging articulation app with flashcard and matching activities for children with speech sound delays. The highly requested group scoring feature is available for collecting scores in flashcards on up to 4 children at a time. A group of students can now collect data as they practice sounds in words and sentences with a speech-language pathologist, their parents, or independently. 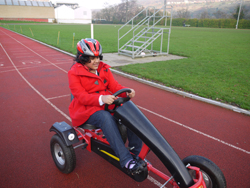 Cycling has long been a passion of many staff at Ravenscliffe, a secondary special school in Calderdale that educates children with complex, severe or moderate learning difficulties, autistic spectrum disorder, and physical disabilities.

Unfortunately, a lack of local facilities had meant that there was little chance of the school's pupils developing a similar passion - or even getting the opportunity to cycle at all.

In 2004, a group of staff members decided to do something about this.

That year, as part of a Comic Relief “Cycling Fun Day”, Ravenscliffe had been visited by Wheels For All, a national charity that aims to introduce people with all types of disability to cycling. Our pupils enjoyed the day so much that we were inspired to investigate ways of providing cycling at the school on a more permanent basis. 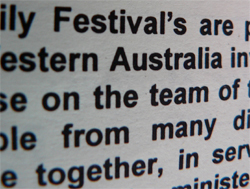 An 11 year old boy (we’ll call him Joe), in his final year of Primary School, was being tested recently for Visual Stress - the syndrome often associated with dyslexia that causes words and letters to distort or appear to “jump around” on white paper. At the time of the assessment, which puts a series of different coloured overlays on the page to tint the background colour, he was unable to blend C-A-T to make “cat”. The assessor had worked through the single colours in the test, with no significant difference between a single colour tint and white paper. He was now in the final stages of the assessment, using double overlays to deepen the tint on the page of text. When Joe was given a double blue overlay, he sat back and said: “Oh! Is that what you mean by a word? Can I start learning to read now?”

Successive governments have attempted to raise literacy standards in school, commissioning expertise to inform policy, which has resulted in such milestones as the National Literacy Strategy introduced by the incoming government in 1997, and the renewed Primary Framework of 2006, which put phonics at the heart of teaching reading. Commissioned in 2005, the Rose Review stressed that the systematic learning of synthetic phonics was crucial to the teaching of reading, and in 2007 the “Letters and Sounds” programme was launched to ensure that the appropriate material was freely available to all schools. The present government has picked up this baton and this year launched the match-funding programme, offering match-funding of up to £3,000 to all state-funded schools in England with Key Stage 1 pupils so that they can buy approved systematic synthetic phonics products and training. Following the Rose Review, Lord Adonis, then Parliamentary Under-Secretary of State for Schools and Learning, wrote in November 2007: 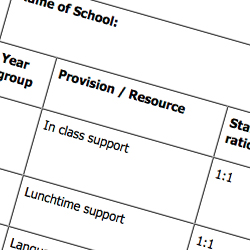 How can we audit special needs provision and create a provision map? This article describes provision maps and the stages and tools for auditing SEN provision.

What is a provision map?

A provision map is a management tool providing an 'at a glance' way of documenting and showing the range of provision, additional staffing and support that a school makes available to its pupils.

Provision maps enable schools to look strategically at the needs of all their pupils, including those in vulnerable groups, to clearly identify pupils’ strengths and needs. Provision can then be planned to meet those needs and track pupil progress so as to improve learning outcomes.

Making the most of your visit to an Education Show 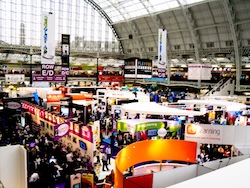 As an SEN teacher ICT plays an important part in our day to day activities. Think how many ICT based solutions are used every day – many of our students arrive by taxi which is all arranged by your School Management System. You may use an electronic attendance register and monitor your premises by CCTV. Your SEN pupils will have behaviour plans and IEPs generated with a click of the mouse. Your pupils will learn Numeracy and Literacy skills, even at P Levels, using a PC adapted with alternate pointing devices and viewing devices. Where does all this stuff come from? Many teachers inherit a classroom with all these things that have quite obviously been in place for years.

Imagine just how much one aspect of IT has developed in the time that your resources have been used. It’s probably fair to say some of that kit entered your classroom when the Internet was in it’s infancy used by a select few whereas now it’s in every home and most of us use it every day for all manner of life's tasks. 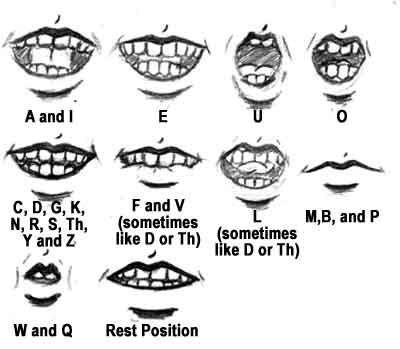 The government is quite right to support the teaching of systematic synthetic phonics in schools, and the forthcoming matched funding initiative for KS1 Phonics materials will be a welcome boost for many schools who need to invest in phonics resources at this level. It will also be a bonanza for the publishers who have got their programmes selected for the catalogue of approved resources to be released by ESPO later this year. However, for many of the people who really count – the children being taught, and especially those who are struggling with reading and who are therefore most at risk from educational failure – this “solution” misses the mark completely: like the nightmare scenario of a top exam candidate, it’s the right answer to the wrong question.

For many of these children, a high percentage of whom are among the dyslexic 10% of the population, the question to ask is not “Why can’t they blend the phonemes?”, but “Why can’t they see them?”. The answer is because they suffer from Visual Stress, which causes the image of the printed text on white paper to blur or appear to move around on the page. According to research from Essex University, Visual Stress may be the result of “cortical hyperexcitablity”: specific cells in the Visual Cortex over-reacting to particular wavelengths of the colour spectrum which are specific for each individual. Filtering out the wavelengths causing the problem enables the brain to “see” the words clearly.