Teaching the right work with Stretch and Challenge

Back in September 2011, I began the academic year full of gusto. I had re-planned schemes of work, made some lovely new resources and prepared exciting performing and listening tasks. After several weeks into the term, I realised something wasn’t quite right. Work from some students hadn’t been done particularly well, feedback was becoming more lengthy and wordy, and the weaker students were continuing to make the same mistakes. I needed to rethink how I was teaching the struggling students.

Judgement without action is thinking without doing

It’s May 2014, and the education world continues to atomise into a bewildering complexity of mini systems, school types and quasi-commercial support. As we begin another run up to a too-close-to-call general election, we education professionals must gird up for the inevitable hectoring. The wind tunnel of derision will blizzard the usual stuff about standards, quality and behaviour at us – it must not blow us off track.

iPads – The silver bullet that will kill all other technology? 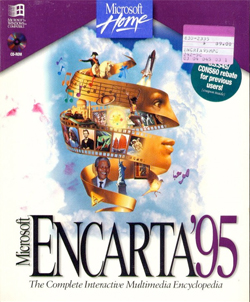 Are iPads the latest big thing that will transform education, or yet another over-hyped technology that will be misused until the next big thing comes along?

Computers in the late 80s were going to change everything, but then we realised they couldn’t do very much that was really different. In the 90s, CDs with encyclopedias such as Encarta appeared which were going to kill the textbook, but that never really happened.

Microsoft put out the Where do you want to go today? adverts in the 90s, but we didn’t really seem to go anywhere.

Interactive whiteboards were the next big thing, with England particularly keen to adopt. Used well they can be highly effective, but the majority are used as little more than a white blackboard. This post was inspired by the #ipadagogy hashtag I came across recently on Twitter. This basically involves learning about the iPad. But I would like to suggest an alternative to this: ipedagogy. It seems rather a small change of just one letter, but it does change the focus rather fundamentally. I would like to suggest that we should try to foster the kind of environment in our classes, where students would learn everything in the same way as you learnt how to use an iPad.

We need to hide the ‘manual’. Learning becomes so much more meaningful to young people when they feel they have discovered facts and solutions for themselves. Serving it all up for them takes much of the magic out of learning, just as you lose out by not figuring out how to use an iPad on your own. One of the ways of doing this might be if we replaced textbooks by teacher-moderated, student-created, constantly evolving wikis. Surely this is not such a far fetched idea? We could even issue them with the textbook or study guide… But only after they’ve discovered most of it for themselves.

The increasing role of curation in teaching & learning 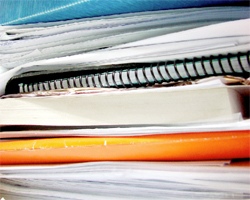 Curation has always been an important weapon in the arsenal of a student, but never before has it been easier to curate, gather, organise and collate information on topics. It is going to change the way in which we teach, and the way in which students learn and can access information.

Robin Good is bang on in his detailed article on the topic when he gives his ten reasons why curation is transforming the education landscape: