Teaching young people about risk taking and their wellbeing is just as critical as studying. How can we encourage pupils and students to become more aware of the risks they are likely to face as part of growing up and help them to make positive decisions?

The importance of self-esteem in education

“School is a scary place when you hate yourself. I spend each day so fearful and anxious that there isn’t the faintest possibility of me concentrating in class…. so I do worse… which makes me hate myself more and fear my lessons more.” Naomi, 13

“I stopped going to swimming club because I hate how everyone looks at my fat arms and short legs. I would always feel sick before club, so now I don’t go.” Sean, 10

Children in school grow emotionally, as well as physically and intellectually. A child’s ability to understand his or her own individual emotional growth is formally known as Social Emotional Learning (SEL). The Collaborative for Academic, Social, and Emotional Learning (CASEL) defines this competency as “the process through which children and adults acquire and effectively apply the knowledge, attitudes and skills necessary to understand and manage emotions, set and achieve positive goals, feel and show empathy for others, establish and maintain positive relationships, and make responsible decisions.”

Why the classroom should be a funny place

Sometimes, no matter how hard you try to engage students with an interesting lesson, their minds still wander. San Diegan teacher Kriscia Cabral considers laughter to be an important part of any school day, and a vital element in keeping pupils present.

The great E.E. Cummings once said, “The most wasted of days is one without laughter.” Laughter in and out of the classroom is sunshine to our souls. It is a powerful tool and can be ignited when shared with your students. How can you empower students with laughter? Give them the opportunity to laugh out loud!

Values education: an exciting ingredient that spawns ambition and achievement

Given that pupils have to learn a huge amount, it can be easy to forget about their emotional wellbeing. The Human Values Foundation’s Rosemary Dewan discusses the importance of this matter.

What subject is dynamic, cross-curricular, student-centric and stimulates children and young people? This is a subject constantly arousing their curiosity, thereby enabling teachers to capitalise on pupils’ eagerness to learn, and affording plenty of practical opportunities for schools to work collaboratively with parents, carers and professionals who are involved in guiding and mentoring children. The answer is values education. 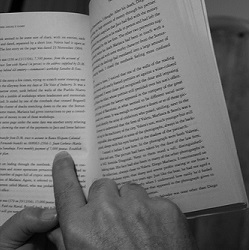 Why students need to master their thoughts, feelings and behaviour 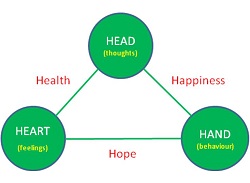 The visions of our highest-achieving schools today are not only concerned with academic attainment but also promoting an integrated, whole-person approach to their pupils’ development, particularly in emotional and social skills.

Going to school is a journey of discovery about oneself, other people and the world we inhabit. As children mature, they take more and more responsibility for reaching their potential. To help them progress, they need: 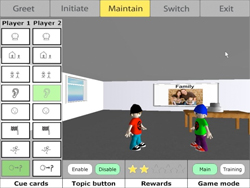 The main emphasis of the COSPATIAL project is finding ways to adapt existing classroom technologies to engage children with autism in learning social skills. The project is being led by Dr Sarah Parsons of the University of Southampton and Dr Sue Cobb of the University of Nottingham. Thanks go to Dr Sarah Parsons for talking us through the project and, although we did not get to see the project in action, it was clear to see how the technology would be used with Autistic Spectrum Condition (ASC) students.

The COSPATIAL project focuses on two types of technologies:

In this post I am going to concentrate on the Collaborative Virtual Environments. These allow multiple users to interact and communicate within a shared virtual space. They do this by accessing the space on individual laptops that are in the same room. There are 3 different programs that the students can use, each working on different elements of social interaction from communication to working together to complete a task.