Rory Fox is an educationalist who has been in educational leadership for over 25 years. During his career he has worked extensively in teacher training, curriculum design, opening schools and improving failing ones. He has led education initiatives in prison, private and state schools, most recently as an executive headteacher.


Rory is CEO of edu-charity Edlumino Education Aid, currently working in refugee camps across Europe to provide qualified teachers for refugee children. Edlumino specialises in the education of children and educational leaders and managers to help other NGO’s develop the educational aspects of services which they are providing to children.

Website: www.edlumino.org Email This email address is being protected from spambots. You need JavaScript enabled to view it.

During my years as a UK school leader, I’ve seen how education is becoming increasingly data-driven. We have inspections, reports, league tables, audits and internal data constantly flowing within schools. It can feel at times as if we are to be consumed by data. However, good teachers are constantly striving to improve, and they know that it is reliable data which is often key to improvement. Without data we have no proper sense of how we are doing now, and without an objective assessment of how things are, planning future improvements can be wasted.

These days, I’m working with other teachers to bring education to refugee camps. The context for children in refugee education is very different to normal schools and classrooms. They don’t have smart modern classrooms. Children have been taught sitting in fields in muddy ice, and sitting on rocks under an oppressive sun. I’ve huddled in leaking tents and crouched under shelters in rain storms. I’ve even given lessons outside where children take it in turns to be on ‘lookout duty’ for snakes, lacking access to electricity and the most basic of school materials. On quite a few occasions we have had to end lessons because it was too dark to see, or because paper was too wet to write on. 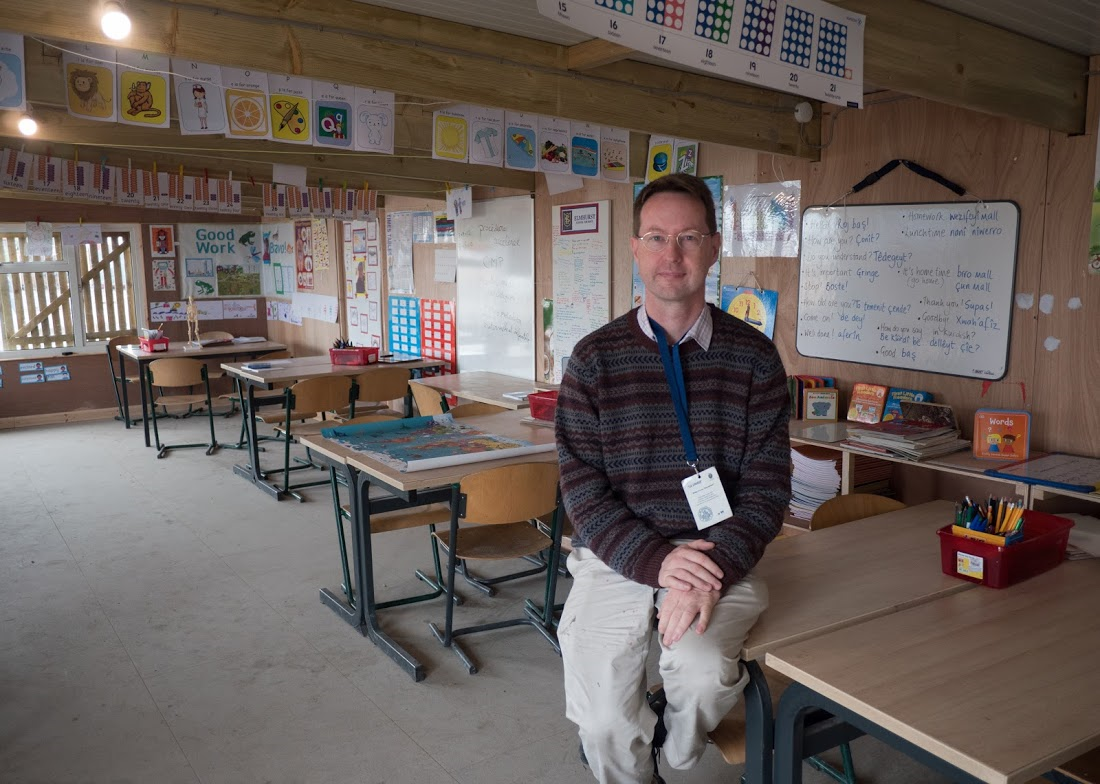 Yet despite these very different and challenging physical circumstances, even at the extreme ends of education, there is still a need for data. Challenging conditions do not mean that any educator can opt out of constantly trying to raise standards and improve the education of youngsters.

I’ve seen well-meaning low expectations around refugee children. Visitors turn up and look at our children with bullet wounds or bomb burns. They’ve heard the stories of torture and abuse and they immediately assume that the children cannot do normal lessons of Maths, English and Science. People tell us to make it easier for the children and give them colouring or drawing to do instead. It’s vital that educators, with access to data-driven high standards, work pastorally with the children without allowing it to become an excuse for lowering standards.

We have seen refugee children let down far too often with well-meaning low standards. We have seen children spending all their time doing jigsaws and colouring in, while they are unable to even write their name in the Western alphabet. It may seem a kindness on the surface to spend time playing with traumatised and disadvantaged children, but it isn’t a kindness if it means that each day they are slipping further and further behind academically. Children will not look back and see a kindness when the result in the future is that they are unemployable because they have missed out on their education. 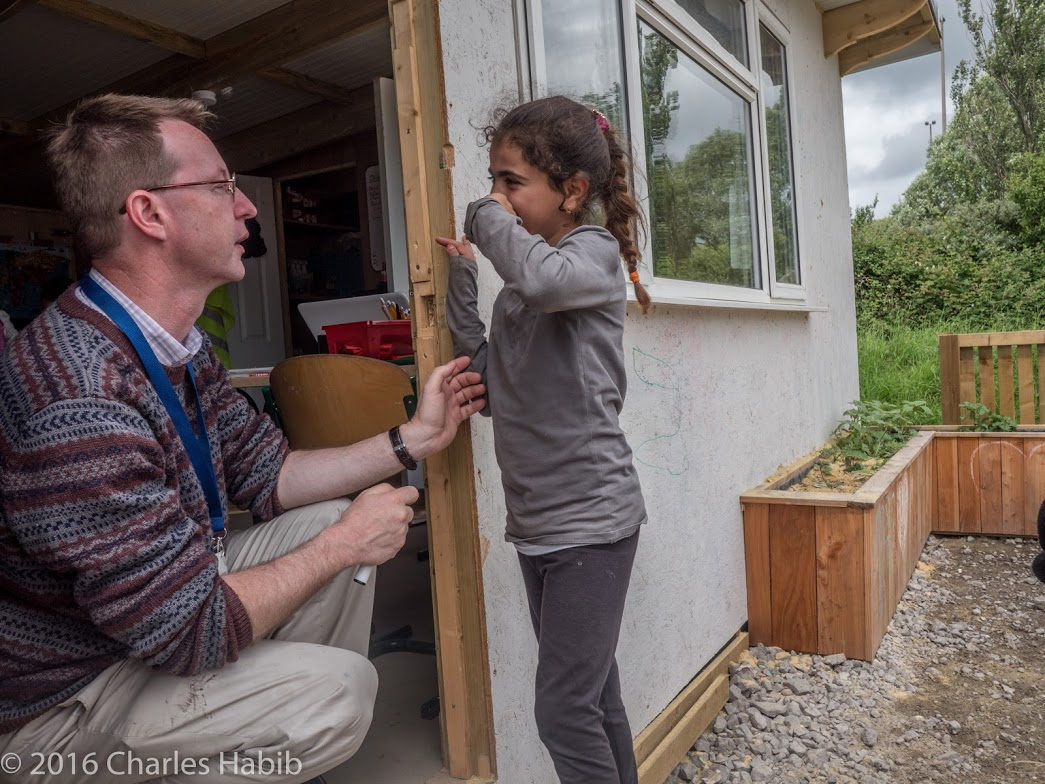 Even the children themselves tell us this. I remember vividly a couple of 15 year old girls crying at the end of their first lesson. When I asked them what was wrong, they said nothing, that it had been four years since they had been at school. They were just really happy to be able to do proper school again and learn things. Even when they had (other people’s) babies to look after they would still try to attend lessons, taking it in turns to amuse the babies while the other engaged with school work.

One pupil who sticks in my memory is 16-year-old Afsana. She told me how her family were killed in Syria and how she found a baby amongst dead bodies when she was escaping. She had no idea of the baby’s name and couldn’t find anyone to take the him. So she ended up caring for the infant and taking him to Turkey with her. Sadly, one night when she was sleeping the baby was stolen from her side by suspected traffickers. She still wakes up every night crying over him. She sometimes cries when he comes into her mind doing school work, but she absolutely refuses to take time out to recompose herself. Every minute of school is precious to her because she wants to become a teacher.

She has attended activities in the refugee camp women’s centre but she doesn’t want to learn to knit. She doesn’t want to chat and she doesn’t want to get her nails painted (again). She wants to learn Maths, English and Science so that she can go to college and become a Science teacher. As things stand in Greece, there is no plan for the education of children over the age of 15. Children like Afsana are effectively written off. She has no hope, except in education. 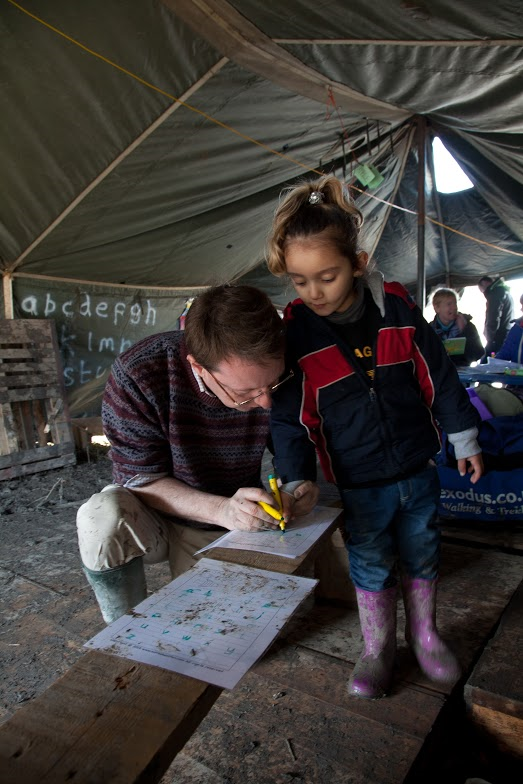 With refugee education, however, it is not always clear what data we should be using. We sometimes have children from half a dozen different countries, working in yet another country with teachers from two or three other countries and an understanding that the children may end up in yet a further country. In that kind of context we need international educational data.

Fortunately, every three years the Organisation for Economic Co-operation and Development (OECD) carries out the PISA (Programme for International Student Assessment) project, which compares education between countries. The most recent set of data covered the 34 countries of the OECD plus another set of partner countries. In total, some half a million children across 65 countries were assessed in Maths, English and Science, as well as providing information about themselves and their attitudes. The finished report comes to more than 2000 pages, but it provides a fascinating insight into international educational standards.

PISA data tells us that across the OECD countries some 25% of students reported that they truanted from a lesson or from school, at least once in the previous fortnight. The UK happens to be precisely average with 25%. However the figures are wildly different around the rest of the world. In Germany only 12% of children reported that they truanted, whilst in the middle Eastern countries it was 57% (Jordan) 28% (Qatar) and 50% (UAE). 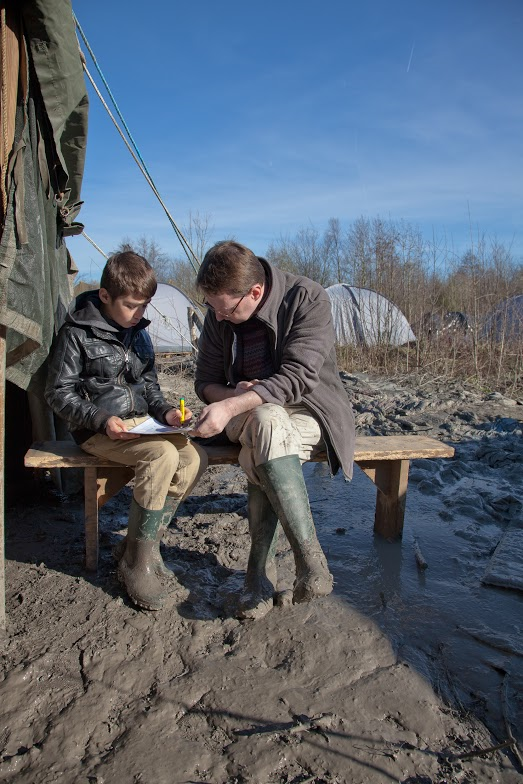 The question for us as teachers is which figure should we use as a benchmark for refugee education. The temptation is to use the data of the country in which we are teaching. But if we did that it would mean that in Greece we should treat 48% truancy as the benchmark, whilst in Jordan the figure would be 57%.

To avoid these kinds of complexities we take a very simple approach and use the OECD PISA average as our benchmark. So whatever country teachers are in to be better than average they should expect at least 75% of children to attend every session which they are timetabled for.

Actually the reality is much better than this, and we normally achieve at least 90% attendance. Depending on the time of day, or the day of week. We will occasionally lose children for medical appointments and aid distributions. In some camps where there are limited sanitary arrangements we lose children from lessons when they get “shower appointments”. As these come around only once a week or even once a fortnight, it is entirely right that children prioritise them over lessons.

When teachers teach abroad in international schools or refugee camps they often comment on the differences to UK schools. However, in any context we do all use data and educational management tools so that teachers can focus on what is important: changing children’s lives. Therefore, take in all the data you can, and see how you can use it in your classroom.

How do you utilise such data? Let us know below.