Chances are, you watched the occasional film in school. Dances With Wolves, Of Mice and Men, Chicken Run, Hamlet… there are plenty of movies that do the rounds. As such, I’ve suggested my own list of 10 films that I’d recommend using in the classroom, depending on the age group. Now, these are of course down to your discretion. I’d absolutely recommend checking out the BBFC descriptions for each one, and you may even want to watch them yourselves before putting them on for your pupils. Each of these films offer something useful for studying larger issues, and should be ideal for some very fruitful discussions afterward.

First off, let’s address the frozen elephant in the room. If you’re a parent, you’ve likely seen Disney’s Frozen by now, and if you’re sprogless, you’ve hopefully seen it as well. Coming out this last winter, Frozen’s been everywhere. Deservedly so, too; it’s a gorgeous, funny film with a lot of wit and heart. It’s also a film about accepting those who are different. There’s a very good chance that Princess Elsa’s plight represents young LGBT individuals (a same-sex couple makes a brief appearance), whereas others would state that her exile is all about teen angst. Either way, the film most definitely champions accepting those who are different to you.

The funnier film of the two, ParaNorman addresses similar issues. Norman is an oddball who sees ghosts, so of course he’s an outcast in the community. When the dead rise from their graves, though, he’s the only person who can save the town. Slightly darker than Frozen, ParaNorman stresses that only bad can come from fear and hostility, and that working together is the way forward.

The Pirates! In An Adventure With Scientists!

Chances are, you love Aardman. Be it Wallace & Gromit or Chicken Run, the British animation studio has provided wonderful, hysterical fun over the years. This nautical adventure actively enthuses that people should get into their history and literature. Admittedly, it’s about as historically accurate as Braveheart, but when you have Jane Austen hinting at having a previous dalliance with the Elephant Man, it’s a must for young, inquisitive minds who fancy a good laugh. 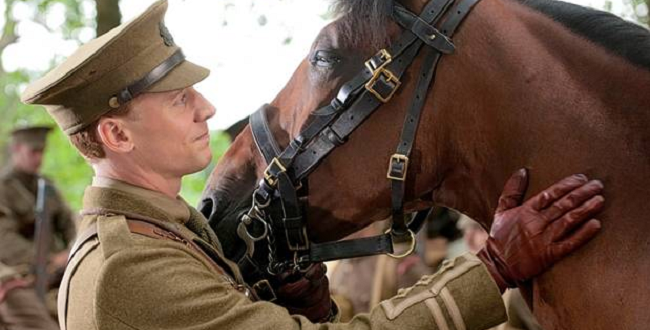 Based on the novel and play by the same name, Spielberg’s film takes a sentimental look at those involved with the Great War. Drenched in syrup it may be, but it’s genuinely emotional as we see Joey the horse travelling across war-torn Europe. An all-star cast (many of whom will be recognisable to kids), beautiful cinematography and a compelling story add to what could make a terrific introduction to the First World War.

A pacifistic rallying cry against military paranoia, this Cold War-set animation tells the story of a young boy forging a friendship with a giant, extraterrestrial robot. Genuinely funny for much of its runtime, Brad Bird’s (The Incredibles, Ratatouille, The Simpsons) classic family film tugs at the heartstrings and looks good while doing so. The titular giant just wants to experience this world, but his new friend knows that people would just “freak out”. Targeting both the McCarthyism of its setting and xenophobia in general, The Iron Giant is a grand film that puts out some very positive messages of acceptance.

The Princess and the Frog

This recent Disney flick is a winning, jazz-scored story of a young woman getting turned into a frog. Set in 1920s New Orleans (you know the soundtrack’s going to be great), much was made before the film’s release about the fact that it featured a black protagonist - an unfortunate rarity for Disney. However, while that is addressed in the film, what’s much more important is that Tiana (our ‘princess’), is an incredibly hard-working single woman with two jobs and high aspirations for her career. The magical journey into which she’s thrust is a major inconvenience for her, as she has work to do. It’s a great flick for helping pupils learn about racism, class divides and working hard to get what you want. Also, the hand-drawn animation is something to really behold.

You’ll remember this one; like Frozen, it was huge upon release. And again, rightly so - charming, funny and surprisingly fresh for a 1920s-esque silent film, we witness the rise, fall and rise again of a Hollywood legend (the film is actually French). While the two leads are both incredibly likeable in their roles, young viewers in particular will love Uggie the dog, who even gets a heroic action sequence. Not only will The Artist offer a different kind of viewing experience for kids (the dialogue remains on-screen for a decent amount of time, and it can always be paused), it takes a look at what happens when pride gets the better of a person. There is, of course, the added value of getting a look at the early days of Hollywood.

Another watch that might be tough for younger viewers, Rabbit-Proof Fence is about three young aboriginal girls who escape their white captors in order to return home. An angry look at Australian slavery, it’s an incredible true story of what children are capable of when it comes to self-preservation and their familial attachments. Rabbit-Proof Fence is an invaluable look at an underexposed tragedy, one that allows students an insight into the troubling early days of a magnificent country.

For those who love a great love story, WALL·E is a cracker. The second flick on this list with a titular robot, the Pixar animation tells the story of a drone working alone on a forgotten Earth. His job is to crush and pile up rubbish, a task that takes up most hours of his day. Seemingly the last being on Earth apart from cockroaches, his adventure begins when new life is discovered and a female robot comes to his desolate patch of the planet. What follows is a warning against corporate greed and an embrace of environmentalism, as the movie shows us what might happen if we continue to soil our world.

The one film on this list that’s clearly for adults, Good Vibrations is definitely worth showing to students who can handle it. Similar to The Iron Giant, it’s a love letter to pacifism; here, we’re in the midst of 1970s Belfast, looking at a wonderfully-true story. The civil war is taking a tole on culture and local DJ Terri Hooley decides to take action. Despite the threat of trouble from the IRA, the police, skinheads and a plethora of other parties, Terri opens up a record shop: Good Vibrations. The antics over the ensuing years show this loveable rebel doing his absolute best to defeat idiotic violence with love of great music. As an introduction to the Troubles (a term Hooley considers useless), you can do a lot worse, especially with a huge amount of home and news footage from the time.

Which films do you use in the classroom? Let us know in the comments!