10 tips for helping students with SEN

Jules Daulby was originally a Secondary School English and Drama Teacher and Deputy Head of Sixth Form. Following a period working for the Falkland Islands Radio Station as a News Broadcaster, she returned to the UK and worked as a Parent Partnership Officer. Alongside this, Jules worked in a Further Education College teaching key skills and Functional Skills in English. She then worked as a Learning Support Tutor for FE and HE students and is now a Specialist Teacher and Assessor of students with Specific Learning Difficulties. She also undertakes training and Assistive Technology Assessments for students in mainstream education.

Website: mainstreamsen.wordpress.com/ Email This email address is being protected from spambots. You need JavaScript enabled to view it. 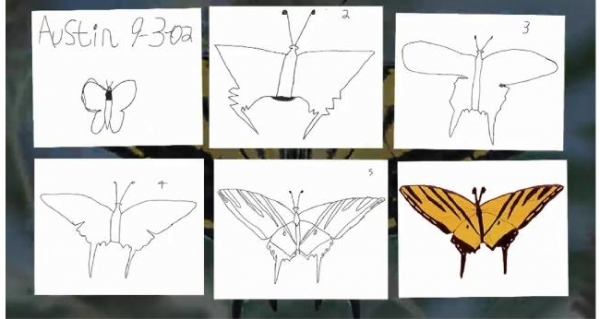 What is excellence and how do we achieve it? How can we take the secretarial out of excellence? You may have heard of Ron Berger and Austin’s Butterflies, showing the stages a boy goes through to create an excellent drawing of a butterfly. It’s an uplifting clip, reminding us how we need to teach our students the drafting process in the pursuit of excellence.

It is difficult to see how the task could have been changed for a child with SEN; in fact, the carefully staggered stages to reach the final goal, is best practice. I’m interested, however, whether more complex tasks requiring secretarial skills could make life easier for students with Specific Learning Difficulties while still asking for excellence.

Here are some ideas:

When a student is asked to plan work it might seem like too much to be asked to write it again. This may affect students differently:

Software such as Inspiration can make planning and editing work easier. The student can plan in a spider diagram then click a button which turns it into a linear essay. Not only does this remove the task of having to rewrite, it also does the structure for you. For students, this can be feel liberating and leaves them to concentrate on the content. Inspiration can even turn the essay into an impressive slideshow in minutes; not only preventing having to rewrite the words, it also gives the outline of each slide – it looks impressive very quickly allowing the student to make changes to a frame provided for them rather than starting from scratch.

This is such a simple adjustment but for some can change everything. Is their handwriting messy? Is it painful for them? Are there a lot of scribbles, asterisk and arrows? Word processing takes the secretarial away. The student can cut and paste and also, importantly, read what they have previously written during the drafting stages. While some students find handwriting helps with their thought process, others prefer to dump ideas down first and then structure.

If this does became the student’s usual way of working, it’s really useful if they are encouraged to learn to touch type, this will speed the process up. Some schools have touch typing clubs, which are great to encourage these skills.

If spelling is the problem, ask the student to write without worrying about their spelling, and just let them word process with the spellchecker on.

A student with dyslexia will often use a very narrow range of vocabulary when writing, as they stick to the words they can spell. If you have an articulate student whose writing does not reflect their ability, compare work using a spell checker – it may be that the content becomes more sophisticated just by allowing them access to words they cannot spell. There is software from Crick where teachers can create word banks of key words, allowing the student to toggle between a normal keyboard and the word grid taking away even more of the secretarial.

Do you have some students who have just finished drawing the table and plotting results by the end of the lesson?

For a science experiment why not try Google Forms – students input the data into the given cells, the results create bar charts or line graphs leaving the students able to concentrate on the analysis. Drawing the table live with the charts updating also makes the process accessible to all students rather than leaving some still drawing their chart by the end of the lesson. FormMule and Autrocrat are other options (idea from @ictevangelist).

If a student is not a fluent reader, then they will be missing much of the content; by allowing a student to have text read to them will aid comprehension. This merely decodes words for the student; it doesn’t read with expression so it levels the playing field rather than giving an advantage to a student; it does however remove that particular barrier. Some schools have found reading pens useful for those students who struggle with the occasional word.

This can really help students with ease of writing as it speeds the process up. Using an app which will also read it back to them is great for proof reading. Text prediction is on most computers or a slightly more advanced option would be software like Read&Write Gold or Clicker which also have text-to-speech built in.

For an EAL student, the language may inhibit the ability to achieve their best work. Not only are they concentrating on excellence, they are grappling with understanding a second language and all its nuances and grammar.

If a student has good verbal ability but poor writing skills, then this can allow them to show knowledge without being disabled by their difficulties. Speech recognition is when a student can talk into a microphone and the software will type for them. I use Dragon NaturallySpeaking for some of my students, and the longer they use it, the easier it becomes. It does take practice, however, and while excellent for students with very poor writing ability, they do need to be trained how to use it properly. Speech recognition also engenders independence; this is far better than using a scribe for students who are verbally able but have poor writing skills.

I’m a big fan of allowing a student to storyboard or use images to plan work – once the structure is in place then get them to write one really good quality paragraph. The plan shows how the student understands and the paragraph is an achievable target to show some excellent writing in more depth. Popplet is a great app to create very simple spider diagrams which could be used for the planning stage.

Is it possible to allow a student to record their answers on video or with audio? Apps such as Explain Everything, Book Creator or Adobe Voice could be a way to engage some students who struggle to record their answers. Because the standard looks so high with relatively little effort, the presentation skills are removed, leaving them to concentrate on the content. When showing work to the class on the whiteboard, it is something they are proud of, rather than being embarrassed about poor handwriting and messy work.

If students struggle with the secretarial part - the handwriting, the spelling, the planning - then we need to find ways around this so they can concentrate on the excellence. There is nothing more frustrating than low expectations for students with specific learning difficulties, but the targets need to be realistic, and by taking the secretarial away, the excellence part can prevail.

On top of this, another idea from @ictevangelist: Use Google Docs and Flubaroo to create a quiz which is automatically marked, giving instant results leaving you free to prepare lessons.

Are you an SEN teacher? Share your specific tips in the comments below!