Not so long ago, geeks were often considered outcasts - both in schools and in society at large. Although they bonded with other like-minded people, geeks didn’t typically mingle in mainstream culture.

Now, things are much different, and some analysts think we’re living in a golden age for geeks. Indeed, Marvel heroes dominate cinema screens, while comic con gatherings attract people who often dress up as their favourite characters. So how can schools use this to better connect with their students and communities?

Many people who embrace geek culture adore gaming and creating things, whether in real life or the virtual world. Perhaps that’s why Nintendo has positioned its Labo system as one that highlights the educational value of technology. It lets kids build robots and peripherals, activities which could eventually urge those youngsters to become interested in STEM fields such as engineering. 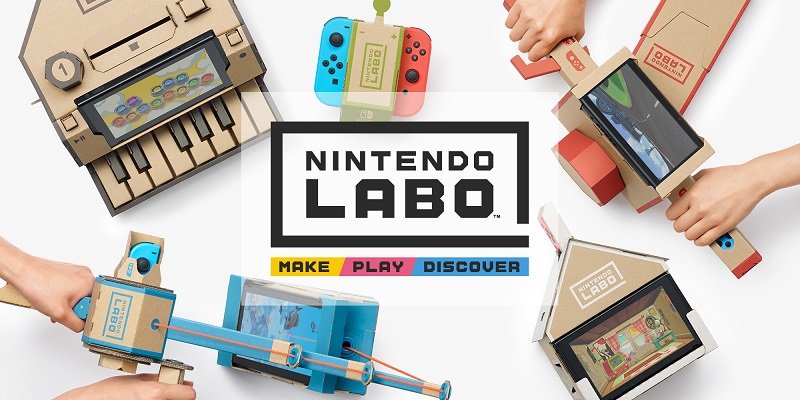 If teachers seek out resources such as the Labo to enrich and increase hands-on learning experiences in the classroom, they’ll be tapping into geek culture, helping students to see just how fun learning can be.

Time in school is often about exercising critical thinking skills, and teachers can easily apply geek culture to that aspect of classroom learning. Embrace geek culture by, for example, delving into films and literary works that are considered some of the best released during a particular year. There are numerous lists available online for focusing on a given time period, topic or location.

The Comic Book Club is currently passionately debating the motivations of Thanos, genocide, and how we need to incorporate the movie into the classroom next year when discussing genocide. I love my "job"! pic.twitter.com/o2F3Ow8Liv

Culture and media often mimics the times in which it’s created. Therefore, as a teacher, you can urge students to pay attention to what happens on screen, then compare and contrast it to more recent events (for example, how do pupils’ favourite TV shows mirror the current climate?). Focus on some aspects that are timeless, such as the fact that people who love geek culture often have a strong sense of community among themselves.

There’s an effort to make comic conventions more accessible for the people interested in attending them. One example is Thought Bubble, a comic con in Leeds that’s lauded for not having fans pay through the nose for admission.

Although this specific event has passed, it’s worth seeing if an upcoming comic convention in the area has group rates applicable to a classroom of students. Whenever they’re out of their usual environments, students learn constantly. They’ll observe things around them, watch how people interact with each other, and notice the amount of creativity and detail that went into people’s costumes.

Depending on the age of your learners - experiences differ between Primary and Secondary - you may need to recruit some parents to help keep everything running smoothly for the day. However, by doing so, you could expand the horizons of students who aren’t very familiar with geek culture, build school community, and delight those that have loved it for years.

Among the most important things a teacher can do is instil a love of reading in their students. Because it’s difficult to choose titles that appeal to every child in a class, variety can help keep things interesting for everyone.

See my pinned tweet for a chance to win this historic comic - fantastic for a classroom discussion about 9/11. Winner chose tonight on #FreeComicBookDay #comics #education #teacher #history #literacy #sschat pic.twitter.com/0hHVotL8AT

Instead of sticking rigidly to recommended reading lists, it’s worthwhile to at least consider assigning comic books for kids to read from time to time. That’s one way to get kids to take a break from games and computers to get engrossed in words on a page - even those accompanied by well-drawn illustrations!

5. Increasing the support for extracurricular activities like coding clubs

Many groups are cropping up that want to introduce coding to kids as young as six. One of them is Liverpool’s Little Sandbox. It lets kids get acquainted with technology by using all the equipment needed to experience it. Attendees pay a flat fee for each session, and can join at any time.

Busy night at club tonight.
As well as podcasting, VR, websites and Ozobots we made a laser cut pacman, TARDIS and the Tunisian national flag. Along with some paper circuits and a 3d printed ship. pic.twitter.com/xUtBSCZXW3

These social gatherings bring like-minded youngsters together outside of school hours. If teachers find out such groups are happening in their communities, they can support them financially by offering administrative assistance or just by spreading the word to other educators.

Register for free to continue reading
Registration is a free and easy way to support us.
When you register, you'll join a grassroots community where you can:
• Enjoy unlimited access to articles
• Get recommendations tailored to your interests
• Attend virtual events with our leading contributors
Register Now
Already got an account?
Login
Read 7890 times
Tweet