Accessibility for the iPad

Rebecca is an experienced speech and language therapist who works with adult clients with neurological communication impairments. Rebecca became interested in finding a more mainstream “cool” AAC device. As an off-shoot to her successful therapy resource website Therapy Box, Rebecca has formed www.tboxapps.com and with the feedback from fellow clinicians and AAC users has developed two applications for the iPad/iPhone, ‘Predictable’ and ‘Scene & Heard’, available from iTunes.

Website: www.tboxapps.com/ Email This email address is being protected from spambots. You need JavaScript enabled to view it. 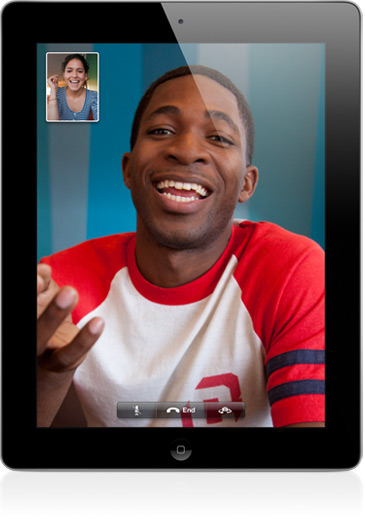 While the iPad is a welcome addition to homes and classrooms, it has also been the talk of the town for people with disabilities who are finding that some of the built-in accessibility features have enabled them to replace existing equipment or to use the plethora of apps being released each day.

VoiceOver for example, allows screen reading for people with visual and literacy difficulties. With VoiceOver, you use gestures (or finger based movements like tapping, dragging and flicking) to interact with items on the screen. That means you can touch the screen to hear an apps’s title, then gesture with a double-tap to go into that app. The speech rate is adjustable as is the language! iBooks is also compatible with VoiceOver. One thing to bear in mind is that while the apps that come standard with the iPad are VoiceOver compatible, other apps you may install would only be VoiceOver compatible if the developer has designed them with that feature in mind.

The Zoom feature allows people with visual impairments to zoom in to increase the screen’s magnification to up to 500%. Options for different contrast, such as white on black or black on white may also be beneficial for some people with low vision.

Apple has announced that further accessibility features will be included in the release of iOS 5. LED Flash and Vibration features will allow iPhone users to see and feel an incoming call. This is great for people with sensory difficulties.

One of the features of the iPad and indeed iPhone/iPod Touch is the ability to use FaceTime and Skype to have video conversations. This is a great way for people who communicate using non-verbal means (including sign language) or who benefit from extra visual information and context.

If you wanted to read more about accessibility and the iPad you should check out the website ATMac which provides instantly useful information about all Apple and Mac products for users with a disability, chronic illness, or other impairments. It's largely written and edited by Ricky Buchanan who uses assistive technology herself.