Dr. Anthony VonBank has served the education field for over fifteen years, most of which has been in the secondary school classroom teaching English, communications, or technology to adolescent learners. He has also presented a variety of instructional technology topics at workshops and conferences (both regional & national), and has taught educational leadership classes at Minnesota State University. He currently serves as a technology integration specialist in Princeton, MN, where he lives with his wife and three children

Website: Clouducation.wordpress.com Email This email address is being protected from spambots. You need JavaScript enabled to view it.

How are cloud-based technologies being used in the US education system? Edtech expert Anthony VonBank discusses the opportunities afforded to American schools, and the pros and cons of each.

[As seen in the February 2014 edition of our magazine] 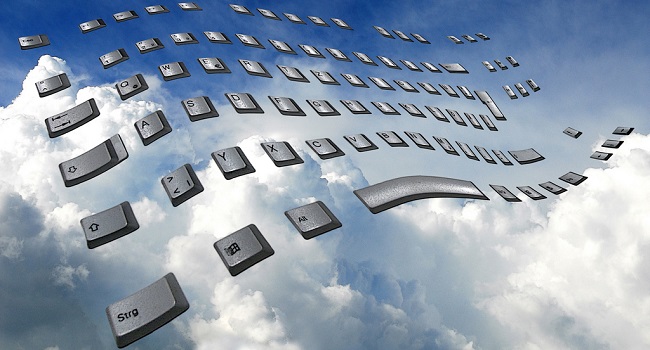 It’s not hard to see why cloud-based productivity tools are a hit with educators and students. With a minimum of setup time, teachers can share documents from a variety of formats, allow them to manipulate the documents in real time, and make copies for their own records. Students can work collaboratively on documents and presentations, create surveys and operate spreadsheets from different computers, anywhere in the world, in live time.

Google’s app suite, used in many US schools and across the globe, has become the leader in cloud-based productivity applications. But why Google? There are other products available to schools that offer the same basic functionality as Google Apps. Microsoft 365 and several other products can arguably do the same work, more or less, as the offerings of Google. Is Google’s product just better?

Microsoft 365 users could easily make a case for the quality and reliability of the SkyDrive-based productivity suite. At this point, it hardly matters. Google will enjoy its reign as education’s favourite cloud-based solution in the US for the foreseeable future for one very particular reason: it has achieved the critical mass that social-based tools need to succeed.

Since Google was one of the first, largest, and therefore most prominent providers of this kind of innovation, many schools adopted it before the market was really prime for true competition. The appeal of Google apps was readily apparent to early-adopting schools, and others have followed suit largely due to the power of the tool in concert with other users. Google apps became the coin of the realm simply because other schools were already using it. The ease in collaboration benefited not only students and teachers in the same ecosystem, but as use of Google apps became more widespread, it became apparent that there were new opportunities for educators and students to collaborate on a global scale. All that was needed was for users in other schools and districts to use the same product.

The spread of Google Apps was therefore not predicated simply upon having the right tool for the job, but also the kind of tool that was in use in so many environments as to expand the overall power on a grand scale.

This critical mass has made it very difficult for competing services, such as Microsoft 365, to gain market share here. Simply put, everyone in the US uses Google Apps in schools because everyone else uses it. Google understands this dynamic quite well, as its own effort to penetrate the social media market dominated by Facebook with its own Google+ creates the same sort of challenge. Cloud-based software like Google Apps and Microsoft 365 are essentially a social platform. This social component makes the critical mass of users a far more important consideration than simply the quality and functionality of the individual product. Microsoft 365 may well be a superior productivity and collaboration suite, yet it will still have difficulty making a large impact on the education market until such time it can gather larger groups of users.

That’s not to say Microsoft will never be a major player in the cloud-based application game in America. In the past few years, Microsoft has made monumental efforts to secure favour in the education market, and not just in the realm of cloud-based applications. The Surface tablet, marketed as a direct competitor to Apple’s iPad, is being heavily marketed to schools looking to get to a 1:1 device ratio with students.

While Apple still dominates the tablet landscape, the Microsoft tablets are attracting attention and sales. It seems clear that the tablet market is where Microsoft hopes to win over educators to the Microsoft brand, and by extension, to its cloud-based software as well. Google has responded by making valiant efforts to woo schools with its laptop-like Chromebook.

The question is far from settled. While Google, Microsoft and Apple all court schools worldwide, smaller cloud-based services - some open-sourced and most free to users - continue to rise and create disruption to the cloud market. The clear leaders in education technology will certainly change in the coming years, but the real powerhouses will be the ones who can sustain the largest pool of interconnected users long-term.

How have these products affected your own teaching? Let us know in the comments.

Register for free to continue reading
Registration is a free and easy way to support us.
When you register, you'll join a grassroots community where you can:
• Enjoy unlimited access to articles
• Get recommendations tailored to your interests
• Attend virtual events with our leading contributors
Register Now
Already got an account?
Login
Read 10709 times
Tweet