Bringing English lessons to life with Of Mice and Men

Book and baking-enthusiast Anthea has been a teacher for 15 years. A lover of literature, she teaches English because it’s “a subject where you can read books, write about books, talk about books and forget that it's all made up!”  She's probably a bit too charmed by Iago.  After teaching about 10,000 lessons over the years, she still loves learning about and trying out new ideas - some better than others - in the classroom. 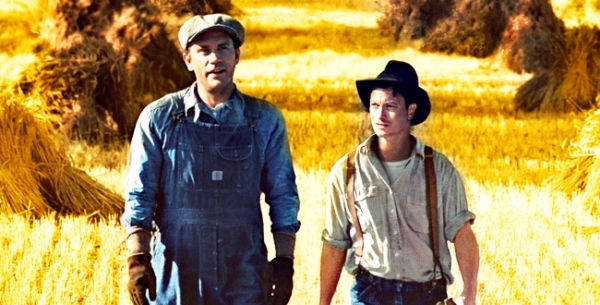 When the changes to GCSEs were announced, English teachers across the land were bereft. George and Lennie had been “canned”. Like Candy’s dog, they had been cast aside and denounced as useless. What would we do now? The frustration felt was not so much that years of experience teaching this great book would be lost, but that hundreds of young people wouldn’t get to know George, Lennie and the other characters on the ranch.

"I asked them to write in role as Curley’s wife, from her point of view."

Thankfully, this wonderful novel, which teaches us so much about kindness, friendship and respect for others, is now on our Year 9 reading list. I wondered whether my students would have the maturity to deal with the brutality and cruelty of life on the ranch, much less get past Curley’s glove! I also wondered how I would approach this text without the constraints of teaching to an exam.

Here are a few of the ideas that I have used this year; some old, some new. I can’t take credit for them all. Much of what I do with all of my classes is inspired by the excellent and generous teachers on Twitter.

Curley’s Wife and the judgemental reader

All too often, students condemn Curley’s wife from the outset. Well, Candy says she’s “got the eye”, so it must be true, right? I wanted them to see beyond this, but, indeed, see it for themselves. I want the class to be able to consider more than one interpretation of a text or character. I asked them to write in role as Curley’s wife and retell her first appearance in the novel from her point of view. The class were told they could keep the dialogue, but they couldn’t change events. The outcome was superb – sensitive, thought-provoking and original. No-one had mentioned before this that she might be lonely or that Curley might be a terrible husband. The class had really shown that they could look beyond a first (and sometimes misleading) reading. If I was going to do this again, perhaps I would read parts of chapter two in a different order. Would it make a difference if we met Curley’s wife before we heard Candy’s account her of character?

Sticking with developing interpretation skills, we read chapter three (pausing for dramatic effect after the shooting of Candy’s dog) and looked at the theme of violence. I wanted the class to understand that violence doesn’t have to be physical and that it can take different forms. So, armed with a focus question (How does Steinbeck present the theme of violence?), students reviewed chapter three, collected quotes in their boxing gloves and began explore Steinbeck’s use of language.

How would I do this differently in the future? Next time, I’m going to change our focus from violence to power. I think this will encourage a wider range of interpretations because it’s a more generic theme. I’m also going to introduce my class to @HeadofEnglish’s rainbow analysis template to help them build up layers of analysis.

Really reading between the lines

Having seen examples of blackout poetry on Twitter, I thought about trying a similar approach to textual analysis. Sometimes, students are overwhelmed by the amount of words in a text so if they could reduce the amount and narrow their focus, they should be able to see how the writer is able to create a character. I could vaguely remember seeing the beginning of Chapter 4 presented as an alphabetised list on Twitter (See, I said much of what I do come from other people’s great ideas) but couldn’t find it. So, after much messing about on Word, I managed to manipulate the first two paragraphs into alphabetical order. I gave the extract to the class with no explanation other than to get rid of any words that didn’t help them answer the question: what do you learn about the character being described? They then explored the words that were left.

"I wanted the class to understand that violence doesn’t have to be physical."

I think this activity worked really well in enabling the students to see what is and isn’t important in a text. However, next time I’ll change it by getting the class to present their findings using @thebadpedagogue’s character fingerprint idea. There only so many analytical paragraphs I can mark!

Back to the beginning

So with chapter 6 in sight, I tried to get the class to think about structure and what had or hadn’t changed for the reader. We started by discussing what had changed for George and Lennie during the novel. Then, using a recent idea shared by @matthewmoor3, we used this template to compare the beginning and ending of the novel. Why is it cyclical? Why do we end up back where we had essentially started? We are all guilty of getting swept up in George and Lennie’s story, and so I wanted to encourage students to think about the intention of the writer: a much needed skill for progressing to GCSE study.

I love reading this book every year with my classes, for an exam or otherwise. There is always something new to discuss or consider. I’m quite happy that it’s no longer an exam text, but only because there is now time to try a different way to “tend the rabbits”.

Have you taught Of Mice and Men? Share your experiences below!

Register for free to continue reading
Registration is a free and easy way to support us.
When you register, you'll join a grassroots community where you can:
• Enjoy unlimited access to articles
• Get recommendations tailored to your interests
• Attend virtual events with our leading contributors
Register Now
Already got an account?
Login
Read 7949 times
Tweet