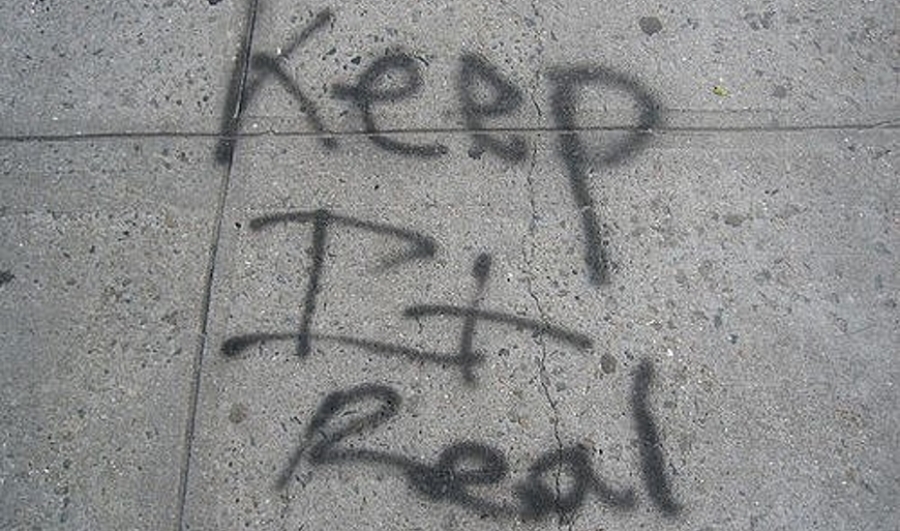 Originally published on 10th May 2016

You know that abject look of terror on a Primary school teacher’s face you get when you ask them to teach Computing? The one that says they would rather teach 5J for writing in an afternoon after a wet lunchtime.

It doesn’t have to be that way. Computing can and should be exciting and engaging! My idea is to keep it real, get hands-on and create memorable experiences with physical Computing. Many elements in the new Computing curriculum lend itself to moving away from the screen. It doesn’t have to be death by Scratch (though I do love that pesky little feline). 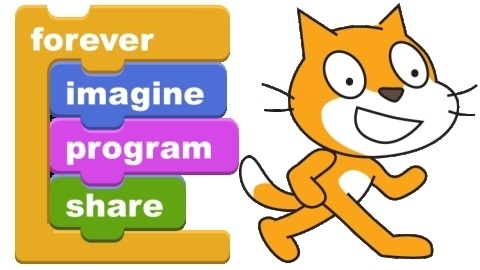 Back when I was training, my course had the slightly odd title of BSc Mathematics and Technology. This was essentially a degree in Maths with an add-on unit in Technology, a vague term encompassing technology in its broadest form. We used the first generation of iMacs and digital cameras to create design projects, such as paper containers. However, the task that I always liked best was using the Roamer to tell stories. 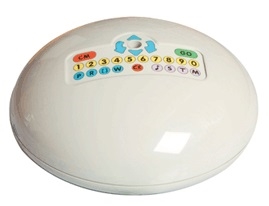 Our project involved creating a cover for the Roamer from modroc plaster, creating a 3D floor mat and writing a story for Roamer (a domed shaped floor robot programmed through a version of the logo language) to act out. We then wrote algorithms to program the Roamer to move in sync with the story we created. Through this process, we needed to debug.

The new curriculum for Computing states at KS2: Design, write and debug programs that accomplish specific goals, including controlling or simulating physical systems; solve problems by decomposing them into smaller parts. Use logical reasoning to explain how some simple algorithms work and to detect and correct errors in algorithms and programs.

We had unwittingly shown we could achieve the expected standard for a child in Computing that would be released 16 years in the future! Of course, I am being flippant, but wouldn’t it be great if we could achieve all of these statements in an exciting, cross-curricular way, rather than by the same old screen-based activities?

While Roamers are more difficult to come across these days, there are endless Bee-Bots sitting in cupboards across the country gathering dust. They would be perfect for a similar activity. 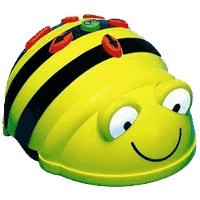 “Once upon a time Bertie Bee-Bot had to collect nectar from three flowers to create the ultimate pot of honey. He would have to travel safely across the garden, avoiding the tree, the angry wasp and the fly swatting gardener…” Instantly you can inspire the children to create code for a reason. 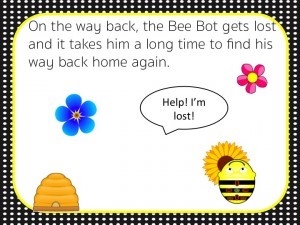 The newest generation of Bee-Bots are Bluetooth-enabled which opens up a works of opportunities. They can be controlled via an app on tablets. More excitingly, there is a funky little device available which allows children to physically select and order their instructions. Once the children have created their algorithm, they hit the go button and watch as the magic happens!

Bee-Bots are all well and good for Key Stage 1, but they are limited in the instructions that can be given. Bee-Bots can’t handle repeats and specific angle turns. This is where their predecessor, the Roamer, had the edge - but fear not! There is solution…

Over the last couple of years, the rise in Bluetooth-enabled toys has led to some exciting developments in tablet-based programming. The Tickle app brings together Scratch-like programming with the likes of Sphero and Ollie. If you haven’t heard of these, then prepare to want one very shortly. 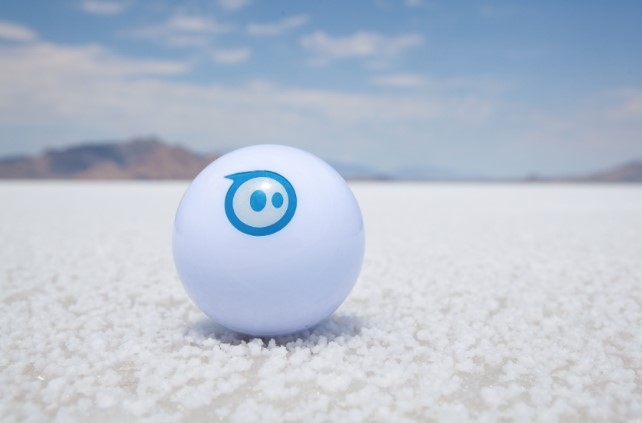 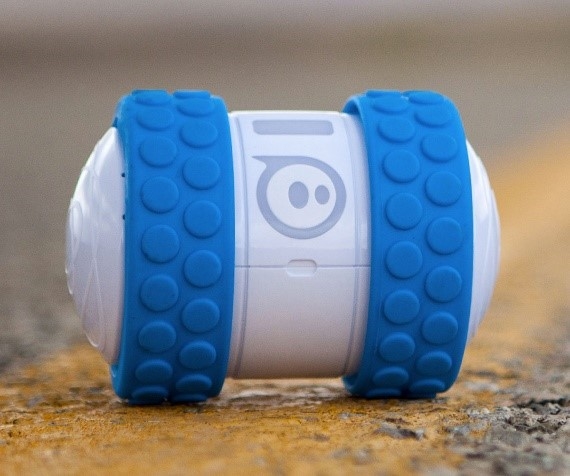 Sphero is a tennis ball-sized robot that has no wheels as such. It has a gyroscopic inside that drives the shell to make it move. Ollie is a tube with a wheel at either end. Both can move quickly and turn in tight circles. For the Star Wars fans among you, there is even a BB8 version of the Sphero, complete with a little head and everything! 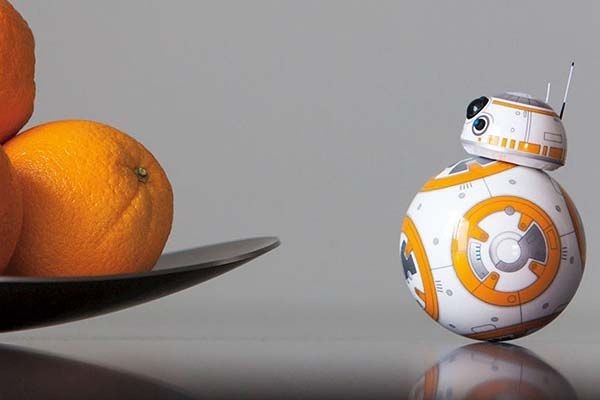 What if you could create a maze and challenge the children to navigate it? An actual physical maze. It could be as simple as a few rulers or books laid out on a table, or as complicated as MDF boards screwed together. The most quirky option I have seen recently was on Twitter, which used plumbing pipes and connectors to create the maze. Whatever you choose, I would suggest that you make the maze adaptable. This way, you can build in differentiation by making it more complicated. 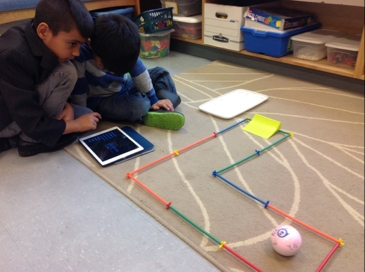 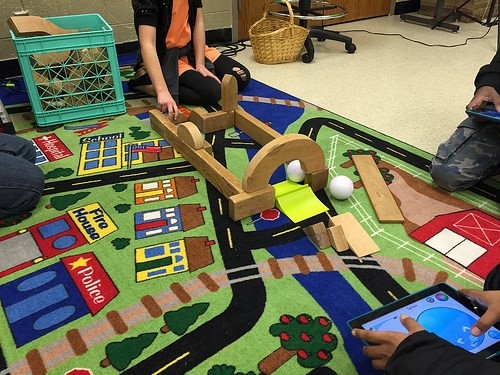 With two Spheros, you could hold a race for freedom with teams of children creating algorithms to escape the maze. How about a time trial? Sound fun?

All of the time we are still hitting the curriculum targets: Design, write and debug programs that accomplish specific goals, including controlling or simulating physical systems; solve problems by decomposing them into smaller parts. Use logical reasoning to explain how some simple algorithms work and to detect and correct errors in algorithms and programs. Simple eh? The children will be doing this while thinking they are simply having fun!

What if you could program in 3D rather than in 2D? Well… the good thing about the Tickle app is that it connects to much more than Sphero and Ollie. It also connects to some drones (the little quadcopters). I would love to create a 3D maze with hoops at different positions orientation and heights. That would not only be fun but also very challenging, even for your gifted and talented pupils. 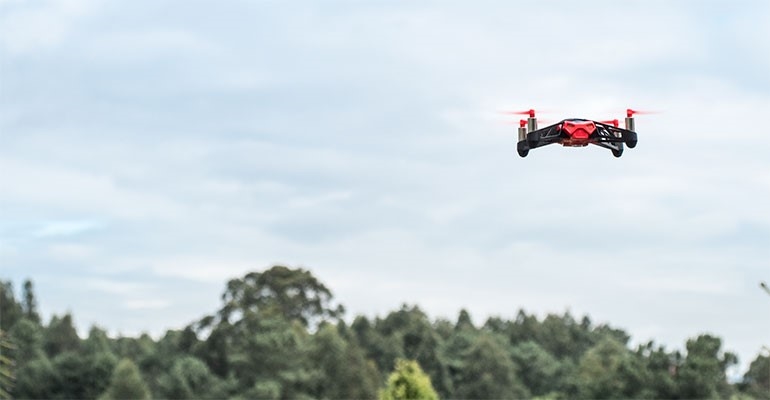 I hope I have shown you that Computing doesn’t have to be totally screen-based. The new computing curriculum can be exciting and there are plenty of links to other subjects. Think of all the Maths in navigating mazes etc. The English links in programming a Bee-Bot to move in harmony with a story. There is Science in explaining how the Sphero, Ollie or drone works and moves.

Get out of the computer suites, push back the tables and get hands on with computing. Keep IT real!

How do you keep Computing fun? Let us know below!

Register for free to continue reading
Registration is a free and easy way to support us.
When you register, you'll join a grassroots community where you can:
• Enjoy unlimited access to articles
• Get recommendations tailored to your interests
• Attend virtual events with our leading contributors
Register Now
Already got an account?
Login
Read 5453 times
Tweet