Eddie Aylett is one of the assistant principals at Bower Park Academy in Romford, Essex. He received his BA Honours in Physical Education with QTS from Greenwich University, London in 2000. He has taught in Secondary Education in the London Borough of Havering and has also taught overseas in The Netherlands. In addition to teaching Physical Education, Drama and Science, Eddie is also the academies International School coordinator and global leader.

Website: www.bowerpark.co.uk Email This email address is being protected from spambots. You need JavaScript enabled to view it.

Before leaving the UK, staff were both nervous and excited because of the preconceived expectations. When the staff arrived at the Students Paradise Secondary School (SPSS) in Beirut, the journey had begun. We began to meet an amazing group of people, staff and students, who made our staff so welcome, and excited about being in school and in education.

The Khalil family, who own the school, have made the it a paradise, literally, for all who go there and the children and staff are the extension to this family. They have instilled an ethos of hope, a hunger for knowledge and education and values in the children which are beyond measure.

Lebanon is an undiscovered jewel in the crown of the Middle East. Overshadowed by the likes of Kuwait, Saudi, Qatar and Dubai, this small nation has been all but forgotten. It is only mentioned when it is suffering war. Lebanon has suffered many times at the hands of nations bigger than itself, but it has always managed to stand up again and carry on.

One particular place that shows the determination and courage of the people of Lebanon is this school of around 800 students, the dream of a man that became a reality. In 1972 Mr. Musa Khalil opened the doors of the ‘Students Paradise Secondary School’ in Beirut. 43 years later and at over 70 years old, Mr Musa goes to the school every day to keep the dreams of his students alive.

The school has over 800 students from the ages of 3 - 18 in a very small working environment; a villa which has four floors and every space available is used to the maximum. To put it into context, the biggest classroom available to them is slightly bigger than a normal small classroom, in the UK no bigger than 12 students with up to 24 children in it.

During the week staff were taken into the school and introduced to all the children. They had question and answer sessions about the UK, our school and our students. We visited every class and saw Mathematics, English, French, Arabic and Science being taught, and were astounded by the level of knowledge the children had. We also took some lessons with Year 8, 9 and 11 students. 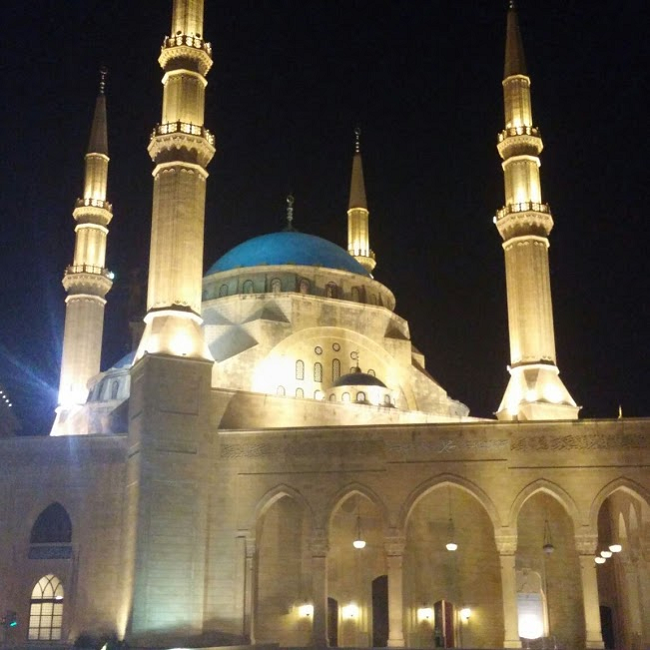 There are so many misconceptions about Lebanon, the people and the education system, but we feel the benefits of this partnership are massive. The enthusiasm shown by the teachers was exceptional and learning was fun. A lot of interactive methods were used to make the students’ experiences of learning enjoyable. Staff found that the parents and the children treasure and support the school to make not only their lives but those around them better. All the children are proud to be part of SPSS, and more importantly, all the teachers are too. They all feel valued and that they belong to a community, a family that will always be there for them.

There is a lot we can learn from SPSS to help us support our children and raise their aspirations. We also look forward to The SPSS reciprocal visit next academic year. Deputy headteacher Mr Ibrihim Khalil will visit Bower Park Academy to experience our education system and plan how our partnership can become even stronger, adding the progression of both school students.

The Connecting Classrooms grant is available from the British Council, and as a professional I would recommend that you take a look! The world is a small place!

[Many thanks to my sources: Year 7 attainment manager Mrs R Mughal, and cover supervisor Mrs A Chaudri]

Have you undertaken a similar project? Let us know in the comments!

Register for free to continue reading
Registration is a free and easy way to support us.
When you register, you'll join a grassroots community where you can:
• Enjoy unlimited access to articles
• Get recommendations tailored to your interests
• Attend virtual events with our leading contributors
Register Now
Already got an account?
Login
Read 7954 times
Tweet