Does multiculturalism promote gender equality in the classroom?

Liz Burton is a Content Author at High Speed Training, a UK-based online learning provider that offer a vast range of training courses, including health and safety, equality and diversity, health and social care, and safeguarding children. Liz authors a variety of specialist articles for High Speed Training’s blog – The Hub – which has dozens of articles on numerous topics, including Promoting Equality and Diversity in the Classroom, as well as other education and equality-related pieces.

Website: www.highspeedtraining.co.uk Email This email address is being protected from spambots. You need JavaScript enabled to view it. 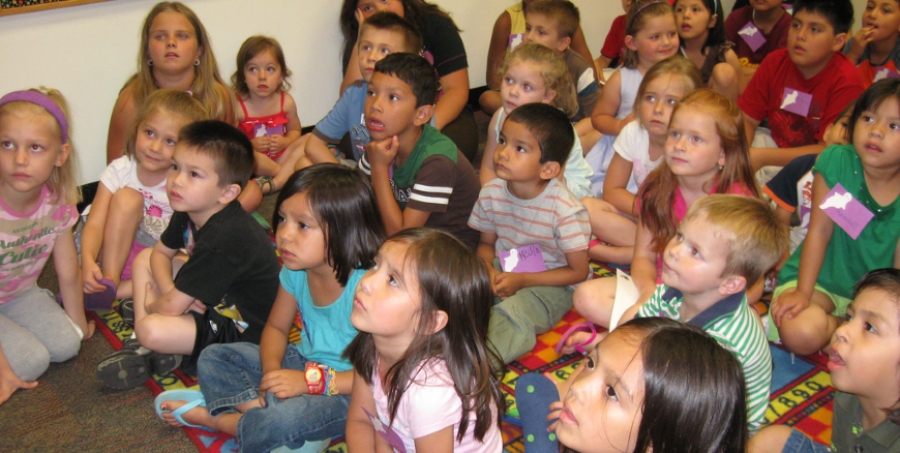 There are many ways to promote gender equality nowadays: running awareness campaigns to strengthen people’s understanding, broadcasting news stories on inequality to highlight injustice, writing papers to inform and educate, creating equal opportunity in the workplace... The list goes on.

However, it is difficult to penetrate people’s long-standing prejudices or traditional views on gender roles and other gender-related issues. Think of their views as a mound of clay: what starts off as malleable in early years becomes hardened and firmly set over time as they enter adulthood.

“Children begin developing attitudes about various groups in society as early as ages three or four.” says Dr Debra Dyrnes, as quoted by the Anti-Defamation League. “Initially such attitudes are quite flexible. However, as children grow older such attitudes become difficult to change.”

Exposure to the attitudes of people whom they submit and look up to, as well as interact with, is the primary source of children’s views on other races, cultures, and gender. This includes parents, siblings, friends, peers, and teachers.

According to Wilma Melendez and Verna Beck (authors of Teaching Young Children in Multicultural Classrooms): “Gender roles are socially and culturally bound. Young children learn to distinguish gender tasks based on the behaviour of adults […] messages in the media and in the environment. Images in the world at large, as well as comments from individuals, communicate gender stereotypes on a regular"Children are influenced by the cultural and social values put forward by their teachers." basis.”

Thus, learning in a classroom is not just restricted to Maths, Science, and English: children also learn attitudes and views, influenced by the cultural, social, and/or religious beliefs and values put forward by their teachers, peers, and learning materials – with gender and gender roles being no exception.

And because children have yet to learn which views are right or wrong – which are positive and which are harmful – the attitudes and portrayals of gender that they are most frequently exposed to become, in their eyes, socially correct. This raises the question of whether or not multicultural classrooms benefit children’s perception of gender equality. And the short answer is: it depends.

It depends on how the multiple views on gender are handled and interpreted, and the teacher plays a huge part in this. In a learning environment, the teacher is authority: they judge whether ideas expressed by students or behaviours are acceptable or not. They help correct or reinforce them. In a multicultural primary school classroom, each student’s inherited culture will hold a different perception on gender, so the attitudes towards gender roles and behaviours adopted by each student will inevitably vary. This is why a multicultural classroom can either be beneficial or harmful, depending on how it’s handled. Once students realise their biological genders are unchanging (around the ages of 7 or 8, according to Teaching Young Children in Multicultural Classrooms), they may also adopt the view that gender roles are equally non-fluid and fixed.

As Melendez and Beck emphasise: “The early childhood years are an important phase for creating an awareness of gender equality. Laura Shapiro maintains that once children have achieved a sense of their own gender, ‘the powerful stereotypes that guided them don’t just disappear…images of the aggressive male and the nurturing female are with us for the rest of our lives’.”

Whichever cultural view relating to gender is most prominent in the classroom may end up being the one deemed as ‘correct’ by students, while the minorities may end up being perceived as ‘weird’ or ‘wrong’.

For example: let’s say the majority of students in a classroom carry the traditional belief that boys must be uncompromisingly ‘tough’ and be the sole breadwinners, while girls must be the tender, caring mothers of the household. But one or two "A multicultural classroom is capable of preventing stereotypes and rigid views on gender roles."students come from a culture who believes women are most successful when independent and self-reliant and that men should always show affection and emotion. The majority view will most likely be held as correct while those of the other students may be rejected or even stifled, which forces them to adopt the majority opinion. This is damaging to gender equality, which is about accepting all viewpoints.

The tricky thing is that gender roles are not inherently bad. Women can choose to adopt a motherly role or a career-driven role if they so choose, and men can choose to be sensitive and attentive and be work-oriented if they want.

Gender roles are only harmful when portrayed as rigid.

Rigid views on gender roles perpetuate the belief that girls and boys should commit to one or the other: that one set of characteristics are more suited for a gender than another. When in reality, people benefit most when they adopt what they prefer and what suits their situation best – and they don’t pressure others one way or another.

A multicultural classroom, with the input of an authoritative adult who commits to promoting gender equality, is capable of preventing stereotypes and rigid views on gender roles from setting in and instead help promote balanced, free-thinking mentalities. These classrooms expose children to numerous views on gender roles, which helps prevent the development of gender biases by establishing an understanding that there are many different cultural beliefs.

Showing children that people from all around the world choose to adopt different views on how boys and girls should behave or on what roles they should fulfil demonstrates that there is no one right, rigid answer. It shows that there are lots of options available. They all coexist, and all are perfectly valid options.

Teachers can then establish that what ultimately matters is the freedom to choose what role they want to occupy based on which they prefer and which suits their situation – that their choice is not restricted by their gender.

The desire to make decisions for ourselves is part of human nature; it helps us feel that our identity is our own. That’s why, despite the seemingly-universal view that pink is for girls, for example, some girls express a strong disdain for it. But the disdain is not for the colour itself: rather for the fact that they’re being told how they should think.

The same goes for gender roles, but they are harder for men and women to reject, as social pressures on how we should act are greater than those on colour preferences. Adopting existing characteristics and preferences that are attached to one gender helps a person establish an identity that enables them to fit into society better.

Thus, young children are at an ideal stage of development to introduce to the concept of cultural pluralism and the fluidity of gender roles: they are not driven by these social pressures until they get older. They are driven by what makes them happy. And anything can do so, even roles that are or are not traditionally ascribed to their gender.

Therefore, they will be open to and grow up with the idea that males can occupy traditionally ‘female’ roles if they wish, and vice versa (or even both: sharing roles, equally). They’ll be open to the idea that what matters most is that everyone gets to choose, and not be pressured. This is evident by simply watching young girls and boys have fun pretending to be in roles that traditional views might not expect them to, such as boys playing with baby dolls and girls playing with building blocks and trucks.

Multicultural classrooms can help promote this level of gender equality – with the right guidance from the right teacher. They can help overcome beliefs that gender roles are fixed, which stifle children’s capabilities and happiness. And ultimately, creating gender equality means creating a more inclusive, happy future generation.

Do you cultivate these ideas in your classroom? Let us know in the comments section below!

Register for free to continue reading
Registration is a free and easy way to support us.
When you register, you'll join a grassroots community where you can:
• Enjoy unlimited access to articles
• Get recommendations tailored to your interests
• Attend virtual events with our leading contributors
Register Now
Already got an account?
Login
Read 6480 times
Tweet