Getting boys writing: Combining the traditional with technology

Google Certified Educator Philip Nottingham is a teacher and Computing coordinator at Springwell Park Primary School in Bootle, Merseyside. Teaching for approximately 10 years, he has worked in a variety of settings including specialist provision for pupils with additional needs. His lifelong love of technology and gadgets led to him creating his current role, to creatively incorporate technology across the curriculum at Springwell Park and beyond. Philip is a Raspberry Pi certified teacher and part of the Discovery Educators Network. He is a regular contributor to Staffrm as well as maintaining his own blog and Youtube channel.

Website: trysomeicytea.blogspot.com Email This email address is being protected from spambots. You need JavaScript enabled to view it.

I love technology. I also love teaching. You would therefore think that teaching using technology would be right up my street. However, I often hear of technology being used for technology’s sake and it makes me cringe. When applied effectively we can all agree that edtech is an incredibly effective and engaging tool. But what about the more traditional approaches to education; should we throw out decades of proven pedagogy because “there’s an app for that”? I have spent the last academic year working with small groups within my school experimenting with fusing traditional methodologies with technological advances. Pedagogy smashing if you will. What follows is a short record of some experiments from this year.

"We started by reading the book and discussing the themes raised."

In September, the Year 2 classes I was supporting were buzzing with excitement, as we would be host to a Samsung Digital Classroom. This is a project we are involved with to look at the impact technology could make on pupils’ learning (you can read their findings here). So already the likelihood of pupil engagement is high. I was keen to implement this technology but also aware that we must make sure that it was used effectively. My role across the two classes was to support English and Maths. I did this by taking small groups. Lower ability in English and Higher in Maths. It was with the Lower ability I saw the greatest impact from the technology.


The English group could not have been more stereotypical if I had hand-picked them. Seven low-ability boys, several with additional needs. Up for a challenge, I started to think about how I could reignite this group and engage them in the topics we were set to cover. The first thing I did was address the basic grammar skills of the group. I split the hour session into a 30 min intervention (we used Read Write Inc) and 30 minutes involving the text that the rest of the Year 2 pupils would be working on. It was in this second 30mins I planned to introduce the technology to the pupils.


One of the books we studied was Lila and the Secret of Rain. This is a lovely little story, with the titular girl trying to bring rain to her drought stricken village. Not the easiest book with which to enthuse 7 boys who had little experience of the themes in the book. We started by reading the book and discussing the themes raised. Where did Lila live? What differences are there between her village and our city? We used the tablets to research images of villages in Africa, look at maps to show the distance between Liverpool and Africa, as well as looking at satellite images to compare the colours we could see. This gave the boys a basis of understanding for the story and the discussion helped us to build vocabulary that would be useful later on.


Next we started to internalise the story. Cue lots of drama work and our first real integration of technology. We used an app, Comic Strip It, to frame key scenes from the story. The pupils took turns posing as Lila and her family being subdued by the heat of the African sun. They then used the app to arrange these into a comic strip and used text boxes to add the sentences that accompanied each scene. The boys loved using the technology and posing for the scenes. I thought to myself what we would need to see what else we could do. I started thinking about the other elements of our literacy process and how technology might be used to enhance them.

"I decided we would add these final details through animation using the Clarisketch app."
As part of our literacy process, pupils will storymap a particular narrative that they have internalised to act as an aide when they produce a rewrite or alternative version. I was clearing out a cupboard in the ICT suite and I found some old talking tins - small devices that would record one-to-two minutes of speech and play them back at the push of a button. Often these would be used to help pupils hold sentences when writing so they can practice them verbally before writing. In my research for an app that might enable something similar to be used on the tablets in class I came across Clarisketch, an app that allows you to narrate and annotate pictures simultaneously.


In our groups, the boys were at the stage where they had created their storymaps and were about to add further details to help them when writing. I decided we would add these final details through animation using the Clarisketch app. Each pupil took a photograph of their storymap and loaded it into the app. They then proceeded to add animations to their story such as rain falling from clouds and arrows showing the flow of the story. The boys ate it up. Each of them produced a storymap animation with narration of the story included. No mean feat when you consider they are drawing the annotations while narrating. Each video is uploaded to its own unique URL and can be viewed on any mobile device.


When it came to writing their retells the pupils had a tablet each, loaded with the URL for their video, and headphones to listen back to the video. They could play rewind and repeat any section of the video they wanted to help them in their writing. The writing they produced was fantastic and a marked improvement on their previous work. What’s more, the boys were eager to go further, not only with the technology but with the topics we were covering.


I then started to explore how else the technology could assist the pupils in other aspects. One of the challenges with the smaller group was a lack of originality in their ideas; not through any fault of the pupils, they just needed that extra push to think of something different. I tackled this through using Uface, an app prepopulated with a myriad of hand drawn features allowing the user to create a variety of characters, with a range of emotions, simply and quickly. This allowed each pupil to create their own character that would be the muse for a short poetry unit. The pupils described features of their character and then created short rhyming couplets from these descriptions. 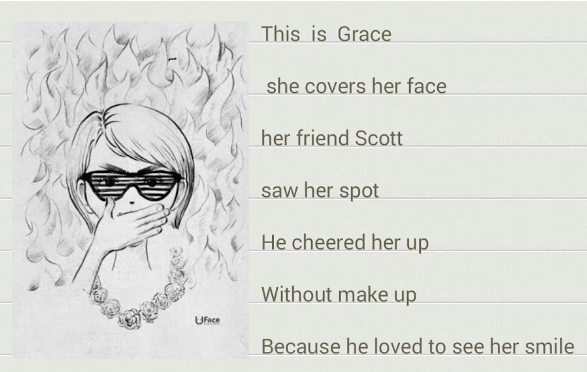 Throughout the year, the boys continued to use technology alongside traditional activities. We stopped needing the full grammar intervention and instead progressed to a short 15 minute activity based upon the principles of Read Write Inc. The boys’ vocabulary and understanding of sentence structure improved greatly, and when it came to assessment some of them had progressed beyond expected for the year. Yet although the data was great it was the fact that the boys were engaged for the whole year that I was most proud of. A group that had the potential to drain resources, had shone out as a beacon of what was possible when technology and traditional methods were combined.

Do you use edtech to get pupils reading? Share your experiences below.

Register for free to continue reading
Registration is a free and easy way to support us.
When you register, you'll join a grassroots community where you can:
• Enjoy unlimited access to articles
• Get recommendations tailored to your interests
• Attend virtual events with our leading contributors
Register Now
Already got an account?
Login
Read 12919 times
Tweet