Dominic Traynor is a Primary school teacher who found that video was the key to unlocking his KS2 pupils' potential in traditional literacy skills like reading and writing. He went on to create A Tale Unfolds, which has now been used in over 1000 primary schools in the UK and internationally. This KS2 resource delivers literacy progress at an average of double the normal rate, while improving the digital skills that are so vital for our digital generation pupils. Dominic continues to deliver classroom sessions as well as training in schools and universities.

Website: www.ataleunfolds.co.uk/ Email This email address is being protected from spambots. You need JavaScript enabled to view it.

Understanding key principles of marketing is incredibly important for schools, because it leads to gains in academic performance, student well-being and staff happiness that make headteachers jump for joy. One marketing guru in particular whose work can totally change the approach of schools is Seth Godin. He is responsible for the now well-known idea of tribes when talking about customers. If we identify pupils as customers, albeit in a setting that doesn’t sell in the traditional sense, it is crucial to understand what is it they’re engaged with on a daily basis, what they enjoy doing, what they aspire to so we can help them find a way to maximise their experience in the classroom. A class teacher is in charge of a tribe. The best teachers understand this and use their interests as a springboard to learning. As Seth Godin would say, “Don’t find customers for your products, find products for your customers,” or rather, “Don’t find pupils for your lessons, find lessons for your pupils.”

So if we are to find lessons for our pupils, we have to understand youth culture. In order to do so, we don’t need to look very far. The superstars of the younger generation are only a click or a tap away. As well as the tribe in their classroom, today’s child is part of a much larger tribe: the YouTube generation.

In the UK, undoubtedly the biggest vlogger is Zoella, who has become one of the most powerful youth influencers. “It is crucial to understand what is it pupils are engaged with on a daily basis.”Having even been made into a waxwork at Madame Tussauds after fans voted for her in droves, she also launched her own beauty label with Boots in 2015. But before you despair at how YouTube is glueing kids to the screen instead of reading, consider that Zoella’s first book sold more copies in the first week than any other book since records began, beating the record set by none other than JK Rowling. The idea that video is stopping children from reading simply isn’t true. In fact, it is the very power of video that is making young people put down their devices and choose to read a real book.

Filmmaking is increasingly being used in the classroom by teachers who understand the wants, hopes and aspirations of their pupils. Recent BBC documentary The Rise of the Superstar Vloggers was an extremely interesting insight into what many people wrongly perceive to be a frivolous activity and an easy route to fame and fortune. Contrary to popular belief, becoming a superstar vlogger involves hours and hours of researching and writing content. When we consider how popular video is with children, it becomes clear that filmmaking is the secret weapon for accelerating progress in schools.

By using filmmaking as an incentive to write, pupils are working to produce the kind of media that they love, while the teacher is easily able to coerce them to improve their writing and reading using video as a constant hook. One such school who took the plunge into filmmaking is Northway Primary School in Liverpool, nominated for the Educate Awards Innovative & Creative Literacy Award. Over the course of 11 weeks, the pupils planned, drafted, edited, performed and filmed their very own adventure film based on El Dorado, the search for the lost city of gold in Colombia made famous by Christopher Columbus himself. 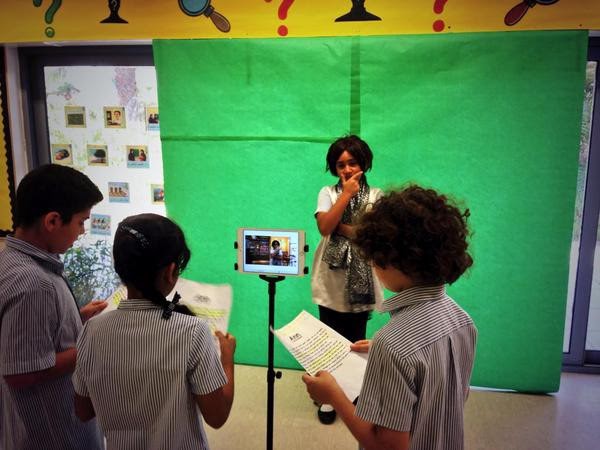 As well as focusing on the traditional skills of reading, they worked tirelessly on incorporating sentence level work into every step of the writing process covering six genres of writing. In piecing together their film, they used a range of apps as well as WeVideo, a cloud-based video editing platform, to produce their final film.

Having assessed their pupils before the start of the project, the team of teachers were overwhelmed by the significant improvements in their data at the end of the project. As well as literacy skills, pupils made huge progress in their digital skills by getting to grips with green screen technology, audio recording and video editing.

“Consider that Zoella’s first book sold more copies in the first week than any other book since records began.”

Head of English at Northway Primary, Yasmin Reed, said: “In terms of pupil progress and engagement, the project was a runaway success as our data shows. Working for purpose and having a real outcome for their work was hugely motivating for them and they responded to the challenge with incredible enthusiasm and a massive appetite for learning. At the end of the project, we hosted a film premiere at Cineworld Liverpool. It was a truly appropriate end to the incredible work from both teachers and pupils.” 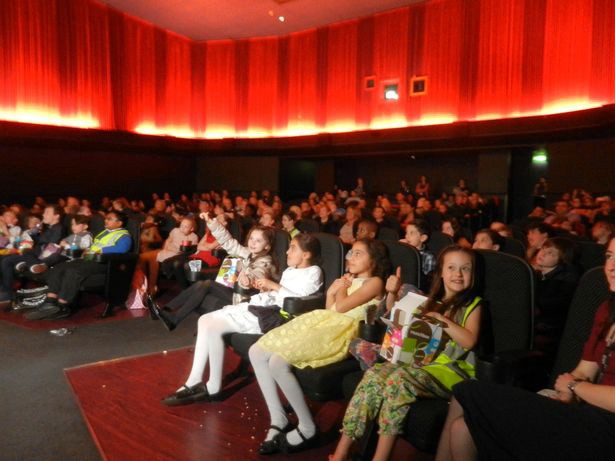 In these tough times of excessive testing and preparation for tests which dominate school timetables, this filmmaking approach should be celebrated and held up as a beacon of innovative education. There is another way to achieve outstanding progress, and the teachers at Northway Primary have demonstrated exactly that. Childhood has changed. Find lessons for your pupils, not pupils for your lessons. It will pay dividends.

Have you used filmmaking in your school? Share your experiences below.

Register for free to continue reading
Registration is a free and easy way to support us.
When you register, you'll join a grassroots community where you can:
• Enjoy unlimited access to articles
• Get recommendations tailored to your interests
• Attend virtual events with our leading contributors
Register Now
Already got an account?
Login
Read 5966 times
Tweet