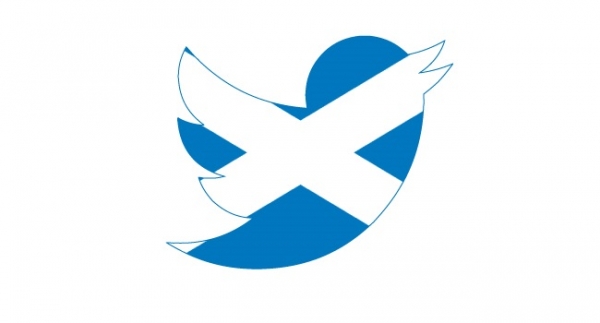 This is a list of 30 recommended Scottish Twitter feeds. Note: this is by no means a ‘best-of’, and the order is unimportant. The list is comprised primarily of suggestions from the public, as well as some of our own choices.

1. @ewanmcintosh - An obvious place to begin, Ewan McIntosh is the educator who created the TeachMeet back in 2006. Ewan is a high school teacher and CEO of NoTosh.

2. @CreativeSTAR - Not only did Juliet Robertson contribute to the recent IMS Guide; she’s a widely-recognised expert on outdoor education, heading up Creative Star Learning.

New student display in the office, some art work and of course support for their team #allblacks #art pic.twitter.com/zOEMkZEI0i

4. @robfmac - Robert Macmillan is a Fife-based Social Studies teacher who tweets (and blogs, via robfmac.com) about technology, politics and where they meet education.

5. @fkelly - Creator of the mighty @Pedagoo, Fearghal Kelly is a teacher keen on spreading edtech tips, teacher CPD and classroom resources throughout the community.

6. @MissCKelly19 - Primary teacher and development officer for digital skills Claire Kelly is a huge advocate of edtech. She recently climbed Ben Nevis in aid of Marie Curie, and brings this energy to Twitter.

Moving onto our new IDL topic, we discussed what we already knew about 'People Who Help Us'. Lots of great ideas! pic.twitter.com/LFtX9c7dBa

8. @aap03102 - Not only does Chris Smith have a massive calculator, as featured on his avatar; he sends out a jam-packed Maths newsletter “to about 1400 other maths folk around the world”.

9. @JayeRHill - The education guru who inspired this list, Jaye Richards-Hill is a member of the Scottish ICT in Education Excellence Group. She enjoys using edtech and social media to enhance learning.

10. @kennypieper - A curator of the aforementioned Pedagoo, Kenny Pieper is an English teacher based in Glasgow. He dispenses wisdom via http://justtryingtobebetter.net.

11. @ElliePrimary1 - Class mascot Ellie the Elephant heads up this account, along with some help from teacher Mary Jalland. The duo’s tweets and blog are bound to inspire energy on even the gloomiest days.

We enjoy reading in all sorts of places. Even under the table!Please tweet photos of where else you like to read. pic.twitter.com/0tX5xGtMSo

12. @cijane02 - Secondary deputy head Mark Healy has been at the chalkface for over 20 years, teaching Primary and Secondary in the UK, the UAE and Hong Kong.

13. @dgilmour - Just as much a rockstar as his Pink Floyd namesake, David Gilmour is a huge fan of ICT innovation and online edu-resources.

14. @MrsPert1 - Stirling’s Caradh Pert is a teacher of History, Pupil Support & Development, and Modern Studies. Her feed is a must for collaboration, getting involved with hashtags such as #ScotEdChat.

15. @GilchristGeorge - A Primary head, George Gilchrist blogs via School Leadership - A Scottish Perspective. His collaborative efforts take place both in person and online, in the UK and abroad.

Leadership tip: collaboration and networking are vital and the ones that have the biggest impact are the ones you build yourselves

16. @ciaracreative - Norn Iron Ciara Gibson is a community-focused teacher based in Highland Perthshire. She bakes, creates art and shows off her magnificent dog Alfie.

17. @ClarkToby - John Muir Award Scotland manager Toby Clark is an ideal expert to consult if you want to get your pupils outdoors and help them understand the importance of wild places.

18. @realdcameron - Scotland’s David Cameron is a regular TeachMeeter, spreading CPD and collaboration across the UK. Political and passionate, he’s always keen to champion others.

20. @IanStuart66 - Now of the mainland but formerly of the island, Ian Stuart is a former deputy head now developing online courses and methodologies for the Scottish government.

So pleased with my first attempt at pumpkin carving #Baymax #bighero6 pic.twitter.com/yJssir493a

23. @stephen_j_duffy - Sanquhar Academy’s Steve Duffy is an enthusiastic teacher with a particular interest in edtech, Computing, Science and leadership.

24. @katiebarrowman - Glasgow-based Katie Barrowman is an English / Literacy teacher and leader of learning. She has a love of collaboration, presentations and good culture.

25. @MissJ0nes - If you want to expand your network, you head over to Primary teacher Lynne Jones’ feed. She retweets top content with glee, ensuring that her own posts are also terrific.

27. @olliebray - Kingussie High School principal Ollie Bray works worldwide as an education consultant, and is passionate about boosting via learning via ICT and outdoor activities.

28. @JMcKerrecher - Jude McKerrecher is an advocate for bringing first-class education to all, and is a professional development officer at Confucius Institute for Scotland's Schools. She blogs via Learning Journeys.

29. @LouiseE_Foreman - Dundee’s Louise Foreman is a development officer and digital skills specialist working for Education Scotland, and is enthusiastic about the opportunities afforded by edtech.

30. @PeopleValues - Having been based in Scotland for the past decade, Irishman Gary Walsh is a curator of culture in education. His background as a classical musician drives him to encourage pupil creativity.

Which Scottish educators would you recommend? Let us know in the comments!

Register for free to continue reading
Registration is a free and easy way to support us.
When you register, you'll join a grassroots community where you can:
• Enjoy unlimited access to articles
• Get recommendations tailored to your interests
• Attend virtual events with our leading contributors
Register Now
Already got an account?
Login
Read 11054 times
Tweet