Considering the best way forward for 1:1 projects in 2014

Given the popularity of debates surrounding tablet learning and BYOD schemes, Group Director for Technology at United Learning Dominic Norrish has written a thorough piece addressing the pros and cons of 1:1 learning. 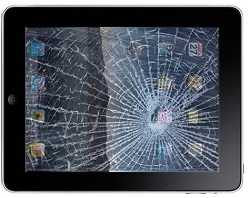 I want to consider, over the course of this post and the next, the reasons why schools are choosing tablets to fulfil their 1:1 ambitions and suggest a slight tweak on how this by-now-familiar formula might be improved. Fundamentally, the reason is easily articulated; schools want to bring the undoubted benefits of a really powerful and functional computer to every one of their students, to be accessed whenever it is the most effective tool to support learning. It’s rarely more complicated than that, at its heart. Tablets are simply the best answer we currently have for distributing access to personalised computing.

But beyond this broad and over-arching ambition, let’s take a look at why tablets specifically are chosen by school leaders for 1:1 projects above other form-factors:

“They’re light and we want our students to carry them to and from school, and around with them all day. They won’t do that with something large and heavy.”

I agree with this, and it’s a critical consideration. If the students won’t bring it in, your project has failed. This was the repeated experience of 1:1 projects prior to 2009.

“Their batteries last all day on a single charge.”

Well, yes and no. True, a tablet will give you several hours of undemanding static content browsing, but like any computer, the harder it has to work the quicker the battery drains. That said, their ad hoc pattern of use combined with a tablet’s ‘instant on’ nature means that if you start fully charged, you’ll be okay for the day. This is a big deal.

“They are more collaborative.”

Easily passed around, less of a barrier than a perpendicular laptop screen and with many applications designed to foster collaboration, this is demonstrably true.

“They just work, all the time.”

Depends on brand, in my experience. Generally tablet operating systems are designed with the ‘average’ living room consumer in mind and some have been built as closed worlds, so that the manufacturer can guarantee that things will always work well together. For a sector notoriously slow to embrace technology, keeping things simple is a good principle to build on.

“They’re intuitive to use.”

Undeniable. Less time wasted learning how to use the computer means more time spent learning with it. A combination of swipe, pinch and prod will get most things done in tablet-land, a place so cut down and minimalist that the average toddler can go from neophyte to Genius Bar employee of the month in a couple of minutes.

“They do things a laptop can’t do.”

Or, more accurately, they have a reliable, highly-functional and well-integrated toolset, converged into a single slab of glass and metal and supported by thousands of cheap, easily deployed and enormously creative applications. Laptop manufacturers would assert that all this is true of their product and they’re wrong in every important respect.

So, with the above list in mind, what are the downsides? I’m going to ignore the obvious canards / general gripes with technology of ‘handwriting will suffer’ / ‘they’re just for games’ / ‘children have too much screen time already’ and focus on the specific problems associated with tablets:

“That onscreen keyboard – you wouldn’t want to write your thesis on it!”

I’ve lost count of the number of times I’ve heard this one (as if thesis writing was an integral part of the Year 8 curriculum). The serious point however is that some people (including – gasp – me) prefer a physical keyboard for extended text entry. And don’t start on about voice-to-text – I’m writing this on a train. However, research is emerging to show that children’s typing speed is actually positively affected by tablets. It’s what you’re used to that matters, in seems.

“They’re only about consuming information.”

To which one is tempted to reply “Yep, just like books!” However, in well-designed learning activities, the tablet is equally useful as a creative tool - just like (blank) books. I’ve seen publishable quality eBooks made over the course of a few hours by groups of children using a tablet’s ability to combine text, video, images and sound into a highly-professional end-product resulting in genuine pride and deep subject knowledge. These are the same children who would ordinarily have laboured for a term with Publisher to make a leaflet the village fete committee would think looked amateurish. For me, this is the tablet’s greatest affordance, brought about through the remarkable confluence of Items 3, 4, 5 and 6 above.

Potentially, just not discernibly. This isn’t a risk unique to tablets (most crime experienced by teenagers is related to mobile phone theft, in fact) but just isn’t very common, for a range of reasons including the multitude of things which schools put in place to reduce the likelihood, which could form an entire blog post in itself.

“They can’t do all the things we need to do for [insert subject-specific activity of your choice].”

This is accurate; no single tool can. Tablets can carry out most computing functions and they are also a lot better than a fixed suite of beige boxes at… well, all the stuff in the first list above. The point is not to entirely replace and replicate specialised equipment but to supplement and to make new things possible, for everyone, all the time. A tablet will also never replace a school’s pillar drill or swimming pool – but it might help people use them more effectively. That said, some primary schools are experimenting with a ‘zero ICT room’ cold-turkey approach.

In my experience, these lists cover the majority of tablets’ benefits and the answers to perceived problems with the form-factor. However, there remains one nagging aspect of 1:1 which deserves to be considered in more depth, and that’s whether all the positives in the first list are really what makes the difference at Key Stages 4 and 5.

Pupils aged 14-18 are engaged in very different activities from those in Y9 and below – with a very different set of final hurdles to overcome – and I wonder if the tablet is the best tool to support this, and whether the benefits of the form are quite so important for older students. I will be proposing one potential for a ‘best of both worlds’ mixed-estate solution in my next post.