Given that huge innovations are being made in edtech each week, it’s exciting to speculate on what devices the average British school will be using in a few years. Dominic Norrish, Group Director for Technology at United Learning, looks at what developments are likely to take place, making three main predictions.

If you are looking for a quick way to destroy your credibility and give people an additional opportunity to sneer at the depth of your ignorance, speculating on how technology may change education is probably the most effective method available to the average blogger.

It’s tempting to say that the classroom of 2017 will be utterly different from those in our schools now; after all, isn’t the white-heat of technology changing every aspect of our lives more profoundly and rapidly than any time in history? Look, we have iPads now! Nothing will ever be the same again!

Technology has failed to significantly disrupt the classroom model which has endured since Aristotle sat a young Alexander the Great down in his cave and told him to look at the front and listen up. Radio was touted as a game-changer, as was TV, as was the microcomputer. Those technologies have altered the world profoundly, but Aristotle would still recognize much in our schools. With this in mind, it is probably foolish to expect the classroom of 3 years’ time to differ in any significant way from today.

Most formal learning, for most pupils, will still take place in a purpose-built room with 20 - 30 of their peers and an adult stood at the front. However, there is a chink in this model which I think will become increasingly apparent by 2017, and that’s the emergence of blended models of face to face and online study in the mainstream, especially at Key Stages 4 and 5. 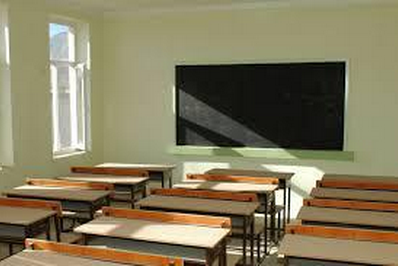 Prediction 1. The integration of online courses into schools’ curricula

A minority of pupils will access an A level or GCSE course run by another institution from the one they’re sat in, through the medium of technology. This may be because their school doesn’t offer Urdu or Archaeology (or whatever), or it may be because the English Literature teaching at X school has a reputation for excellence.

The technology is just about there now. Bandwidth has been one hurdle (such a model will rely on live video) but most secondary schools are moving towards 100Mbps+ connections. There are a number of free delivery tools available, especially in combination (such as iTunesU and Google Private Hangouts on Air) and some paid-for systems that will make online courses a realistic addition to face to face.

It will start small and after-hours, and will have many cultural and behavioural rapids to navigate, but probably by 2017 most classrooms will have a few pupils in them taking a formal part in learning at a distance, blended with face to face adult help and, critically, supported by an online community of peers. I’ve written in more detail on this topic here.

Some schools are already using very slick publishing and distribution tools to create their own branded text-books, shaping the form to hold knowledge that has been curated and presented to best suit their pupils. These resources (and this is far from a new idea) will be more widely used than they were designed to be, and will make some schools a lot of money.

Prediction 2. The ubiquity of mobile

The path towards this is clearly lit, as many schools are already there. There isn’t a single institution I work with (primary, secondary, independent and maintained) that isn’t preparing to go mobile in some way, be it beefing up their wireless or dipping a toe in the water with a class set of devices. It doesn’t seem much of a stretch to suggest that by 2017, every classroom will feature mobile, wireless computers, probably in tablet form-factor and most likely in a 1:1 ratio.

This will mean that many, many fewer managed devices and IT suites are seen in our schools (they’ll soon become the reserve of the specialist course) and, consequently, a different type of technical support professional. In 2017, the role will have begun to adapt to suit the IT estate it serves: more about supporting users in the classroom and less about running the servers.

Another noticeable change will be the slow drawn-out death of the Interactive Whiteboard, as lessons are driven - and engaged with by pupils - through handheld tech. Of course, the average classroom will still feature IWBs for many years to come, but as they fail they’ll be replaced with backlit flat panels - big, bright, dumb TVs, to which pupils’ screens will be wirelessly streamed.
The implications for pedagogy are far too wide-ranging to cover in this paragraph. If a school does nothing else in the realm of technology in the next two years, it should be this: expose teachers to mobile learning at every opportunity and give them the time to grow their own ways of exploiting its positives and dealing with its challenges. It’s a seismic shift, and it’s coming to your school.

Many schools will provide or subsidise devices, but an increasing number will rely on the use of pupils’ own hardware. The pace of the consumerisation of IT means that almost all children will own a mobile computer of some description in 2017, be it an iPad or Kindle (as many do already). It is only the current model of locally-installed applications which makes Bring Your Own Device so problematic. That will be solved by the next change…

Most current BYOD projects in education fail to live up to expectations because of the lack of a common software set. In a nutshell, if teachers can't rely on every child having access to the tools they plan to use, they don’t plan to use them. Usage tends to be restricted to broad, low-level functions (photos, research and note-taking, generally). The result: replication of current practice, limited impact. Currently, only a common platform 1:1 really works this has led to a headlong rush down an ecosystem / workflow channel that’s ended in... iPads everywhere.

By 2017, enough applications will have shifted their delivery mechanism from the device to the browser to make BYOD as effective as it is cheap. Some have already done so (Socrative is a good example) and as all pupil file storage is on the brink of moving securely off-device (Office 365 and Google Drive are leading the way), a workable ecosystem of files and applications will become device-agnostic, accessible anywhere and on anything. The commercial model will also shift (duh!) so don’t expect this to be free.

Combined with light-touch Mobile Device Management to help ensure positive uses, it will be increasingly common for schools to provide only fast Internet and educational expertise, and for children to bring their own cheap screen to access them. Where the school wants to retain more control, devices like the Chromebook (with all its applications in the cloud) will be a common sight. I think by 2017, we may have moved past schools that are serious about mobile learning having no viable option but to run contributory iPad schemes.

That’s what my experience and analysis of trends in early adopters suggests will be the picture in most classrooms in three years’ time. I expect to be proved wrong on every point, but mostly by the speed at which these things take place.

Register for free to continue reading
Registration is a free and easy way to support us.
When you register, you'll join a grassroots community where you can:
• Enjoy unlimited access to articles
• Get recommendations tailored to your interests
• Attend virtual events with our leading contributors
Register Now
Already got an account?
Login
Read 9764 times
Tweet