My teaching inspiration: The All Blacks

James Walton is an enthusiastic, dedicated educationalist who believes in inspiring, supporting
and motivating those around him to deliver outstanding thinking and learning. He’s someone who has proven leadership experience, leading effectively through clear communication, empathy and having the strategic vision and creativity to achieve excellent results. James is a firm believer in promoting a growth mindset in all members of the school community. His goal is to inspire and nurture children, and also to empower staff to become active participants in their learning and development, giving them the opportunity to fulfil their potential and become successful individuals with a positive self-image./p>

Website: mrjpwalton.wordpress.com Email This email address is being protected from spambots. You need JavaScript enabled to view it. 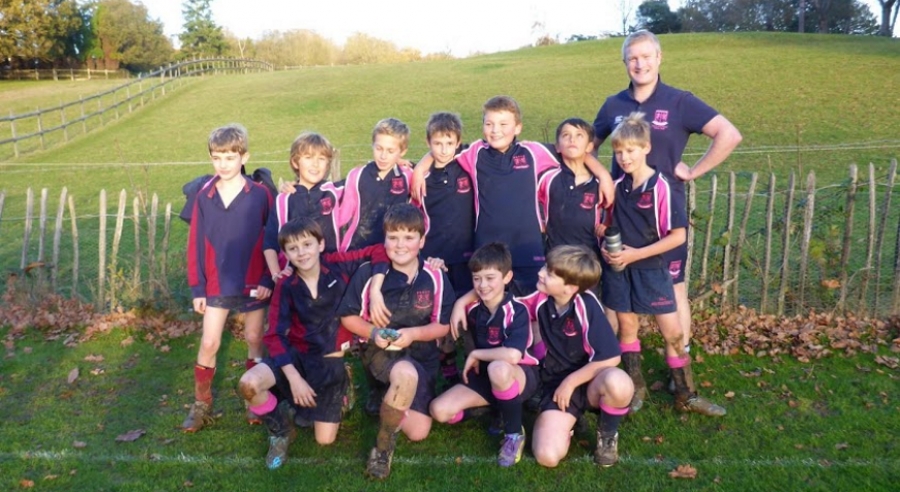 We looked at our focus towards each objective and the way we could collaborate to achieve it. Focus and collaboration are our first two Jane Simister learning dispositions that we are promoting this year through our teaching and learning.

"The captain stayed strong throughout – leading from the side when he was too ill to play..."

I know it sounds dramatic for a Prep School football team, but I am immensely proud of our footballers. I am proud of the way they played for each other and represented their school. I am proud of the development in attitude and mindset. They came together and achieved. Not through individual brilliance or a sudden improvement in specific football skills, but through believing and showing a mindset that has achieved winning results. Their performance improved throughout the season. They made themselves into a team that believes in themselves and in one another. A team like the All Blacks, the most successful rugby team in history, who pride themselves on their values and mindset.

As Owen Eastwood, a successful lawyer and advisor to many sports clubs and governing bodies, including the All Blacks, states:

I strongly believe this statement is one of the most important characteristics we should teach our teams, our children and our learners. Good performance and succeeding takes more than talent or simply turning up or being told what to do.

Throughout the season we had many highs, faced many challenges and found things tough at times. There were changes in the starting line up, the opposition and the weather. All of which challenged the children’s resilience and resolve. The captain stayed strong throughout – leading from the side when he was too ill to play, and showed belief in his team at all times. The other boys showed a desire to play for him, and for each other. When they found themselves a goal down in one match (against our local rivals, no less!), they rallied around each other and found the inner strength to score two goals in the second half to win the game.

Their positive behaviour didn’t finish at the final whistle. After each game they congratulated the other team and then huddled around each other, reflecting on the game, their performance and even talking about what to focus on during the next training session!

The boys have shown they have the belief and character to achieve and succeed through positive effort, focus and collaboration. This is what teams like the All Blacks (had I mentioned that they are the most successful rugby team ever?!) take with them. Seeing the boys in lessons, and walking around the school, I can see that the questions they have asked of themselves on the sports field and in the changing room have affected how they are as people. They have shown that they have the character and belief to achieve and the mindset to work hard and accept challenge as something to help them develop.

Their capability had increased due to their focus on the objectives during training and matches; plus their behaviour meant they showed resilience and collaboration towards the aim of the team; this equates to an improved performance because of their attitude. We know we’re not the All Blacks, but it doesn’t stop us thinking like them!

Do you have a sports team who inspire you? Let us know in the comments!