Adam Chase is the Year 5 class teacher at Old Hall Primary School, where he is also the Computing lead. Adam is also a Bury Local Authority leading teacher for Computing. His focus is using Computing to enhance other areas of the curriculum, rather than it being a standalone subject.

Website: geekyteacher.blog Email This email address is being protected from spambots. You need JavaScript enabled to view it.

The idea of Raspberry Pi came from Eben Upton, Rob Mullins, Jack Lang and Alan Mycroft (of Cambridge University’s Computer Lab); all of whom were concerned by the lack of hardware in a child’s educational diet. In a previous curriculum, and time, we focussed on the software (programs) rather than demonstrating the benefits of different hardware (hard parts you can touch) so the gentlemen mentioned previously started to develop the Raspberry Pi.

The name came from the regular use of fruit in computers, ie Apple and Pi. The latter isn’t something numeric or something tasty; it’s because of the programming language Python, which is the main way to program on the Pi.

What is a Raspberry Pi?

In short, a Raspberry Pi is a small, wallet-sized computer with its parts showing. Its aim was to create a small and affordable computer that children could enjoy. In many ways the Raspberry Pi simplified programming and computer codes. Out of the box you can download (for free) different software from the Raspberry Pi website, depending on what you would like to do with it. For new people the NOOBS package is recommended, this stands for New out of the Box. The NOOBS software can be downloaded and saved onto a MicroSD card, which can then be physically placed into a MicroSD slot on the Raspberry Pi.

Along with a MicroSD slot, there are: 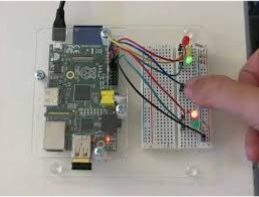 What is on the NOOBS Software?

The NOOBS software contains a number of fantastic programs which will help users to understand programming and computing. Scratch is a program that is aimed at Primary level users initially, however I have seen it used up to A  Level Computing. There is also Python, which is a programming language (or code). This is generally aimed at Key Stage 3, but there is no reason why more astute children at Key Stage 2 level could not access it.

Another program is Sonic Pi. For me this is a really exciting piece of software, as it lets users programme music. Users can start by copying and pasting set instructions (or algorithms) and playing their own music. Following the start process of copying set algorithms, users can start to play around by editing what they have copied, then if they wished they could record their own sounds and add them to the musical instructions.

The next piece of software I should mention is Minecraft Pi - this is a special version made for the Raspberry Pi. It is a very advantageous program as it does not connect to the internet, and is therefore very safe. The Minecraft Pi version is basically the creative version of Minecraft. For anyone not following this trend, Minecraft is a digital building block game with no set goal / boss to defeat. In other versions there are zombies and other such nasties which you can defeat or build something to keep yourself safe, but ultimately it is essentially a digital building block game.

In my day-to-day teaching I have used Minecraft with some engaging results, and it is definitely worth thinking about using. For example, children in my class have designed Anglo-Saxon villages during a topic, and then wrote an explanation text for adults and other children on how to use this software.

There are more exciting things you can do on the NOOBS software, such as browsing the internet by connecting with a Ethernet cable, using Python to make LED lights blink, making buzzers go off and taking time-lapse pictures, but they are the main pieces of software that are worth looking into. If you are interested in researching more about the possibilities of Raspberry Pi’s I would recommend looking at the Raspberry Pi website.

As mentioned by the BBC and others’ previously, the micro:bit has been made in mind as a gateway to devices such as the Raspberry Pi, rather than a replacement to it.

Really the micro:bit is a much more basic computer than the Raspberry Pi 3, and is designed to interact with other devices rather than acting as a stand-alone system. It also has many of its functions attached directly, such as 25 red LEDs that can be programmed to light up, and two programmable control buttons. The Raspberry Pi can do this, but only with additional LED lights which can be placed on the GPIO pins. Furthermore, micro:bit is a 5cm x 4cm circuit board with five basic I/O rings for hooking up other devices and even power.

The ARM Cortex MO CPU chip, is the smallest ARM processor available. It's designed to be extremely small and energy efficient, as well as easy to program with. As the micro:bit is still relatively new there is not a lot known about its capabilities. The Raspberry Pi 3s ARM Cortex-A53 CPU is more powerful than the micro:bit chip; it’s the kind you might find in standard to mid-range smartphones.

Raspberry Pi 3 is a full-applications, processor-based device that runs Linux and Windows 10, while the BBC micro:bit is an embedded software platform that doesn’t run a full operating system. The Pi even features a web-based UI for editing in JavaScript, Python, C++ and Blocks, which has been developed by Microsoft to make programming easier for users to understand.

Both micro computers are aimed for different purposes. The BBC micro:bit is more entry-level, as it's meant to teach children the very building blocks of computing, while Raspberry Pi 3s software showcases a more recognisably modern Operating System that could be seen on modern computers.

I have already highlighted the features of the Raspberry Pi above. The BBC micro:bit has a basic set of five I/O rings, which uses crocodile clips to physically hook it up to other devices (such as sensors or robots).

Additionally, it does feature Bluetooth, so you'll be able to connect it up to phones and other devices wirelessly.

There's also an accelerometer and a compass, so the BBC micro:bit can be used for the kind of directional applications or motion-based games that can be found on a smartphone.
Interestingly, one whole side of the BBC micro:bit is a standard edge connector, which means it can be physically plugged into other devices like the Raspberry Pi 3 itself. The Raspberry Pi could then power it, alternatively two AAA batteries will power the device. 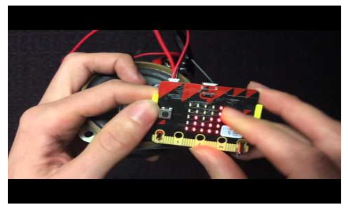 The Raspberry Pi 3 comes at a low price of £30, but that's still much more expensive than free, which is what the BBC micro:bit is for Year 7 users. Of course, most people aren't Year 7 children, and the BBC has confirmed that it will make the micro:bit available to purchase. Originally the micro:bit was going to be made available to buy by 'the end of 2015'. Of course, with the delays in getting the product into schools, it remains unclear when the device will be available to buy and there is no clear guidance on price yet. 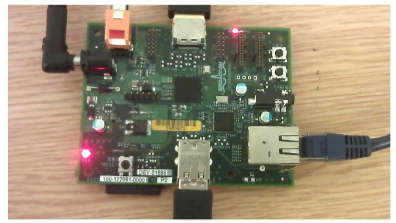 The Raspberry Pi 3 is a much more advanced and practically useful device, but if you or your child is starting at the very beginning of your programming journey, the BBC micro:bit looks hard to beat at the moment.

However, there really is no direct comparison between these two devices. If the Raspberry Pi 3 is a 'first proper computer,' then the BBC micro:bit teaches the raw building blocks of programming at the heart of it. Further, the infrastructure provided by the Raspberry Pi community really is without compare, there are a plethora of guides, videos and tutorials that will enable users to really challenge themselves. For me, the Raspberry Pi is still difficult to match.

Do you use the Raspberry Pi or the BBC micro:bit in your school? Discuss below!