Website: Createinnovateexplore.com Email This email address is being protected from spambots. You need JavaScript enabled to view it.

One way to use mapping tools is to create a narrative. Google Tour Builder lets you drop pins in Google Earth to create a story based on map positions. You are also able to add details and images about why the location is important, or to cite website or primary resource materials. This could be used effectively in the classroom by many subject areas - consider charting the life or conquests of a Roman Emperor. The events of their lives might look impressive as statistics, but seeing the distances ancient cultures travelled is truly awesome on a map. In a lesson on Greek Temples, the concentration in the room was broken by a student squeaking with excitement that they ‘could walk right inside the Parthenon.’ You can pay money for exciting learning moments like that. 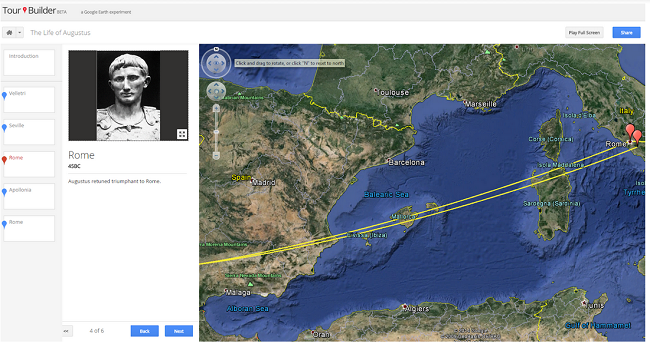 In History, nothing illustrates the futility of the First World War as charting the ground taken in trench warfare. In English, students could create a tour based on the places that a fictional character travels to, and then write their controlled assessments after strolling the same streets in street view. Learning should be authentic and mean something beyond a worksheet, and by allowing the students the chance to walk in the footsteps of those they are studying, Google Tour Builder gives learning an extra dimension.

Google Earth itself is being used by the WWF to help engage people in their conservation projects. By using the resource to map the conservation projects that they fund, they are able to raise awareness of the work that they do and the causes they they support. This real-time information contains the number any species of protected animal that they are helping, allowing students access to the most recent data on these types of animals. It could be of massive use for topic work on endangered animals in a primary curriculum, but could also be used for detailed work at secondary level looking at the impact of human activity, both economic and political, on animal species in Biolo 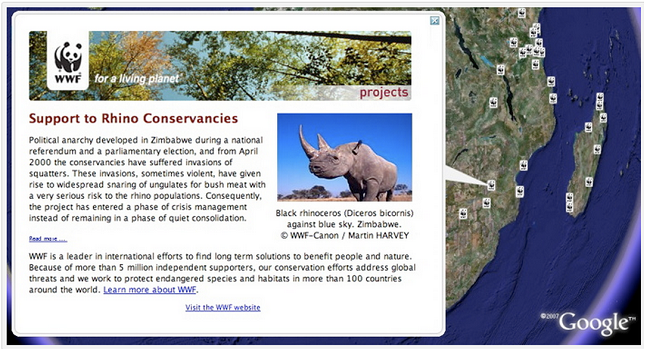 While we are on the topic of Science, I know that street view might not be the most stimulating of tools for many teachers - but did you know that you can now see underground too, such as the Akiyoshi-do caves in Japan? Tell me that won’t give any lesson on rock formations some va va voom!

In many ways, mapping is about imagining and re-imagining community groups, be they local or national. We use maps to draw lines in the dirt and declare ourselves as belonging to a group either side of a line. You can add details to to pre-made maps using Google Map Maker, this could be a very powerful tool for asking learners to map their understanding of the environment. The sum of a learner’s cultural understanding of their position in society, and the ability that they have to express this, can be used to further discussion on social class and equality. As a classroom activity there is a lot that can be gained from a discussion about how students would annotate their local environment, and could be a useful in road for pastoral discussion that otherwise might not have surfaced. So take the bland map of your school environment and do some real learning about those in your classroom and their perspective of the world. 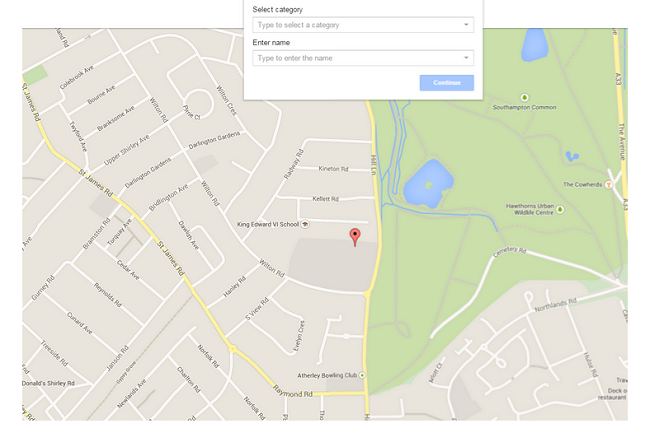 Tutor time can be a bit of a dead zone with kids fiddling on their phones and not much of anything going on. Well. Have a go at competitive Smarty Pins, which is a game that uses places on the map as answers to general knowledge questions. Guaranteed to keep students interested for at least a week of tutor groups. Some teachers have even run competitions in school to see who can get the most points! All good fun - but also gearing the brain up to do good learning the rest of the day 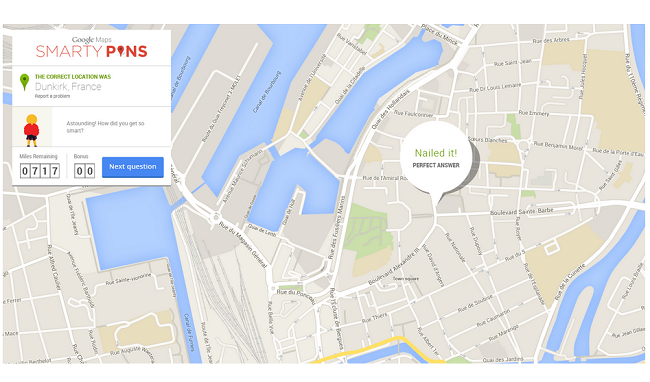 For interests of balance, an awesome non-Googleish tool is the app Sphere, which can be used to take 360 degree photographs. These are linked to a map so that you can find 360 degree environments to explore. You could use these to immerse yourself in a landscape or culture that you are studying, or it would make a really great project to photograph the local environment and link it to the maps in the app. It would also serve as an excellent memory jogger to do this on school trips, so that landscapes can be virtually re-experienced and prompt better quality work.

Maps are very much about the spirit of adventure, something which can be missing from the modern classroom. It can be very exciting to set up a treasure hunt for your class outside using Google Earth Coordinates - a sort of educational geocaching. I have, in the past, set up a trail of hidden clues (particularly like the camouflage bags you can get to hide the clues in!) which had a puzzle and the next coordinates the group had to find. I split the class into small groups and they used their mobile devices to find the coordinates and find the puzzles. You can do something very similar using XNote app where you can hide messages for your class. This is a brilliant starter activity if you have an outdoor lesson, and can really get the blood pumping to the brain as the students rush to find the hidden message. Brilliant and, crucially, not achievable without maps and technology.

Although geography fiends are getting to grips with Geographical Information Systems, ESRI’s Story Maps offers loads of information for the non-geographer. There are plenty of pre-made maps that can be found in the gallery, and it’s a straightforward procedure to sign up and get creating. Imagine a tour of your school built using this! 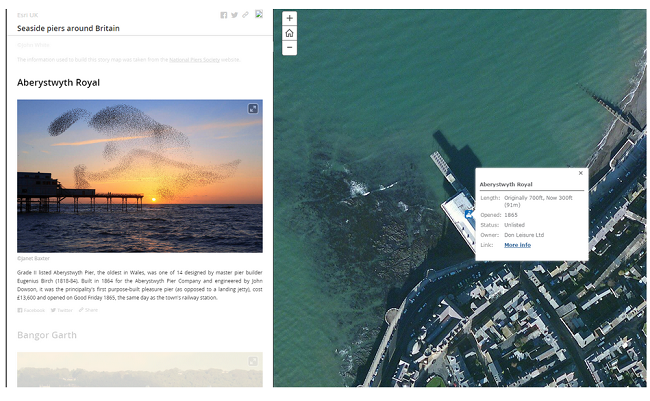 Speaking of creating maps, an essential tool for whole school goodness is Edina’s Digimap and shouldn’t be confined to the geography classroom 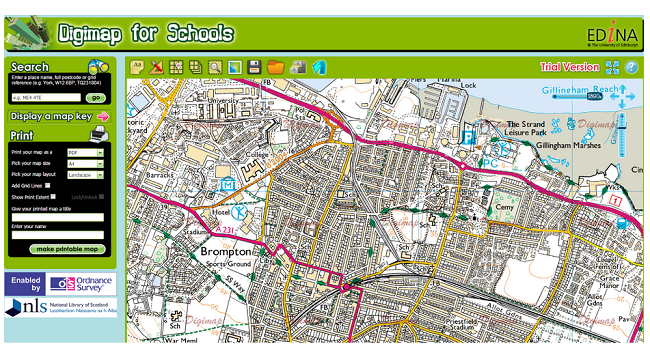 Although it’s a subscription service, what you get is great value and students can create their own maps of any area. In addition, there are high-quality historical maps and images available.

Another free source of Ordnance Survey maps can be found through the Bing Search engine. Navigate to a place in the UK and choose the OS map layer option. This is fantastic for comparing different locations within our nation. At some point, students should get used to ‘proper’ maps and understand that many of the smartphone apps we use today rely upon geospatial data, which is supplied by the Ordnance Survey. 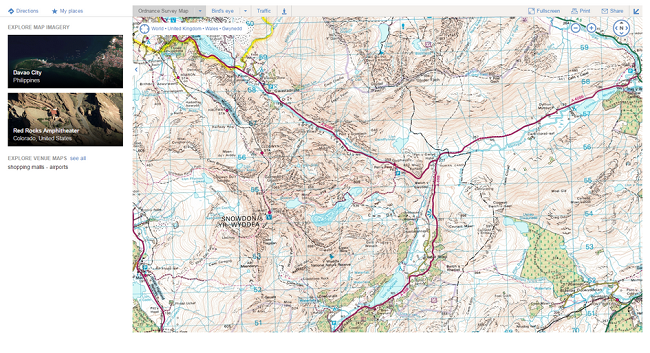 Talking of apps, if you haven’t found geocaching.com, you really should. Watch this video for a background of what geocaching is. If you do nothing else, download one of the free smartphone apps and find a geocache. There are over 2 million of them worldwide, and the likelihood is that there’s one very close to where you are sitting now.

One of the best things is to buy cheap trackables. These are objects that geocachers take from one cache and hide in another. Set it a mission: for example, my son’s trackable has the aim of visiting every continent. I use the map in school to calculate all sort of maths problems, such as average distance, total distance. 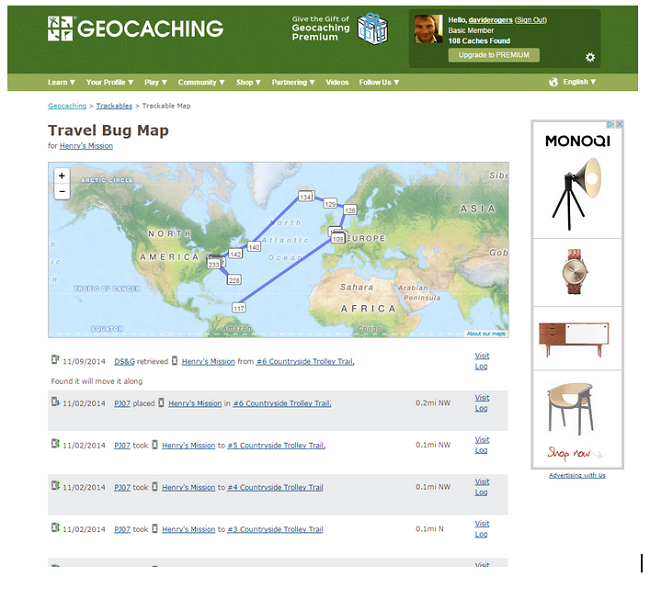 One school I worked in set up two trackables, each with a different mission: to reach Sochi for the Winter Olympics and to reach Rio for the 2016 Summer Olympics. We also linked the geocaching project to a local Site of Special Scientific Interest. It’s simple to set up your own geocache, and you can read more about that here.

Maps can be used across the curriculum in many ways - to inspire and engage and make our classes see beyond the boundaries of the classroom walls. However, the best use of these mapping tools is yet to be found - subverting them to tell stories is the order of the day, and being used to maps the lives of our educational communities.

[This article was co-written by David Rogers, assistant headteacher at Patcham High School, Brighton. David is a geographer and Microsoft Educator; his blog can be found at www.davidrogers.org.uk.]

Do you use mapping tools in your school? Let us know in the comments.