Telling a good story in the History classroom

In my opinion, amid OFSTEDs 2000s obsession with four part lessons and accelerated learning, some facets of History teaching have been undermined, underrated and castigated. One of those is storytelling. Never underestimate the power of a good story in the classroom and the impact one can have, not only on pupils learning in school, but their enduring memory of you and your subject. I recently heard from a Geography teacher who’d spent a 60 minute lesson telling his Year 9 students a story about the evolution of a rainforest. He said it was his favourite lesson (and theirs). When those same students were in Year 10 and 11 they would ask him to tell them the story again! Like 6-year-olds love their favourite nursery rhymes, students love experiences.

If those experiences are memorable, they will help them to learn. Here are some of the most popular quirky anecdotes I use in History lessons:

Cromwell and his painting

Start by showing students this famous painting of Oliver Cromwell by Samuel Cooper: 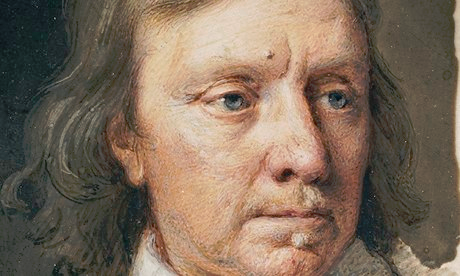 What do the students think the painting suggests about Cromwell’s personality?

It was the custom of the age for portraits to be painted in heroic style. Armoured knights on dashing chargers was the usual thing. Oliver Cromwell had to be different! He didn’t want to be painted as a romantic hero. He wanted a plain and honest picture. The tale goes that he threatened to not pay the artists a penny unless the portrait showed him “warts and all” which is where the saying comes from. The precise phrase was “Flatter me not at all, but remark all this toughness, pimples and warts as you see me”.

John Steele was an American Parachutist of the 82nd airborne who was dropped on the night of 5th/6th of June 1944 to capture the town of St Mere Eglise. Unfortunately, he and his comrades landed slap bang in the centre of the town. It was a massacre. The Germans mowed down most of the unfortunates who landed in the town centre before they touched the ground – apart from John Steele. He landed on the church steeple and his parachute wrapped around it. He subsequently played dead there for 12 hours until the Germans were kicked out of the town by the advancing armies from the beeches. Unfortunately for John, they rang the church bells in his ears for 12 hours to signal the beginning of the invasion, he was rendered partly deaf for a short period afterwards.

This story is featured in the classic 1960s film The Longest Day and it’s always nice to enliven this story by using the clip from this film. The villagers of St Mere Eglise have commemorated John by placing a plastic dummy on the church spire – great for a trip. 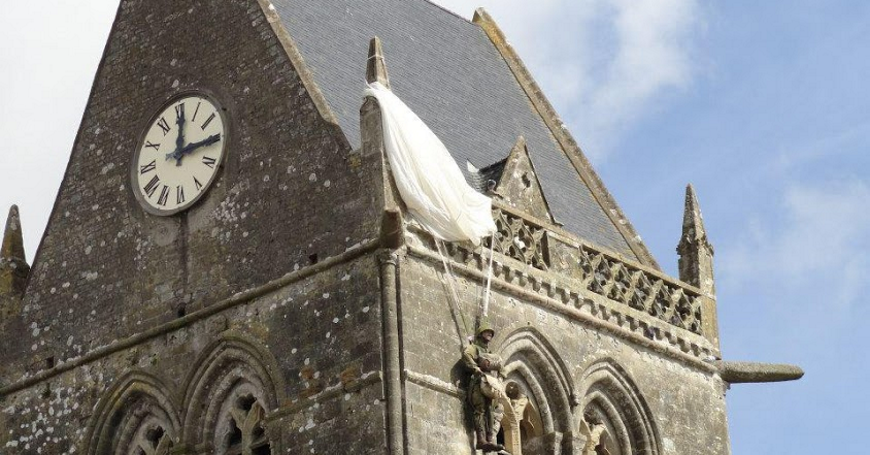 The London Mayor and the Fire of London

After showing students this interactive 360 degree view of London burning and learning about the fire, this story really puts the cherry on the cake. On the morning of the fire (which was early on a Sunday morning) the mayor of London was woken up at 5am by some highly concerned officials who told him there was a huge fire brewing in the city. He looked out of the window of his house and replied “my grandmother could piss that out!”. The mayor was apparently nursing an awful hangover at the time.

It was a few hours later that he woke up feeling hot and the fire was blazing close to his bedroom window. Charles II was not the best pleased!

William McFadzean and his VC 1916

I presented this one at our Remembrance Day assembly and have used it several times over the years in the context of teaching the Battle of the Somme, as well as PSHE. There has been relatively little written about the death of William McFadzean, but therein lies the appeal in using it, because students love the exclusivity of learning about something that time may have overlooked or forgotten.

Here is the citation for his Victoria Cross to give you some idea of his unique actions:

“For most conspicuous bravery. While in a concentration trench and opening a box of bombs for distribution prior to an attack, the box slipped down into the trench, which was crowded with men, and two of the safety pins fell out. Private McFadzean, instantly realising the danger to his comrades, with heroic courage threw himself on the top of the bombs. The bombs exploded blowing him to pieces, but only one other man was injured. He well knew his danger, being himself a bomber, but without a moment's hesitation he gave his life for his comrades.”

So, what are your “exclusive” anecdotes?