What The Grinch means to me as a teacher 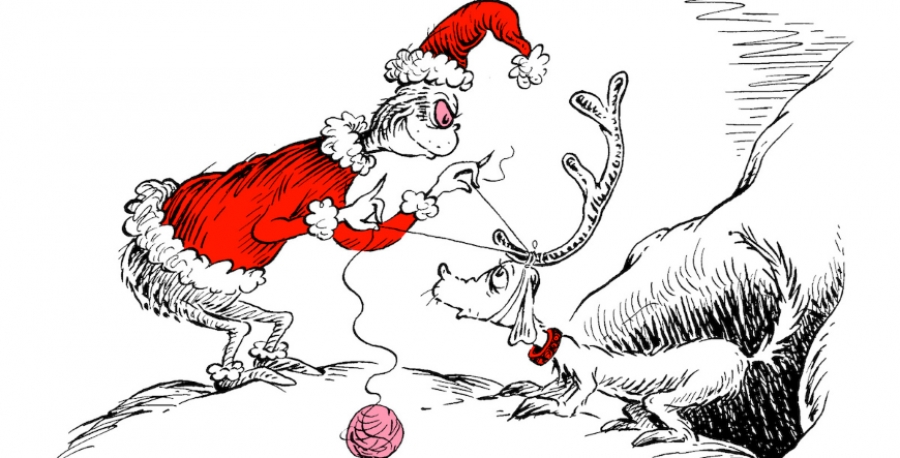 It is wonderful to write again for Innovate My School. I miss having the outlet of letting my thoughts go onto a computer screen knowing that someone will read them and share them. Even my mom has gotten excited about my writing. So let’s dive into this topic of mean.

With Christmas season upon us, it seems fitting to bring up the Grinch. Disclaimer: This article will have random quotes from Dr. Seuss’ How the Grinch Stole Christmas - some relevant, others for the heck of it. I wanted to rhyme this entire piece of writing, then I thought about how annoying that would be to write and for readers to read.

“Why, for year after year I've put up with it now. I must stop this Christmas from coming... but how? I MEAN... in what way?”

I love the Grinch. He and I have so much in common. We both don’t like Christmas. He has evil reasons, while I just think that it’s just too commercial and sometimes annoying (in America).

“BRILLIANT! You reject your own nose because it represents the glitter of commercialism. Why didn't I think of that? Cut, print, check the gate, moving on.”

The Grinch is also green, and even though it’s not my favorite color, I have been told that I look good in green. He is probably green to show his envy of those enjoying life, but nonetheless, he looks good green.

Whomever said it’s not easy being green hasn’t seen me with my green shirt with a blue tie and socks to match. The Grinch is very mean, and in my school some of my students think the same of me (we’ll get to that more later).

One last thing that we share is scheduling. When I’m scheduling my week and creating my lessons, I often think to myself:

But in all seriousness, I really am crazy busy. Teaching is enough to fill anyone’s schedule, but then coaching three sports in three different seasons is just ridiculous. No complaints, just thoughts. Lastly, I love Jim Carrey. The dude is pure comic genius and therefore perfect for the Grinch. He’s phenomenal. He’s a mean one. Well, he was a mean one in the movie at least.

I want you to think of the meanest teacher you had, have, know, or knew. How would you describe them? Would you say they are rude or inconsiderate? Would you say that they aren’t fair? Do they make things more difficult to understand? Are there words you can think of that you can’t say in the presence of impressionable children? Whatever you may think of them, you’d probably be supported in your opinion of them by one person or another. That teacher may be in a position where they are worn down. They may be in the wrong profession. They may just not have the skills to cope with the challenges of teaching. They may have simply lost passion for education.

I love education, and just the idea of other people improving. That being said, I am a very structured person. It may not often seem like it, but those closest to me know it best. I have to have things a certain way or I don’t like it. The same goes for my classroom, my procedures, and my routines. My students this school year have come to realize this, but many dislike it. They had a rough go of things last school year with a teacher that was very much the opposite of me. They are not used to the structure that I provide. Therefore, they perceive me as mean and unreasonable. They see my structure as a punishment and they see my correction as mean.

There are many days where it would be easy to just yell at them and behave as they sometimes do, but I know that I must be an example of how to appropriately behave. Similar to some of you that have had a teacher, or maybe more than one teacher, that you would love to say some colorful words to, my students have felt the same. However, I have something that the Grinch didn’t see until the end of his story. I have the support of others and I love it, even if I do have some students that dislike me and some students that give me issues.

“And what happened, then? Well, in Whoville they say – that the Grinch’s small heart grew three sizes that day.”

Register for free to continue reading
Registration is a free and easy way to support us.
When you register, you'll join a grassroots community where you can:
• Enjoy unlimited access to articles
• Get recommendations tailored to your interests
• Attend virtual events with our leading contributors
Register Now
Try Later
Already got an account?
Login
Read 4312 times
Tweet