Two weeks ago we shared five key dates, from September to January, that schools can use to deliver lessons that offer something different. Here, we cover February to July.

An unmissable event for all schools, #SID18 is a chance to delve into both e-safety and digital citizenship. Taking yesterday’s article by Tim Head as a jumping-off point, ask pupils if they think they’d pass ‘The Granny Test’ (as in, what would their nans think of their online behaviour?).

Another idea would be to use Classtools’ Fakebook generator and create several dummy pupil Facebook pages. Each of these will have digital citizenship faux pas (such as a phone number) littered throughout, and pupils need to identify what their fake peers have done wrong.

The main highlight of WBD is, of course, the costumes. While it’s amazing that pupils get such a perfect opportunity to celebrate their favourite literary characters, why not go one step further and have them create new ones as well?

First of all, ask pupils to write down their favourite novel. Then, ask them to create a character who exists in the world of that book. Pupils can describe this person, discuss where they fit in within, say, The Tale of Despereaux and how they might interact with the novel’s established characters. To round the activity off, you could even ask pupils to have a go at drawing or painting these newly-birthed characters - a perfect opportunity for an English / Art collaboration. This fan fiction session will build both literacy and creative writing skills, and is an ideal way to get pupils even more invested in their favourite books.

One that’s ideal for both the English and History classroom. Form a session around etymology by having pupils each submit 20 words they love a week in advance (hopefully “onomatopoeia” will pop up more than once). Then, on English Language Day, discuss as a class some of the most fun origins. How did that word come about? In what context was it originally used? How has it evolved over time? Like with the case of Americans and the word “fall”, are arguably older terms used in English-speaking countries around the world other than the UK?

Another activity sees a crossover between English and MFL. As a class, take a look at what non-English words have informed the language we speak today. Once you get past the older Latin words (“this lesson will be a bona fide learning experience through exploring words ad nauseum”), you can give pupils carte blanche to see what foreign terms and loanwords they can think of being handy in daily life. The French gave us “entrepreneur” and “cinema”. The Germans, “delicatessen” and “rucksack”. “Moped” was coined by Harald Nielsen, a Swede. See how many links your class can find to other languages. Image: Star Wars In The Classroom

It’s now ubiquitous, so you may as well make Star Wars work for you. The team at Star Wars In The Classroom aren’t half-witted, scruffy-looking nerf herders - they’ve been educating via Star Wars for nearly thirty years. To ensure that pupils come back (and in greater numbers), they weave the science-fantasy saga into subjects like English, Social Studies, Science and History, and they’re great at sharing first-rate resources. For example, when it comes to robotics, pupils can create their very own R2 units with the R2 Builders Club. Meanwhile, English teachers can deploy Ian Doescher's William Shakespeare's Star Wars series:

In advance of May 4th, visit their site and @StarWarsinClass on Twitter! 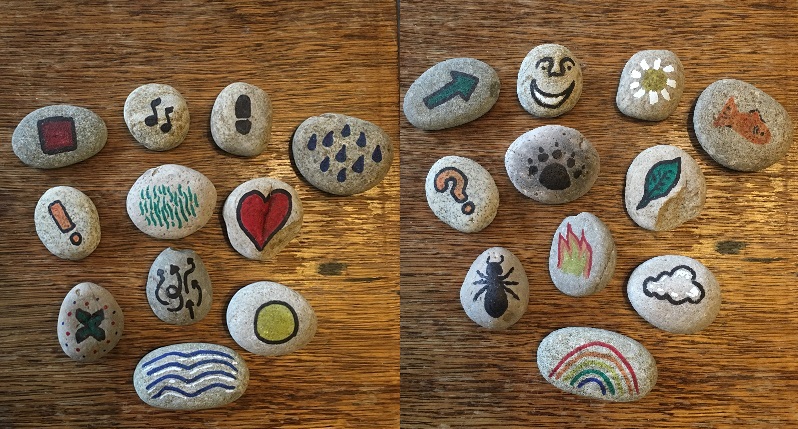 Kids love a party - so on International Picnic Day, throw them an outdoor feast! Of course, this presents a ripe opportunity for outdoor learning. Weather permitting (you may need to do this on a day close to 18th June), invite pupils outdoors for an active learning session (Mike Watson covers alfresco Maths and English lessons in the new IMS Guide), or perhaps get them involved involved with some PE (get those appetites going).

For lunch, bring out the food - you could even liaise with your parent community and find some willing grub-donors (“doesn’t Sammy’s dad make some mean coronation chicken scones…?”) Remember those veggie and vegan options, and don’t forget to make sure you tuck in also! This is an ideal excuse to dine with the pupils in an informal atmosphere, to build those bonds and reinforce relationships.

After everyone’s been fed and hydrated, enjoy a more relaxed lesson. Sam Flatman has already written about how literacy can be taught outdoors - other options include art (chalk on concrete, paint on walls) or music if you’ve the right environment for it.

Moss Side’s Emmeline Pankhurst was in 1999 named one of Time magazine’s Most Important People of the Century. It’s easy to see why; the suffragette leader founded the Women's Social and Political Union (WSPU), and was an integral part of women's suffrage being achieved in the UK.

With this in mind, you might use 13th July (Emmeline Pankhurst Day itself is on Saturday 14th July) to discuss some of the people who fought for the rights we take for granted today, and those who are still doing so. Alex Fairlamb has already written about how she loves to bring the suffragette movement into her classroom, and Emily Folorunsho has shown how she discusses Dr Martin Luther King Jr in her lessons. Other areas of focus might include Malala Yousafzai (fresh off her A Level victory), Oskar Schindler, Harriet Tubman, Liu Xiaobo, Maya Angelou and Raif Badawi. On Friday 13th July (or alternatively International Women's Day on Thursday 8th March), give your pupils some new heroes.

What dates would you add? Let us know below.

Register for free to continue reading
Registration is a free and easy way to support us.
When you register, you'll join a grassroots community where you can:
• Enjoy unlimited access to articles
• Get recommendations tailored to your interests
• Attend virtual events with our leading contributors
Register Now
Already got an account?
Login
Read 3291 times
Tweet