The BBC is the world's leading public service broadcaster. Their mission is to enrich people's lives and inform, educate and entertain.

Website: www.bbc.co.uk/tenpieces Email This email address is being protected from spambots. You need JavaScript enabled to view it. 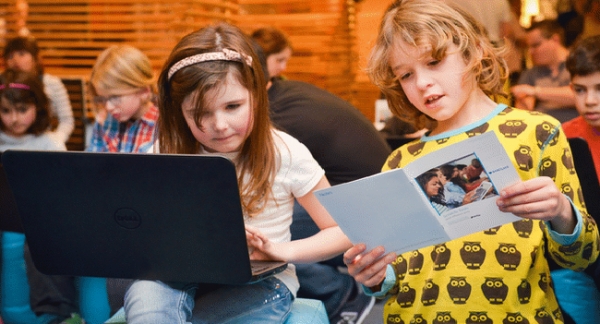 The BBC will be offering a wealth of exercises and entertainment to show kids what the world of coding and programming has to offer. A drama based on the creation of British game series Grand Theft Auto will be aired, along with a documentary on Bletchley Park, where renowned computer scientist Alan Turing served the British military.

Joining forces with the likes of Microsoft, BT, Google, Code Club, TeenTech and Young Rewired State, who will all be getting involved with the campaign, the BBC hopes that Make It Digital will address the need for 1.4 million "digital professionals" by the British workplace over the next five years.

"This is exactly what the BBC is all about - bringing the industry together on an unprecedented scale and making a difference to millions," said BBC director-general Tony Hall. "Just as we did with the BBC Micro in the 1980s, we want to inspire the digital visionaries of the future. Only the BBC can bring partners together to attempt something this ambitious, this important to Britain's future on the world stage."

The Micro Bit computer is still in the prototype phase, and the BBC is working with several partners, including chip-designer ARM, Microsoft and Samsung, to make sure that the final device is perfect for schools. The final product will be compatible with the Touch Develop, Python and C++ coding languages.

Make it Digital controller Jessica Cecil said: "With a dedicated season of programming on the BBC, 5,000 digital trainees, one million children who take their first steps with a Micro Bit, and a host of educational activity, we hope to inspire a new generation to get creative with digital.”