How we tackled major behaviour issues at Merrill Academy

Class Charts has been designed by a teacher with 16 years of experience in the classroom. We know how important it is that software is simple and easy to use for your teaching team, and understand the need for SLT to have a powerful reporting engine which gives them the information they need in seconds. 100% of our schools who were rated ‘Requires Improvement’ for personal development, behaviour and welfare by Ofsted improved to ‘Good’ at their next inspection.

Website: www.classcharts.com Email This email address is being protected from spambots. You need JavaScript enabled to view it.

I am Marcus Shepherd, a 28-year-old BME headteacher at Merrill Academy. Prior to September 2016 behaviour was extremely poor, with several students displaying extremely poor attitudes towards learning and behaviour which could not be managed effectively. A number of students would display extreme behaviour, and this would result in several incidents and issues occurring throughout the day. Students would regularly be out of lessons and running around corridors, causing disruption to lessons. In lessons and around the academy, students displayed constant defiance and extremely poor engagement in their learning.

Disruption was so bad that OFSTED stated that it was not possible to teach learners effectively in the current state of behaviour. The culture of behaviour management was 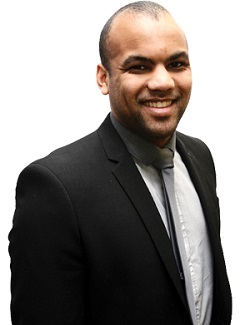 extremely negative, with very few positives being awarded and pupils rarely being rewarded for their good attitudes and behaviour. On top of this sanctions were meaningless, with nothing being followed up as students would refuse to do any sanctions and staff were overwhelmed with the sheer volume of what they had to deal with.

In September 2016, we implemented Class Charts. With this platform, we first implemented a new behaviour policy with both a consequence and reward system. The C and R points are driven by Class Charts and are used every lesson, every day. Students are aware of what the sanctions are for consequences, but also what the rewards are for displaying positive behaviour towards their teacher and their learning. The data created by Class Charts is analysed daily by mentors and teachers to allow for fantastic attitudes to be praised and poor behaving students to be picked up and dealt with. This is also shared with parents through regular phone calls and postcards.

We have set up a rewards badge system where students are rewarded for reviving a certain amount of positive points. The award is a high quality lapel badge which is worn at all times as a sign of their fantastic achievement. These awards are given out in house and whole school assemblies and parents are invited in to see their child receiving the award.

We have then implemented a brand-new tutor system, which we call a mentor system. Almost every member of staff in the academy (all but four) is a mentor. This group is vertical and contains students from years 7-14. Mentor groups meet at the end of the day for 25 minutes and all mentors go through the positive and negative points which have been received on that day. The mentor is also there to support the welfare of their mentees and ensure that their mentees are behaving in the best possible way. Mentors range from the headteacher to the dinner ladies and all in between (I mean everyone!).

We have utilised so much of class charts to support us with behaviour. The live activity feed has allowed us to be proactive with dealing with negative behaviour and ensured that our student engagement team respond to low level disruption quickly and effectively to ensure that it does not escalate to more difficult and challenging behaviour. We have also used the AI function which allows for staff to see which students are not a good combination and split up any negative partnerships whilst encouraging those which are positive.

We have just had our first OFSTED monitoring visit, which was the first positive praise we have received as an academy (ever). The inspector was EXTREMELY pleased and delighted with the rapid and sustained improvements and progress we have made since the last inspection. They talked about the development of our culture which is something we are extremely proud of!