Motivated by the writing and filmmaking efforts of classrooms across the country, this summer we’re hosting the very first LitFilmFest. This one-day event, taking place on Monday 19th June, will champion KS2 pupils’ writing and cinematic efforts, with winning classes shooting their films professionally before watching them on the biggest screen in Britain - the BFI London IMAX.

The entry requirements are simple: teachers download lesson plans and resources from a choice of four categories, with pupils then writing and producing a short film before submitting it to LitFilmFest ahead of the 17th May deadline.

We founded the festival because, like so many teachers, we’ve witnessed the impact that a purposeful, digital goal and an audience can have on children’s motivation to write – be it to entertain, inform, persuade or challenge. But as well as raising literacy attainment, filmmaking provides an excellent platform for young people to become more socially, politically and environmentally active.

With the upcoming snap general election in June, many teachers are keen to initiate political discussion within the classroom. Colin Grimes, from Rothbury First School in Northumberland, recently completed our Pupil Prime Minister project with his Year 4 class. He noted that the project helped his children to see a range of national issues from differing points of view:

“Having these debates in class has helped the children to see that we cannot judge the whole nation by our tiny part of it. By showing them that the work in their books can have an effect on the world outside their classroom, they’ve been really inspired.”

As well as promoting political engagement, LitFilmFest also provides projects that advocate environmental change too. Through our three-week Plastic Times resource, pupils research, write and produce a news report to document the growing issue of plastic waste, before considering their own innovative solutions to create a healthier planet. 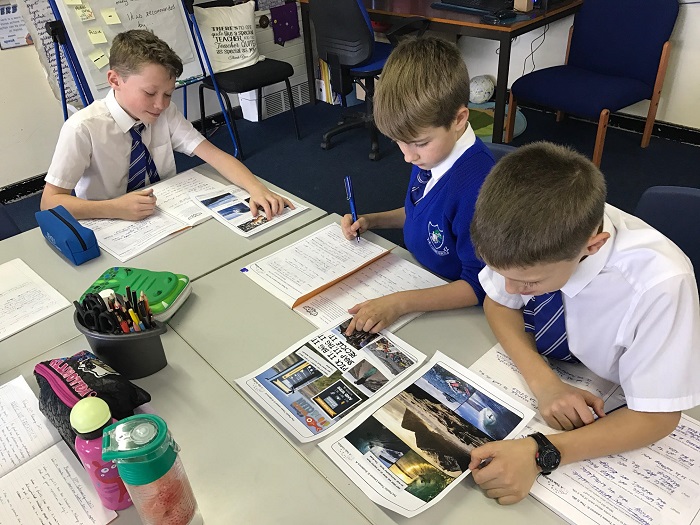 Class teacher Laura Venn, from Tubbenden Primary School, commented on a lasting impression the project had on her pupils that far beyond academic gains: “For us, the progress was clearly evident in their writing, but the project also had an impact on other areas of their learning. What began as a filmmaking project, developed far beyond our expectations, igniting a united passion amongst the children to make a positive change for our future.” You can watch the news report Laura’s pupils produced here.

One of our key objectives is to provide children with the opportunities to really take ownership of their learning. Teacher Adam Mitchell, who challenged his class to create a WW2 movie using our Film Trailer resources (one of the quickest ways to enter LitFilmFest), said:

“I’ve used film and video in class many times before, but the reason this project worked so well is that they were the storytellers, the experts. They knew that in order to do justice to the stories, they must feel real, not like the recount of a child. This became the driving force behind their truly incredible writing.”

Children invest in these projects not only as individuals, but collaboratively too. As narrator, director, cameraperson or actor – every role contributes towards the shared success of the end-goal. By discussing, debating and rehearsing ideas within groups, pupils establish purposeful opportunities to hone their speaking and listening skills – an aspect of the curriculum that can sometimes be overlooked.

Ultimately, we hope to inspire teachers to embrace digital literacy as much as pupils, and we’re always humbled to hear from educators on social media who’ve really enjoyed the projects.

Is your class submitting an entry to LitFilmFest? Submissions are accepted up until Wednesday 17th May, with the festival taking place on Monday 19th June at the IMAX, London. If not, you can still find out how to integrate filmmaking into your literacy lessons this term by checking out the range of projects over at www.ataleunfolds.co.uk/resources. Contact [email protected] for more information.