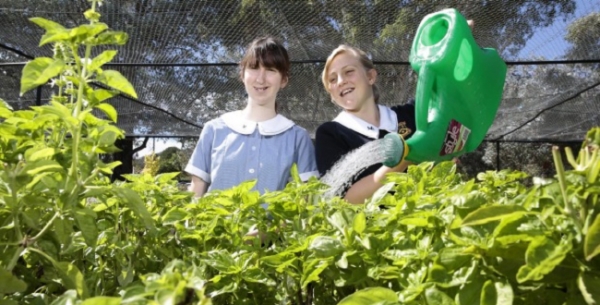 Teachers at Swiss Valley Primary are launching an innovative gardening project. According to the Llanelli Star, the school’s pupils were yesterday selling seeds and seedlings at the town’s Indoor Market. This activity mirrors a school garden in Canberra, Australia, where the garden and canteen enjoy a cyclical system.

Representatives from Swiss Valley Primary School, Carmarthenshire sold a plethora of seeds, including peas, broad beans, runner beans, onions and seed potatoes in Stepney Precinct. The school has been working on their garden since 2012, and boast 15 raised beds, four glasshouses and two areas where children can plant directly into the soil. 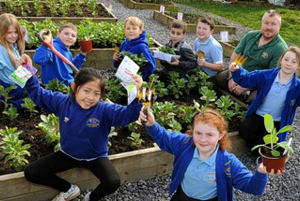 "The aim of the garden is to provide an opportunity for children to learn skills across the curriculum,” said teacher Neil Lane, “by providing them with opportunities to grow their own vegetables, buy and sell seeds, seedlings and vegetables as well as learning about the benefits of a healthy diet.

"The project is also run as a business to introduce pupils to buying and selling products, designing packaging and advertising. Its aim is to be self-financing so that the project runs a profit which is re-invested to buy the seeds we later sell and plant."

Meanwhile, Merici College in Canberra, which caters to girls aged seven to twelve, opened its vegetable garden and chicken pen 2011. The area uses food scraps from the canteen as compost. In return, the school is supplied with food from the garden. In 2014, the project produced $7500 worth of vegetables and eggs, as well as over $2000 from the sale of tomato seedlings.

Sustainability teacher Fiona Buining said: “Students will eat things straight from the garden. There was a girl yesterday who ate a green capsicum and I was really surprised because she's not the sort of person who would usually do that, and she said it was really nice. I like to think we're growing the growers.”

For more information, visit the Llanelli Star and the Canberra Times.