An introduction to Drama in the Primary classroom

Alison Chaplin is the Manager of Arts On The Move, a company providing drama support for schools, including great Shakespeare workshops and play adaptations for KS2 and KS3.

Website: www.artsonthemove.co.uk Email This email address is being protected from spambots. You need JavaScript enabled to view it. 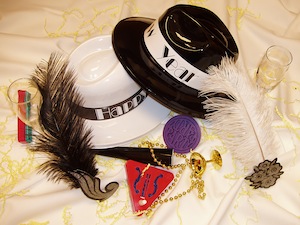 At the core of all drama is the concept of shared experience: of sharing thoughts, feelings, ideas, opinions and information. Drama also, by its very nature, encourages participants to explore personal and social issues and builds self-esteem. But drama is at its most effective when used in the primary classroom to support and enhance thinking and learning.

For example, when reading and discussing the traditional story of Goldilocks and the Three Bears, drama could be used to explore behaviour by placing certain characters from the story on the ‘hotseat’ – this can involve either the teacher or pupils working in role.

Drama methods can also be employed when working on a fable by Aesop: children can be asked to create freezes of the three most important moments in the story – this encourages them to think about the salient points and to distil the story into what is essentially at its core.

For older pupils, a lesson on Macbeth can be turned into a trial with prosecution and defence each putting their cases accusing or defending Lord Macbeth as the murderer of King Duncan. A more interesting development of this idea would be to put Lady Macbeth in the dock instead!

Using drama as a teaching tool in this manner means that most drama methods require very little room and no equipment but, as the new school year starts, you may want to collect a few items which will enable you to use drama effectively in the classroom environment. My recommendations for basic drama equipment would be as follows:

You will also benefit from a couple of good drama books: a basic book of drama games, and a book on using drama in the primary classroom. There are several good titles out there. I have always found the following books to be very useful: 100+ Ideas for Drama by Anna Scher and Charles Verrall (ISBN 978-0435187996) and Beginning Drama 4-11 by Joe Winston and Miles Tandy (ISBN 978-0415475839) but you may have your own favourites. Alternatively, some great recommendations have been given by highly respected drama practitioners at http://dramaresource.com and www.peterkennedy.net.

For those new to teaching, or new to the subject of drama, it needn’t be as daunting as you think. Start small, start simply, build a small box of tricks that you can use with your class; collect items that will prompt discussion and inspire creativity and, armed with a couple of good books and a bit of confidence, you will discover the joys of using drama in the primary classroom.